Gungrave GORE is an upcoming action game where you play as an undead gunslinger fuelled by blood and rage.
Leah J. Williams 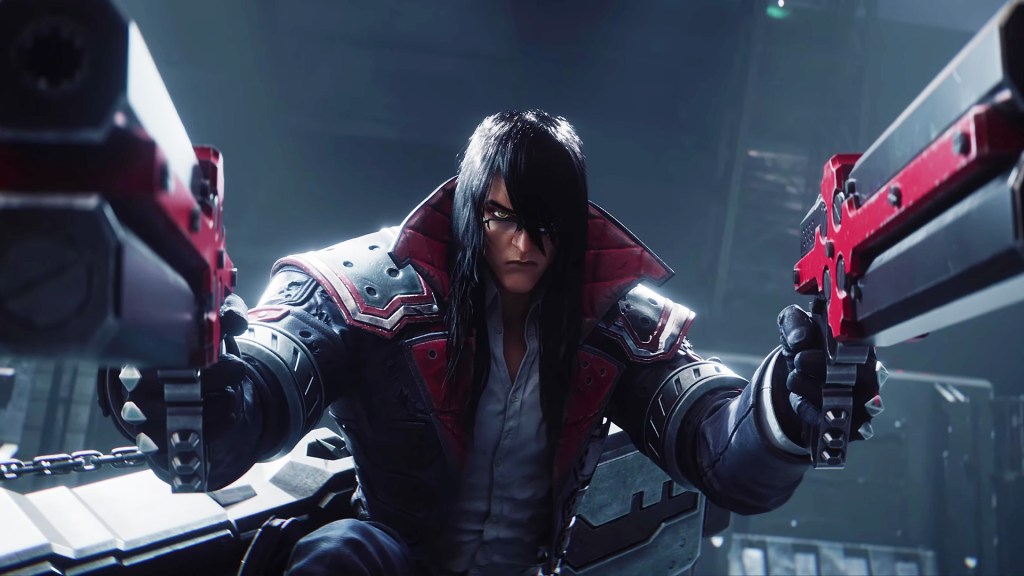 Gungrave GORE, the long-awaited sequel to the classic PlayStation 2 franchise, has finally been given a new trailer and launch window after several years in development. The title was first announced in 2017, and has since received two virtual reality chapters: Gungrave VR and Gungrave VR U.N. exclusively for PlayStation VR. These titles are designed to serve as prequels to the story of Gungrave GORE, which now looks closer to launch than ever.

A new trailer for the game shown off during IGN Expo featured plenty of flashy action, and the return of goth protagonist Beyond the Grave (Grave, for short – although his real name is Brandon). While years have passed since Grave’s last major adventure, that doesn’t seem to have dampened his fire – or his creative gunplay. With twin guns and a canon at his side, as well as a rocket-powered coffin, Grave easily takes on mobs of enemies in this trailer, cutting them all down to size.

As the gameplay-infused trailer makes clear, this is a game with three priorities in mind: ‘bullets, beauty and badass’ – all embodied in Grave’s bloody, over-the-top antics.

This looks to be a game for anyone who loves the gothic, demonic action of Devil May Cry – with Grave looking right at home as the undead, gunslinging protagonist of this wild adventure. He’s got guns, he’s got cannons. He’s even got a giant saw. You’ll be able to use them all as you romp your way through enemy mobs and pump them full of lead.

Gungrave GORE looks set to be a blistering, and incredibly fun time. It’s set to launch in Spring 2022 (Southern Hemisphere) for PlayStation 4, PlayStation 5, Xbox One, Xbox Series X/S and Windows PC. Stay tuned for a firmer release date as we enter the third quarter of the year.