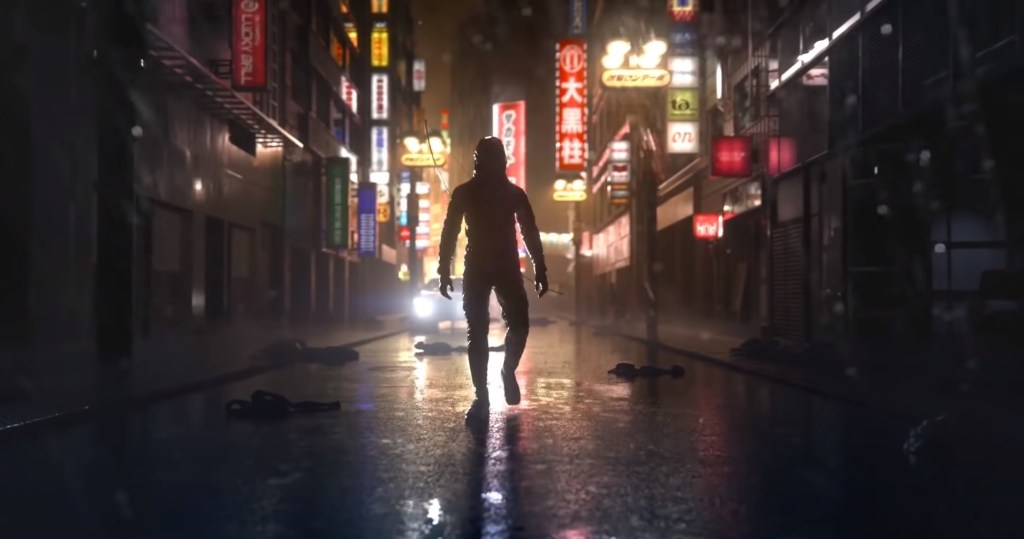 After a number of leaks and rumours, we finally know when Tango Gameworks’ Ghostwire: Tokyo is set to launch. It joins a stacked roster of games releasing on 25 March 2022 – a date that also plays host to Tiny Tina’s Wonderlands and Kirby and the Forgotten Land. If you’re somebody who loves a good action-adventure, buckle up for a blockbuster day.

The release date has been a long time coming for Ghostwire: Tokyo, which was first announced at E3 2019, before the madness of the pandemic took hold. Since then, we’ve seen a number of glimpses at its strange, horror-themed gameplay and the mysterious creatures that roam its supernatural world. Thankfully, it turns out we won’t have to wait long to actually get our hands on the game.

While the appearance of strange, maudlin creatures like the suited Visitors, and screaming, shrieking ghouls may not be for everyone, the action-focussed gameplay of Ghostwire means it’s less of a straight horror title and more of a hard-hitting supernatural adventure. It still looks totally scary – and that’s not surprising, given it comes from the developers behind The Evil Within – but there’s also superheroics here that gives players the chance to fight back.

While the game has been delayed several times now, the March release date is close enough that it should be considered locked in.

It does appear Ghostwire: Tokyo will be facing massive competition on launch day, in the form of two sequels to well-known and loved franchises, but its world is enigmatic and intriguing enough that it should attract its own loyal audience. As one of very few PlayStation 5 exclusives, it should also attract a starved console audience (Ghostwire will also launch on PC at a currently-unspecified date).

In addition to announcing the game’s release date, Sony also confirmed a fresh gameplay showcase taking place on Friday, 4 February 2022 from 9:00 a.m. AEDT via YouTube. It’s likely fans will get a larger glimpse at the game’s world here, and some behind-the-scenes details have also been promised.

It’s always good to see fresh IPs hit the scene, and Ghostwire: Tokyo looks like a very interesting new take on traditional Japanese Yōkai mythology and horror adventures. If you’re curious, be sure to tune in for the Friday presentation.