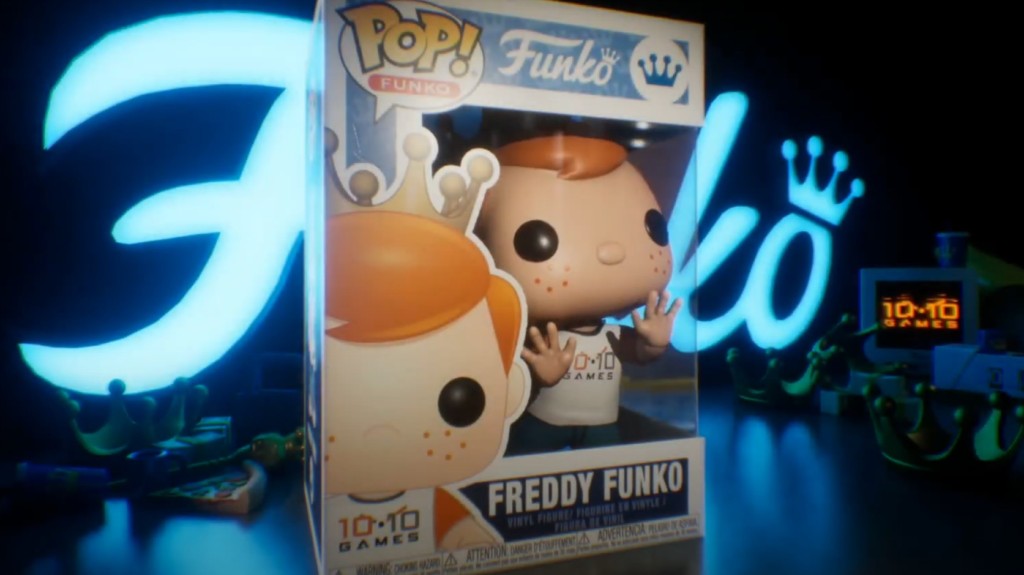 Funko, the company behind the ubiquitous Pop! Vinyl collectables, has announced that it will produce and publish a big-budget video game, developed by UK studio 10:10 Games. 10:10 Games was founded by Jon Burton, who also founded TT Games, and directed and led the design of dozens of LEGO titles – LEGO Star Wars, LEGO Batman, LEGO Indiana Jones, and several others.

According to the press release, the Funko game will be a ‘AAA action platformer’, and is slated for release in 2023 for next-generation consoles – presumably PS5, Xbox Series X/S, and Nintendo Switch – as well as PC. It is expected to have a ‘T for Teen’ rating.

Jon Burton founded 10:10 Games in 2021, after leaving TT Games in 2019. During his time at TT Games, his work was nominated for 8 BAFTA awards. Burton won the BAFTA for Best Family Game in 2013, with LEGO Batman 2: DC Super Heroes.

Earlier in 2022, reports detailing poor working conditions at TT Games were released, describing troubles with bullying and crunch culture during the creation of LEGO Star Wars: The Skywalker Saga. These issues dated back to the beginning of the game’s development in 2017.

Burton’s new studio, 10:10 Games, is described as being ‘formed with a vision to create a studio that is inclusive, collaborative and welcoming for everyone, a studio where the team is empowered to do their best work every day.’

On the Funko partnership, 10:10 design director Arthur Parsons said: ‘Funko is an iconic brand that truly understands the ingredients it takes to develop a world-class video game. 10:10 Games is thrilled to bring to life a new experience for their fans and video gamers alike.’

This will not be the first Funko Pop! Vinyl-themed video game. In 2019, UK developer Mediatonic released Gears Pop!, a Gears of War-themed real-time strategy game. However, Gears Pop! was designed for mobile devices, whereas the upcoming Funko game from 10:10 Games is explicitly framed as a triple-A, big-budget video game.

MultiVersus: Everything you need to know about Season 1

Inflexion Games has announced major changes to Nightingale ahead of its planned early access period.