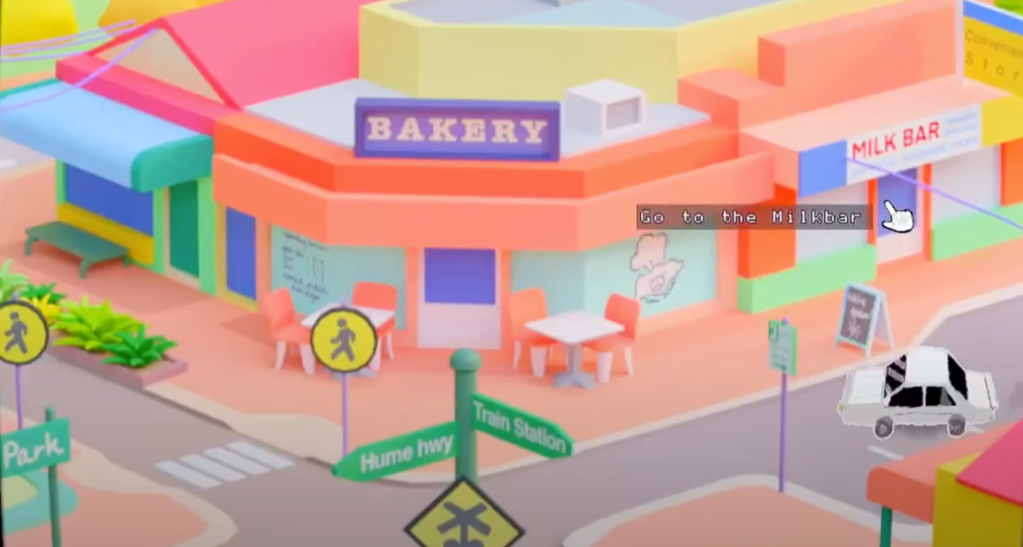 Freeplay, Melbourne’s longest-running independent games festival, has announced its 2021 commission series of experimental micro-games showcasing the talents of Victoria’s local game developers. The series is curated by Chad Toprak, Director of Freeplay, and features a range of sharp, intelligent games well worth checking out.

Each of the seven games is available to play free online, and cover diverse topics such as apartment living, struggles with work-life balance, and the importance of connection and personal ritual.

Here’s everything you can dive into, thanks to Freeplay and its collaboration with Victoria Together.

Everyday is a visual novel by Phoebe Watson, who is currently also working on Innchanted, a café simulator game inspired by Indigenous Australian culture.

In Everyday, you play as a young woman making tough decisions about her life as she struggles under the pressure of the day-to-day. In Watson’s own words, it’s ‘designed to be an encouraging reminder that you can do it, and not be too hard on yourself along the way.’

all we can do is try by Dakoda Baker

all we can do is try is a mobile-like game designed by Dakoda Barker, Director and Consultant at Queerly Represent Me, which aims to remind players of their interconnectedness with their minds, bodies, environments and communities.

As players interact with the game, they build out a wider community to learn more about why ‘trying’ is so important.

In 37°49S 145°08E by game maker Max Myers, players discover the secrets of a hidden spot in Victoria filled with natural beauty.

The location, which exists in real life, becomes a terrarium for players as they explore Myer’s own view of the space, and how it’s changed over the last two years.

Another Island by Lexie Mason-Davis and Jon Tree

In this Freeplay games experience, players explore a deserted island, and write letters or draw messages to other people with no knowledge of who will receive their message, or whether they’ve been read at all.

The game, created by Lexie Mason-David and Jon Tree, is designed to connect players in intriguing ways.

قلبي قلبكم (My Heart is Your Heart) – Mohamed Chamas

قلبي قلبكم (My Heart is Your Heart) by Mohamed Chamas is a Freeplay micro-game that follows five personas who exist in a world known as ‘Here’.

‘Their personal rituals, cosmologies and experiences are revealed through poetic form’ as قلبي قلبكم (My Heart is Your Heart) explores deep human connections.

Station Street by Olivia Haines (Surf Club) and Andrew Brophy (Knuckle Sandwich) is described as an ‘homage to country Victoria’ where players can experience a day in a local town, from the perspective of its residents.

It also seems to be inspired by a distinctly 90s ‘plasticine’ and ‘vaporware’ aesthetic, which works brilliantly to show off a more abstract glimpse at Victorian culture.

This Freeplay experience shares the life of developer Kalonica following a move out of her apartment, sans most of her belongings.

The game functions as a recreation of her apartment from memory, creating a sort of interactive time capsule for Kalonica and players.

These games are all available to explore on the Freeplay website.