What are games for, if not community, collaboration and creativity?

Amidst an ongoing pandemic and the enlightening talks of the 2021 Freeplay Independent Games Festival, Stephen Pham reflects on what games can mean to people.
Stephen Pham 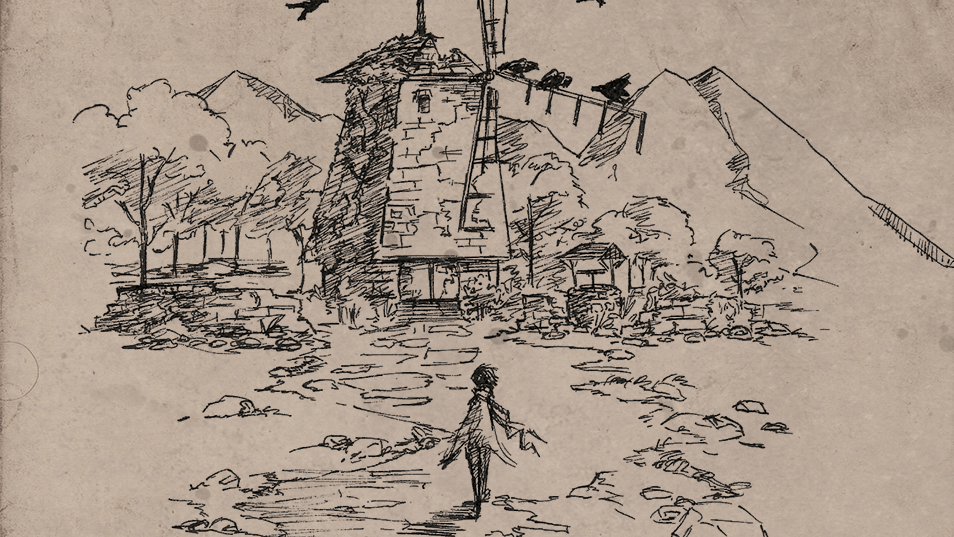 An illustration from The Quiet Year, by Avery Alder

It’s September 2020 and I’m in Roll20, an online virtual tabletop game service, with Jas, Quinn, and Theo. We are about to play Avery Alder’s The Quiet Year. It’s a map-drawing game about a tiny community who survive the collapse of civilisation. I heard about it from podcast Friends at the Table, and after my eighth re-listen, I’m excited to finally play a tabletop game.

I explain the rules, walk them through safety procedures, and, finally, mention that this session might turn into something huge. We might end up with worlds that breathe, characters that dream, and an insatiable drive to play more tabletop games. We might even end up with our own podcast.

We begin. In green-grey, I draw a tower in the corner, hoping to inspire some kind of myth or magic or danger. Quinn draws a church in red. Theo splits the map in two with a river. Jas adds some brown insects near the bank. I ask what those are supposed to be. ‘Oh,’ Jas says. ‘I was thinking river…crawfish.’

Theo asks if crawfish live in rivers. Quinn confirms. I blurt, ‘Jas, you were supposed to add a landmark, not animals. You’re playing the game wrong.’

Jas says, ‘Oh,’ and asks how to erase lines.

‘I like the crawfish,’ Quinn says. She adds two bright red dots for eyes.

My brain stabs against my forehead. We’re barely five minutes into the session. Do I reprimand her and risk losing my friends? Or do I ignore it and hope that we get back on track?

This was supposed to be worldbuilding for our next series of campaigns. I’d admired Friends at the Table’s intricate worldbuilding from afar for a year and a half by this point, and this was my chance to do it for myself.

This isn’t what games are about. Is it?

‘Soft Voices, Loud Roars’ was the 2021 theme for Freeplay, the world’s longest-running independent games festival. Exploring the interdependence between the collective and the individual, the public and the private, and speaking and listening, it’s apt for both Freeplay as an organisation and festival. Being the Australian hub for independent game communities, Freeplay, through its theme statement, aimed to be:

‘…a safe space to critically examine, deconstruct, and become aware of our own voices, as well as uplift and give power to the softer voices that may otherwise be drowned or silenced in the noise and complexity of our industry or society.’

This intentionality in engaging with perspectives that may be different, challenging, or outright unexpected makes sense in the context of games, which allow players to imagine themselves as others.

The festival itself was packed with events that highlighted the multitudes of meaning that games might have. They might be a means of expression (Xuan Nguyen’s ‘Mad Poetics in Indie Games’), a reason to bring people together (Brendan Keogh and Erika Verkaaik’s ‘How to Build a Games Community for Everyone Else’), an avenue for activism (Rusaila Bazlamit’s ‘Game Engines in Activist Spatial Experiences’) or, as it turns out, a way to have fun (‘Is This A Joke/Game to You?: Micro RPGs as Comedy’, featuring Aaron Lim, Paul Matijevic, Grant Howitt, and Adira Slattery). Yet as wide-ranging as these topics may seem, these all touch on games as a way of looking inwards and reaching out.

Amid a pandemic, though, talking about games may seem facetious. Montreal-based new media artist Squinky sums it up in their opening keynote: ‘How can anyone think about videogames at a time like this?’ Addressing their 20-year-old self, fresh to the videogame industry, Squinky reflects on the significant changes in the fifteen years since. Their past interest in using video games to dissect social interactions (to debatable degrees of success) makes a lot more sense to present-day Squinky on realising that they are autistic. Games also become a way to meet people who share common interests, especially as they have had trouble with sustaining relationships in the past. Now more cynical but no less ambitious, Squinky concludes that games are still important, albeit in a way that their younger self might not have realised: games are no longer a measurement of their productivity and thus worth as a person, but instead a culmination of their skills, values, and cherished relationships. Games just so happen to be ‘how you create a life worth living’.

In ‘Meet Me in the Firepit: An Oral History of the Freeplay Zone’, Jae Stuart and Cécile Richard outline the origins of the Freeplay Zone. In 2020, COVID-19 lockdowns forced Freeplay to shift to an online format. For Stuart and Richard, the aim of the Zone was to minimise the isolation of live-streamed events and recreate the community spirit that makes Freeplay so special. It went far beyond that, however, with participants discovering and latching onto antics that are only possible within an online space. For example, when participants realised that they could position their avatars in the bonfire without consequence, they refused to stand anywhere else, which Stuart and Richard reflect on with fondness. It’s a reminder that games aren’t necessarily objects; they might also be by-products of the play naturally arising from a group of people coming together.

It’s a reminder that games aren’t necessarily objects; they might also be by-products of the play naturally arising from a group of people coming together.

A particularly expansive panel featuring Lisa Blakie, Naphtali Faulkner, Phoebe Watson, and Dakoda Barker, in ‘Indigenising Games: A Yarn Between Mob and Whānau’ unpacked the relationship between videogames and First Nations peoples. Blakie highlights that videogames are only a continuation of the storytelling traditions of Indigenous peoples, both serving as entertainment and education. Faulkner points out that the modern videogame industry has flourished from Indigenous ways of doing, citing John Romero’s game engines at id Software as a vehicle for reciprocity, sharing, and creativity that is fundamentally Indigenous. Exploring the processes of creating and sharing videogames, this insightful panel shows that games are expressions and extensions of cultures.

Touching on similar themes, the closing keynote by Malaysian writer, translator, and designer Zedeck Siew emphasises games, and in particular tabletop RPGs, as a method to imagine erased pasts. Between the rampant environmental devastation established by British colonisation and Malaysia’s present-day ethno-nationalism that selectively remembers the past, Siew presents a bleak landscape both physical and cultural. The dilemma for him as a game designer is both political and practical: how can he reconstruct pre-colonial histories when the only tools available to him are handed down from colonialism? He presents tabletop RPGs, which are collaborative, imaginative, and constructive, as a potential way to sidestep this. Though games may come from or deal with poignant issues, they are, after all, games, and this levity is key to understanding their (re)generative nature.

‘…so the Brotherhood of Enlightened Gentlemen form a coalition with the Association of Shellfish and Sea-creatures,’ says Quinn. ‘ASSBEG.’

By the end of the session, we end up, among other things, with an eagle wearing Air Jordans, a wizard with a speech bubble that reads ‘RACE WAR’, and a cache of AK-47s. In time, I’ll forget the stories we tell about them, and I’ll forget who Crabothy Crawmaw and Herbert Childsacrifice are.

What I will remember is bringing my friends together and, for a couple of hours, ignoring the doom and gloom of COVID-19.

Stephen Pham is a writer from Cabramatta. His writing has appeared in Overland, Meanjin, and Sydney Review of Books.