The quest to make a truly Australian game

Let's move past Australian gothic and true blue and take a look at how these game devs are approaching stories unique to this sunburnt country.
Jini Maxwell 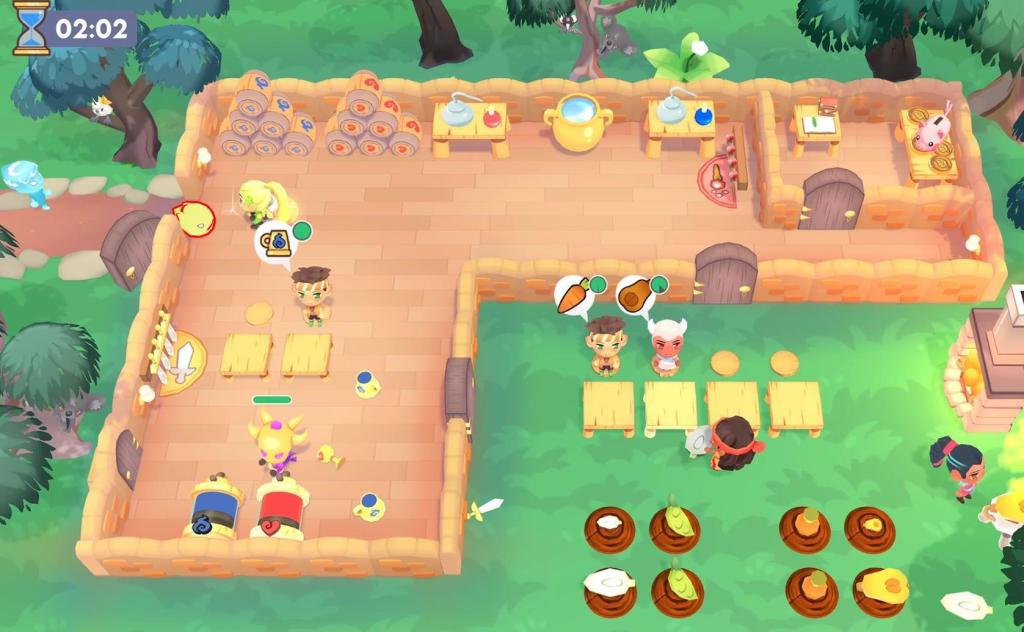 In games and VR development, Australians are leading the pack, producing beloved titles like Untitled Goose Game, Framed, and Florence that garnered international awards and reached audiences of millions, and going as far back as Commodore 64 classic, Way Of The Exploding Fist. When we look at these games, however, it’s hard to distinguish an aesthetic, narrative, or cultural throughline that would make them stand out as Australian.

According to Screen Australia’s direct funding guidelines, an Australian production is one that is written and directed by Australian citizens or residents to be considered truly Australian. Seems easy enough, but this definition doesn’t always translate onto screen. It might be easy to accept that Baz Lurhmann’s Australia as, well, Australian (though we might not love the thought), but what about Moulin Rouge? What about recent box office hit The Invisible Man? It’s a definition that works brilliantly for a funding body – but not quite as well for a cultural critic.

For some Aussie developers, making distinctly Australian games is a way to create spaces that feel like home. Route 59 Games’ upcoming title Necrobarista gives us a gothic trip to Victoria’s capital. The visual novel is set in a Melburnian cafe where the veil between worlds is particularly thin, and the dead can come to spend their last night on earth – and honestly, if it’s going to be your last coffee, you would want it to be a Melbourne one, snooty baristas or nah.

Paperhouse Studio’s Paperbark takes a different approach, but one that is no less interested in place. The game is a digital picture book for iOS and Android. Through beautiful watercolour-style animation, it tells the tale of a wombat who hunts bugs, scratches herself, and scrambles under logs during Australian bushfire season. Paperbark’s engagement with Australia has less to do with national identity than it does with a sense of home. In an interview with Mashable, developer Terry Burdak said that the team’s goal was to ‘show what was familiar to us, and probably a lot more familiar to other people as well.’

AT HOME IN CHAOS:

So we can define an Australian game as one that is made by Australians, or one that depicts life and land here. But what does it mean for a game to feel Australian? According to creative director Paulina Samy and game designer and cultural consultant Phoebe Watson of Dragonbear Studios, it’s all about excellent stories, collaboratively and respectfully told. The studio are currently developing a co-op task management game about tending a supernatural potion brewery called Innchanted (previously Chaos Tavern), which is set to launch across platforms in 2020.

Samy was enthusiastic about the idea of making a game that was Australian in every way; Innchanted presented an opportunity to shift what ‘being Australian’ might look like in the broader cultural consciousness. Steering away from nationalistic tropes, the Melbourne-made game is set in ‘fantasy Australia, and features a cast of characters from many cultures and backgrounds, who visit the Inn through Magic Portals. ‘It’s deliberate reflection of the makeup of Australia now, and how these are things that add to our world on top of our Australian core, not rewrite it,’ Samy explained.

The game is also shaped on the level of the environment; not only is the flora and fauna are inspired by Australia, but the team have engaged local Indigenous communities in developing a story and design that represents Indigenous cultures and knowledge.

Innchanted is a fantasy game, but it’s not based on a typical European story. The team engaged Indigenous communities from first principles, and worked together to craft a game that engaged with Indigenous culture with an audience and market that is saturated by Western genres, and US cultural exports.

Samy says: ‘There are so many stories that people would consider as cool as the classic European stories we all know, but they’re just so rarely encountered in regular mainstream channels.’

Watson is a proud Yarrer Gundjit woman, whose background is in cultural mentoring and game design. Through Dragonbear studios she oversees cultural consultation on the game, ensuring the team were consulting widely, and with the appropriate experts and Elders. She is a huge proponent of engaging Indigenous stories and communities in videogames, and sees enormous creative potential in consultation – but it’s vital to do it the right way.

The team are adamant that community consultation is not something to check off the list: it is a generous, reciprocal, exciting creative process that has taken place throughout the design process, and that gave them the chance to learn how and grow as artists.

‘It’s so important to make sure that the content or stories you want to present are being displayed respectfully. Sharing certain information in this new form might be okay for one group of people, but it might not be okay for many other groups – so you want to ensure, as best you can, that what you’re doing is sensitive to as many people as possible,’ Watson said.

Telling Indigenous stories and sharing knowledge through games isn’t just a matter of a game developer outside of community learning facts and then relaying them on their own; the most important work is in building strong and reciprocal creative relationships. DragonBear want the game to be valuable to the communities they consult with, too. Watson explains: ‘It’s important to gain the support from the community throughout the development process, as well as for the outcome. By talking, interacting and keeping them in the process throughout the entirety of the development, they can feel reassured of your intentions.’

Taking a consistent and participatory approach to consultation has meant that the team have had their eyes opened to new ways of designing, as well as new stories. Watson explained, ‘we’ve had great ideas for the game come from our Elders, some whom have never really played games before – but they know what knowledge they’d like to get across to the kids who do play games. Those are some of my favourite moments from consulting.’

ALWAYS WAS, ALWAYS WILL BE

The land that we work, learn and play on has been the sovereign country of Indigenous peoples for time immemorial, long before anyone called it ‘Australia’. One of the most powerful and exciting things that a game dev or artist can do is include Indigenous knowledge in their practice in a respectful way – but this takes more than just reading up. In addition to Watson’s role with cultural consultancy and design, Dragonbear Studio have taken on two early career Indigenous artists, who are focussing on concept and 3d work, as well as a draftsman who consults on Indigenous architecture. The studio continues to work towards finding new ways to bring Indigenous artists and storytellers into the creative process, in a meaningful and respectful way.

Indigenous cultures aren’t just part of our collective history; they’re part of the present, and the future. Working creatively with communities and elders can help spread knowledge in new ways – and inspire game developers to innovate in their designs and processes. Innchanted is shining a light on an approach to local game development that perfectly demonstrates that a game can be ethical, cultural impactful, and also really fun.

At its best, a truly Australian game would empower Indigenous artists and collaborate with Indigenous communities, who want to tell their stories in the way that they ought to be told.

Innchanted is set for release in 2020. Wishlist Innchanted on the Steam Store.