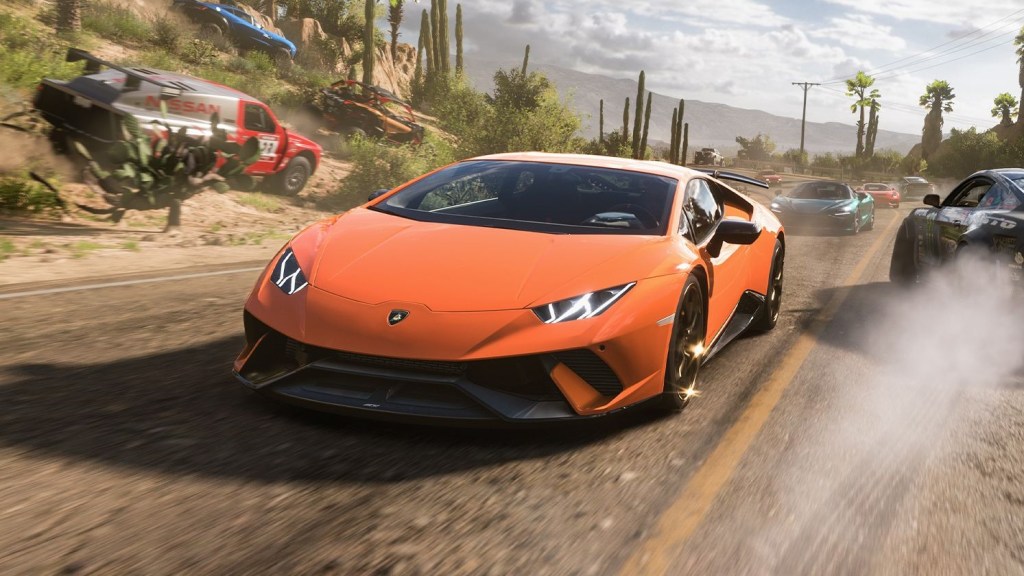 The latest update for Forza Horizon 5 has added in support for American Sign Language (ASL) and British Sign Language (BSL) via in-game cinematics which feature actors from the deaf and hard of hearing community signing parts of the game’s story. This includes the in-game narrative, as well as instructions for jumping into races and challenges, and meeting other players.

It’s just one of many accessibility-related features in Forza Horizon 5, which recently took home the Innovation in Accessibility Award at the 2021 Game Awards for features like screen reading narration, speech-to-text and text-to-speech translation, colour blindness modes, and customisable subtitle options.

The team at Playground Games have committed to the ‘Gaming for Everyone‘ tenet, and continue to introduce new features to include all players.

To properly introduce sign language support, Playground Games worked closely with consultants like Cameron Akitt, a teacher of the deaf, who specialises in accessibility consultancy.

‘We should be able to access the same story beats and narrative components. Otherwise, we’re only getting half the picture and not getting the full experience,’ Akitt told Microsoft of the update’s importance.

‘Including sign language is about enabling more deaf and hard of hearing people to have ownership over their gaming experience … It’s surreal and fascinating to see a deaf actor in the corner signing BSL in the game.’

Those who worked closely with Playground Games in the testing phase of the new update reportedly came away impressed by the nuance of the feature, and how it includes emotions and details that are often lost in plain subtitles. In addition to words, signing can convey those emotions and tonal shifts that help people to better understand the in-game action.

In holding workshops ahead of the feature’s release, the Playground team was able to better understand exactly how sign language support could change Forza Horizon 5, and the impact the feature could have on individual players.

‘We got to talk to [people from within the deaf and hard of hearing community] and understand what it is that they struggled with in-game,’ Tarnya Smith, producer at Playground Games said. ‘For me it was quite an eye opener. We learned that although we think subtitles are great and help everyone, they actually aren’t that helpful for people who are deaf or hard of hearing who rely on signing.’

Going forward, the Playground Games team will continue to work with the gaming community to improve accessibility in all its games, in the hopes that the future of gaming will be inclusive of everyone. This is just the start of the developer’s lofty goals.