The first image from the Amazon adaptation of Fallout has finally been revealed – and it looks very familiar.
Leah J. Williams 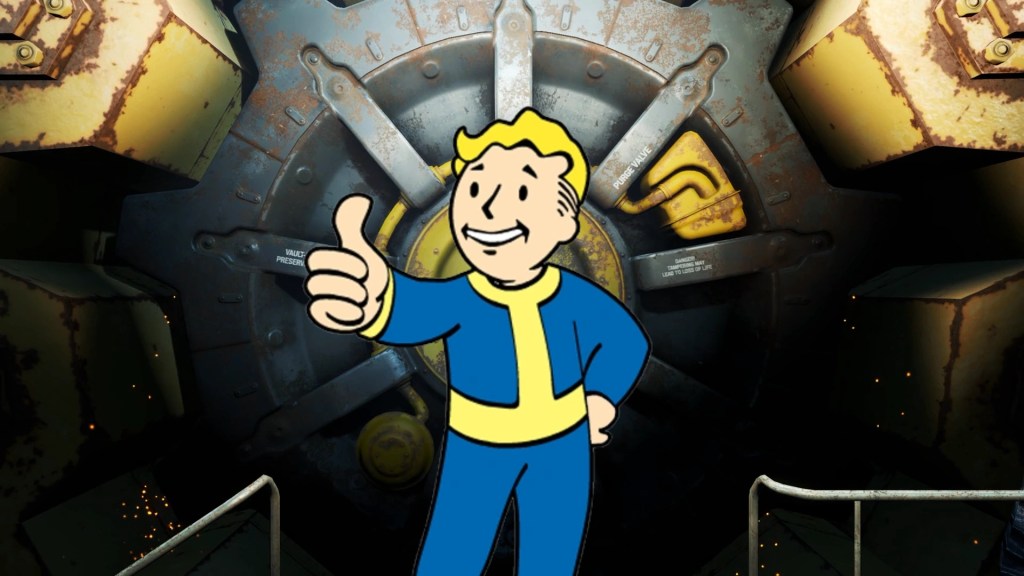 Amazon has shown off the first official image from the upcoming Fallout TV show – and it’s certainly given fans plenty to talk about. While the image itself is fairly minimalist, it does reveal looks at the show’s cast, and features a very game-accurate Vault setting.

In the image, a mysterious stranger is pictured entering or leaving a ‘Vault 33’, with a gun on their hip and a Pip-Boy device on their wrist. They are framed by three Vault Dwellers, who all wear the iconic blue jumpsuits made famous by the game series.

The Vault Dwellers appear shocked by the stranger’s actions – one has their hands over their mouth – although the exact circumstances of their arrival or departure are unknown. They could be leaving the Vault, and taking one last look behind them, or they could be stumbling upon the inhabitants of the Vault 33 community for the first time.

We don’t know much about what exactly is going on without further context, but there are also other clues hiding in the newly released image. A body lies in the background, for example – beyond the Vault gangplank. Could this be an unfortunate victim of the Vault escapee, pushed aside in their hurry to leave?

One of the Vault Dwellers also appears to be wearing a neck brace – suggesting they were potentially the victim of violence at one point. Could they have been scrapping with this departing Vault Dweller?

The final context clue hiding in the image is a ‘Rules’ sign in the lower right part of the scene. The first rule is ‘No Food or Drinks’. The second appears to include the word ‘Silence’, and the third is unreadable.

What these clues add up to will likely be detailed in a future teaser or trailer for the show – which Amazon appears to be on the cusp of releasing. While this image reveals little in the way of details, it’s certainly an intriguing puzzle piece. On aesthetics alone, it’s already doing justice to the wild post-apocalypse of the series – and there’s hopes the wider narrative can do the same.

It’s likely we’ll get a better look at the upcoming TV show in the coming weeks, as Amazon ramps up to reveal more. While Fallout is currently undated, it’s likely targeting an early-mid 2023 release on Amazon Prime Video.