Exoprimal – Everything to know about Capcom’s sci-fi dinosaur shooter 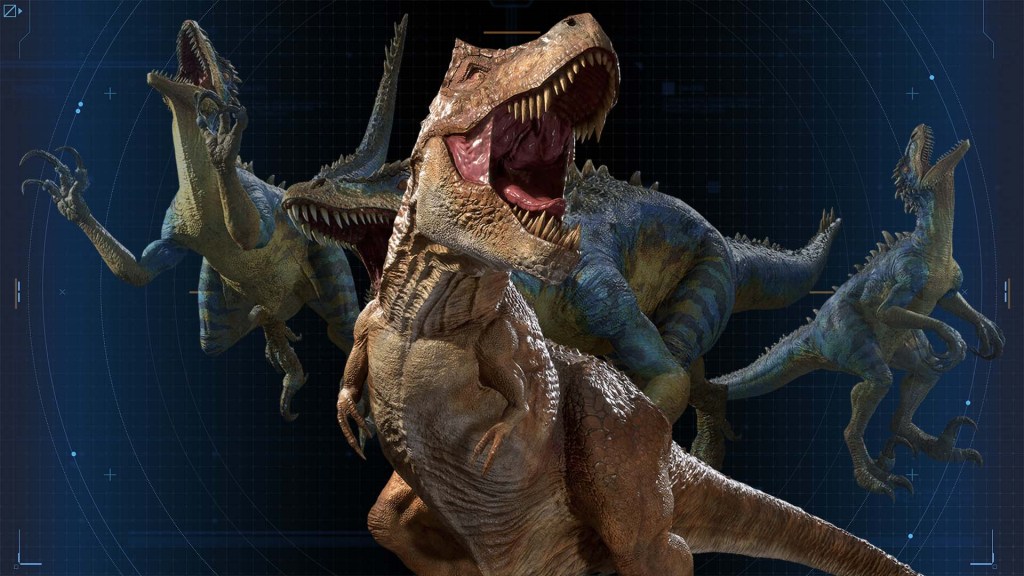 At the 2022 Capcom Showcase during Summer Game Fest, the developer and publisher gave us a more detailed look at Exoprimal, its sci-fi dinosaur shooting game first revealed during the March 2022 PlayStation State of Play. The game will be a team-based competitive shooter, with a strong focus on telling a bizarre far-future sci-fi narrative about a sentient AI that likes to flood the world with dinosaurs.

What’s going on in the Exoprimal story?

Set in the year 2043, Exoprimal revolves around the existence of an artificial intelligence named ‘Leviathan’. Leviathan was created by, and subsequently runs, the Aibius Corporation, which has been conducting some wacky research. Leviathan has been collecting human specimens to take part in experiments.

The game is set in a location called Bikitoa Island, where teams of subjects take part in live combat tests against hordes of dinosaurs, competing against other teams.

Leviathan has a comprehensive history of the world, which it recognises is ‘riddled with errors and institutional bias’, given that humans are susceptible to mass delusion. As the trailer narration puts it, humans dread the “other”, seeking to evolve, but not change, seeking to tear down curtains yet fearing revelations, even when what is revealed is of their own creation.

Aibius is developing a series of combat exosuits, but requires combat data to help with development. Hence, the involvement of the test subjects. Leviathan hopes to discover all potential variables in an effort to develop a strong understanding of the possibilities.

As Leviathan puts it, the goal of the game is to ‘Fight and die for [it],’ as it puts the subjects through increasingly ridiculous combat scenarios against dinosaurs. However, it appears that a number of the test subjects are planning to find a way out from this sick game, hoping to work out a way to destroy Leviathan.

How does Exoprimal play?

Exoprimal is a team-based action game, where two squads of five players race to complete objectives, set by Leviathan.

The directives will feature a dynamic mix of missions objectives, which can change based on your performance and progress through the game, with the experience being different ever time.

While there are situations where you directly engage enemy players, there are other times where you need to work together to take down a major enemy.

As you explore Bikitoa Island, Leviathan will guide you through via voice navigation and augmented reality displays, setting you up with infinitely-repeating war games which force you to fight overwhelming hordes of dinosaurs.

By playing the primary Dino Survival mode, you’ll unlock more story sequences, as well as earn experience points used to improve the ability of your characters and your Exosuit.

What kind of Exosuit classes are there in Exoprimal?

There are three categories of Exosuit classes in Exoprimal: Assault, Tank, and Support. You’ll be able to change Exosuits at any time, even during battle, which will let you change up your team strategy as objectives change.

What kind of dinosaurs are in Exoprimal?

We’ve seen a few different kinds of dinosaurs in the trailers released for Exoprimal so far. They spill into the world through vortexes, and in massive numbers. Some appear as you would expect, and others are mutated. Species we’ve seen so far include:

Exoprimal will also introduce NeoSaurs, mutated versions of regular dinosaurs which have unique traits and attacks. They include:

A closed network test for Exoprimal is planned for July and August 2022. The test will begin with US/Canada, and then roll out to global regions later in the month. You’ll be able to try the game’s Dino Survival mode online, and provide feedback to the developers.

Here are the session details for the Exoprimal Closed Network Test:

Entries are now being accepted for this final Closed Network Test via the Exoprimal website, with submissions closing on 26 July 2022 at 7:59 pm AEST.

The Exoprimal Closed Network Test is only available on PC via Steam in English and Japanese.

Exoprimal is currently slated for release sometime in 2023. It will be available on PC, PlayStation 4, PlayStation 5, Xbox One, and Xbox Series S/X.