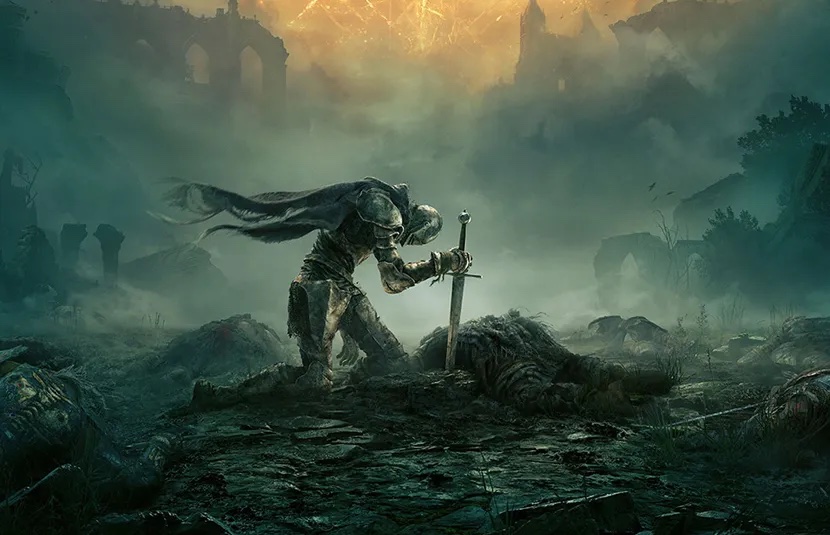 An Elden Ring data miner has stumbled onto even more cut content for the game, with new dialogue revealing game cover star, Festering Fingerprint Vyke, was set to play a major role in a mystery quest line. Vyke, who is also a Knight of the Roundtable, appears a handful of times in the game, largely to attack players and drop special armour. Within the lore of the game, he’s meant to be the Tarnished who got closest to becoming an Elden Lord – before he was burned and sent mad.

According to data miner Sekiro Dubi, Vyke was meant to play a more involved role in the game, with several lines of cut dialogue indicating he was part of an unknown quest. Dubi found several lines of cut dialogue in the Elden Ring game files, many of which discuss a ‘rather repulsive looking knight’ housed in melted armour. It’s not a very pleasant way to describe Vyke, but it is accurate to his strange, burned look.

Players would reportedly have encountered this dialogue near Stormveil Castle, thanks to Gatekeeper Gostoc. While Dubi did not find any other files referencing Vyke, they’ve surmised that he could have been a summon against one of the bosses of Stormveil Castle – either Godrick, or Godfrey (a Godfrey character model was previously associated with the Stormveil location).

Dubi further speculated that the Vyke quest could have revolved around the melted knight challenging players for the title of Elden Lord. Three rewards for a mystery battle were reportedly found alongside this new dialogue, although Dubi claims the names have been removed, so it’s unclear what these would have been.

For now, the mystery will remain.

You can check out the entire video, which goes into great depth on the discovery, here:

As Elden Ring players continue to dive deep into the game’s files, expect to see more hidden content and cut quests like this one. Already, players have stumbled onto areas like secrets colosseums, and found forbidden items. It’s likely there’s plenty more just waiting to be discovered.