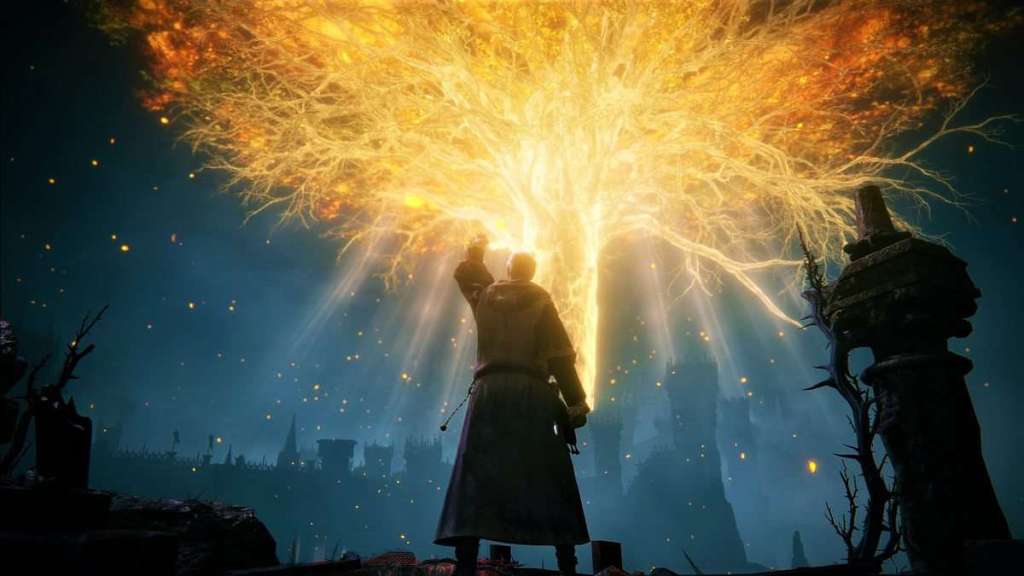 Data miner Lance McDonald has discovered strange secrets hiding in cut files for Elden Ring, including a brand new quest where players are required to harvest the dreams of enemies. The Dream Mist item appears as a cloud above a fallen enemy’s head, and can be collected upon the request of a character named Monk Jiko.

The cut feature was found in the 2021 network test version of Elden Ring, which is an early build designed to be playable within a select region. According to McDonald, several animals in an odd ‘sleep state’ can be found in this build, with no clear indication of how they can be woken. Some of these were found within the playable test area, while others were found outside the usual boundaries.

These enemies were all completely removed in the final version of the game.

Upon investigating this strange phenomenon, McDonald discovered the sleeping beings were removed as a major feature from the game had been cut at some point in development, with only scattered clues remaining.

When travelling further into the test build, McDonald discovered NPC Monk Jiko, who introduces himself to the player and requests a ‘special drink’ known as Dreambrew – the ‘nectar of the demigods’. He claims that if players are able to gather the ingredients, he’ll provide them with the brew. He also says his drink can help to uncover people’s ‘deepest, darkest secrets’.

While Jiko doesn’t move much, he is animated and fully-voiced, implying he got quite far into development before his quest and appearance were cut. Should players accept his quest, Jiko will give players the unique St. Trina’s Crystal Ball item, which ‘copies dream mist from a sleeping being.’

‘Dream mist was once used as an ingredient in rare and potent physicks,’ its description reads. ‘May the quietude of slumber come to all and sundry, even to those whose red eyes burn with the flames of frenzy.’

Once you have the crystal ball, sleeping enemies surrounded by Dream Mist can be harvested and turned into Dreambrew – although while this drink was supposed to unlock new dialogue options, it appears this wasn’t fully implemented into the game. When giving Dreambrew to an NPC, they thank the player, and a text string indicates they fall asleep, and are plagued by strange nightmares where their eyes are burning.

It’s a fascinating piece of cut content, and it remains unclear why it didn’t make the final game. Potentially, developers doubted its applications – or it could just have been cut for time.

In any case, this discovery is a fascinating one.