With Dragon Ball Z coming to Fortnite, we can finally solve the age-old argument of Goku vs Superman – with guns, of course.
Julian Lee 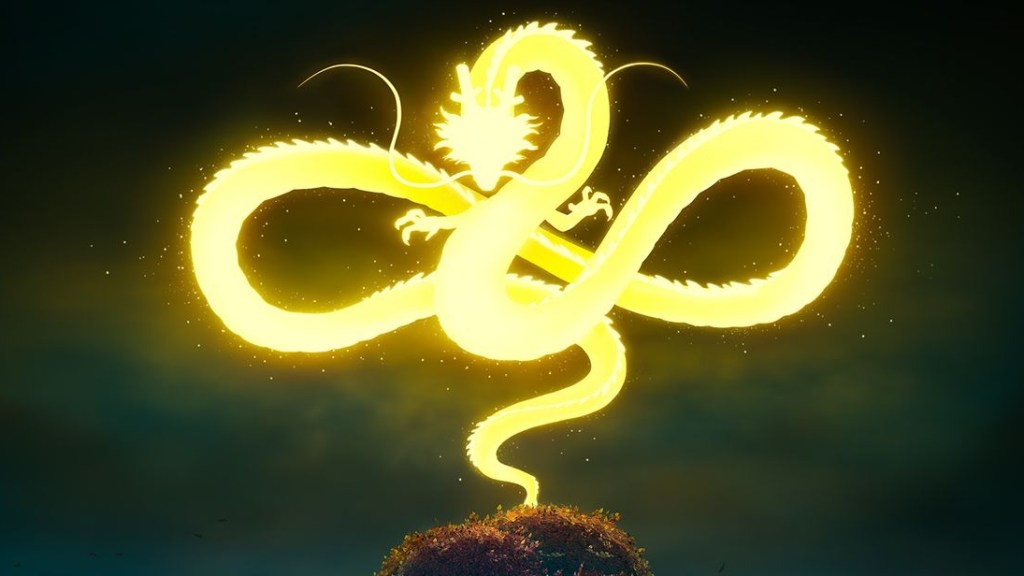 On August 12, the official Fortnite Twitter account teased the game’s upcoming Dragon Ball collaboration with an image of a glowing golden dragon over the game’s map with the words ‘Speak. Name your wish…’ along with a confirmation for 16 August 2022.

The silhouette, no doubt, belongs to the series’ own wish-granting dragon – Shenron, with the collaboration set to arrive the same week as the franchise’s latest film: Dragon Ball Super: Super Hero, releasing on August 18.

With Fortnite’s latest collaboration, players can finally fulfil their lifelong fantasies of playing as legendary combatants from Dragon Ball Z – like series protagonist Goku and rival Vegeta, by beating each other with sticks and utilising precision sniper rifles. Or is that just my lifelong fantasy?

The event’s announcement coincides with leaks from over a month before the official release date announcement – Spanish data miner @FortniteInfESP finding items in the game’s files that were quickly identified as the capsules originating from Dragon Ball – which have appeared in the series since its first episode.

In the series, the capsules are devices that can shrink and store objects of various sizes – from helicopters to whole cities, which could suggest that they might be used to summon vehicles in-game, or function similarly to the now-retired item, the Port-A-Fort.

While the exact details of what content the update brings are still unclear, leaks from Twitter user @MidaRado indicate that Goku will be joining the game’s cast of over a hundred crossover characters alongside Vegeta, Beerus and an unidentified fourth female character labelled in the game’s files as ‘Barium’ – likely to be character Bulma.

Other leaks suggest that beyond the usual array of player skins and cosmetics will be a new creative mode event, seven weeks of quests (one for each dragon ball, perhaps?), assets for new location Kame House, as well as, perhaps most excitingly, a mythic ability that allows players to use the iconic energy blast attack – the Kamehameha.

The tweet’s promotional image may hint at a larger new point of interest for the island in Fortnite, if not also a quest to collect the eponymous dragon balls and acquire the new items from Shenron.

There seems to be no end to Fortnite’s staying power in collaborating with big names – the Dragon Ball Z event is preceded by the addition of WWE superstar John Cena to the game, alongside Fortnite’s appearance in the physical card game Magic: the Gathering.

As of 16 August 2022, the Dragon Ball collaboration is live, with the leaked characters, as well as their respective styles and items, available in-game. Arriving with them are a number of changes – among them a limited-time series of quests available until August 30, 6 PM AEST (4 AM ET), that see players collect the Dragon Balls to obtain rewards – such as the Shenron Glider.

Also new, are Dragon Ball themed locations on the island featuring a Bulma NPC, a Dragon Ball tournament, and more.