Donnie Darko’s Frank the Rabbit is joining Call of Duty 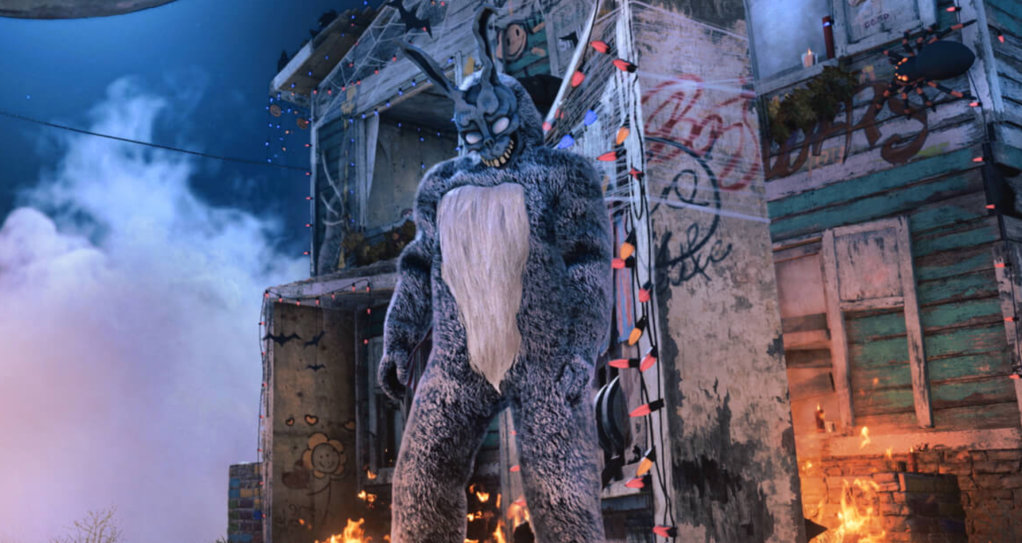 Donnie Darko’s Frank the Rabbit is a tragic figure who’s become an unconventional horror icon since his debut in 2001. For a generation of weird early 2000s teens, Frank was a symbol of rebellion, and adolescent growth. In the context of the film, he acts as a spiritual guide for the titular Donnie (played by Jake Gyllenhaal) and helps him discover his ultimate destiny. Now, Frank the Rabbit is coming to Call of Duty — and yes, it’s as weird as it sounds.

As part of Call of Duty‘s annual Halloween-themed event, Call of Duty: Black Ops Cold War and Call of Duty: Warzone players will be able to grab new Operator skins in the form of Frank the Rabbit and Scream‘s Ghostface. Each skin comes with unique moves, weapons and abilities, and you know what Frank the Rabbit’s finishing move is?

He drops a jet engine on other players.

Yes, just like the movie, which *spoiler alert* ends with Donnie’s death after he’s crushed by a falling jet engine sent through a wormhole from another universe.

Call of Duty‘s Halloween events have been getting stranger by the year, as have its guest characters. This year’s event might be the weirdest one so far.

Frank the Rabbit’s position as a horror icon is questionable anyway, but seeing him running around wielding a high-powered rifle is even stranger — particularly when you consider his origin story. See, while Frank’s image has been co-opted as a symbol of fear, he’s not intentionally a horror villain.

In the context of the film, he’s actually a teenager in costume who was accidentally shot and killed in an altercation with Donnie Darko himself. He appears to Donnie as a nightmare figure from another universe to fix the film’s timeline and ensure everything happens as it’s supposed to.

So hey, if you’ve ever wanted to play as the ghost of a murdered teen running around with the weapon that caused his death, then Call of Duty has the goods for you. It’s just a very weird idea overall, and while it’s cool to see more love for the Donnie Darko franchise, this collaboration is undeniably strange.

Sure, Frank now has the name and image recognition to be a genuine pop culture figure, but him appearing in a shooter like Call of Duty is an odd choice — and a weird leap for what was once a cult film quietly beloved by weird kids.

It’s safe to say Frank the Rabbit has strayed very far from his roots in indie cinema.

The Haunting is now live for Warzone and Black Ops Cold War players, and will run until November 2. Frank the Rabbit and Ghostface are limited-time skins, so if you’re keen to rock a cult-fave look this Halloween you should get in quick.

Meanwhile, the next entry in the series, Call of Duty: Vanguard, is due out November 5.