Toys for Bob is allegedly working on a Crash Bandicoot sequel that could be revealed during the Xbox and Bethesda showcase.
Leah J. Williams 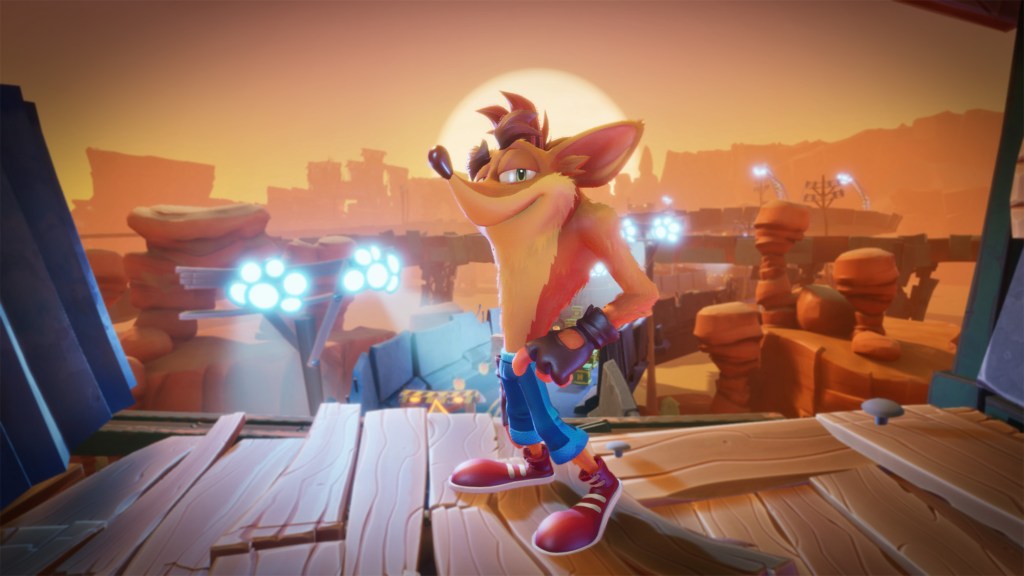 Ever since Crash Bandicoot 4: It’s About Time brought back everyone’s favourite former PlayStation mascot in fine form, fans have clamoured to hear more about the future of the long-running franchise. Developer Toys for Bob certainly kept people busy with It’s About Time‘s phenomenal range of challenges, collectibles and worlds, but two years on, questions remain about what’s going on with Crash. According to new rumours, we might finally have an answer.

During a segment on the Xbox Chaturdays podcast, journalist Jez Corden (known for breaking exclusive news) implied he had knowledge of a new Crash title set to be announced during the upcoming Xbox and Bethesda games showcase.

When one guest on the podcast speculated that a new Crash title could be announced, Corden pretended to be defensive, asking where he’d gotten the information. Later, he added, ‘I wasn’t supposed to leak that,’ implying he had knowledge of a new Crash game in the works.

While the confidence of the alleged leak is rocky at best, and dependant on the assumed knowledge of Corden, it would align with recent news out of developer Toys for Bob.

Per VGC, Toys for Bob reportedly went on a late 2021 hiring spree that did not specify which exact project was in the works. Toys for Bob is now largely a support studio for the Call of Duty franchise, although the job roles notably did not mention Call of Duty at all.

While this may have been done to ensure secrecy around the launch of Call of Duty: Modern Warfare 2, that the studio was working on a new Call of Duty was hardly a secret – and would likely have been mentioned in job listings.

It was reported that the studio would continue to support the Crash Bandicoot franchise in mid-2021, following an overhaul to the Activision structure, but at the time it was unclear what this meant. Taken with the existing rumours, it could mean new content is coming to It’s About Time – or that the long-rumoured Crash Bandicoot 5 is real.

Crash Bandicoot 4: It’s About Time was a popular title amongst fans and could certainly spawn a renewed future for the franchise – although it is important to point out that the game reportedly only sold 402,000 digital units in its first month on sale, a number which would likely have disappointed publisher Activision Blizzard.

Lifetime sales for the title appear to be unavailable, but given the company is not boasting about its success, it’s likely that Crash 4 undershot expectations. While rumours of a sequel to this title have once again heated up, it’s best to take the latest update with a grain of salt.

More Crash Bandicoot would be welcome – and ironic, given the former PlayStation mascot will likely be an Xbox mascot by the time any launch date rolls around – don’t hold your breath on this one.

The Xbox and Bethesda Games Showcase is set to take place on 12 June or 13 June, depending on where you are around the world. You can find out more about the upcoming ‘not E3’ video game conferences here.