Every major ‘not E3’ video games conference in June 2022

In the absence of E3 2022, many publishers and developers are still hosting their own major video games showcases.
Leah J. Williams 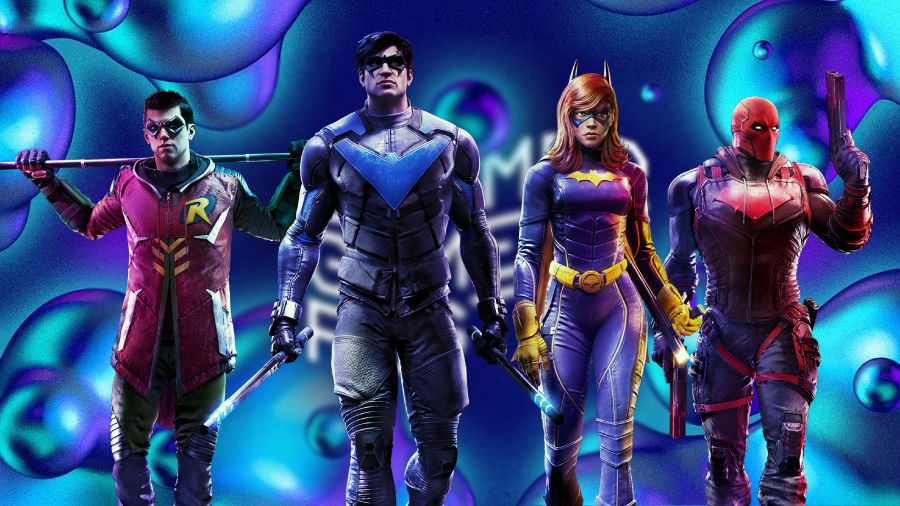 E3 2022 may not be going ahead, but that doesn’t mean June won’t be an exciting month for the gaming calendar. With a number of major video game showcases and press conferences planned across the first weeks of June 2022, there should be plenty of surprises and fresh looks at upcoming games on the way. While there will likely be some disappointments – a number of highly-anticipated titles have recently been delayed – the June period is typically a massive one across the entire video games industry.

Between celebrations of gaming, new announcements, competitions, sales, and everything in between, this year’s not-E3 gaming month should certainly be one to remember. It may not be ‘the same’ as in year’s past, but with major showcases like Summer Game Fest continuing, there’ll still be plenty to shout about.

Here’s every major video games showcase and press conference happening in June 2022, and when you’ll be able to tune in to each show around the world.

Summer Game Fest heralds the start of the June gaming announcements with a blockbuster show that should set the tone for the entire month. Game Fest Live is set to kick off the action with a number of surprises and gameplay reveals from a range of companies on 9 June 2022 from 11:00 am PT | 8:00 am CET.

The show will be live on The Game Awards YouTube and Twitch – and it’s certainly not one you should miss. Past events have played host to a number of exciting reveals, and this year’s show will likely be no exception.

Devolver Direct is returning for another year in 2022, and it looks just as ridiculous and sharp as ever. ‘The Devolver Marketing Countdown to Marketing takes the 30 glorious minutes before a typically anti-climactic big summer showcase and thrusts it into the spotlight,’ according to press release for the event.

It appears the showcase will send up everything in games from the last two years, from major delays to highly-anticipated presentations that go absolutely nowhere, and reveal nothing. At least four video games will be announced during the show, however the focus appears to be on comedy.

Here’s how those times work out in Australia:

The show will air live on the Twitch gaming channel.

Netflix’s Geeked Week 2022 is a week-long showcase of upcoming content, including game adaptations and games for streaming. At this stage, we know we’ll get a new look at the upcoming Cyberpunk 2077 anime during the show, although everything else is a mystery.

There are a number of video game-related projects currently in the works at Netflix, so we could see some real surprises during this event.

To tune in for everything ‘gaming’ related, you’ll want to stay hooked to the Netflix Geeked Twitter from 10 June onwards. At this stage, it looks like the show will be live on social media, with news drops and tidbits shown off throughout the week.

Here’s how those time zones work out in Australia:

At this stage, it appears the showcase will focus mostly on the Tribeca Games Award winner, and interviews with creators of upcoming indie games. It will be live on the Summer Game Fest website.

Here’s how those time zones work out in Australia:

The show will introduce a number of exciting new indie games from developers and publishers around the world. Last year’s event showcased over 70 games, including Aragami 2, Behind the Frame, and Hello Neighbor 2.

It will be live on social media, YouTube, and Twitch.

The Wholesome Direct video games showcase from Wholesome Games will air on 11 June 2022, directly after the Guerrilla Collective showcase. It will be live from 9:30 am PT | 6:30 pm CET.

The show, which typically spotlights a range of cosy and relaxing games, will be live on social media, YouTube and Twitch, with more details to follow.

GamesRadar+ has confirmed that the Future Games Show will return on 11 June 2022 with 40+ games on show – although not much is currently known about the event, and what to expect. Typically, these shows contain a number of fresh surprises and game announcements for multiple platforms, with the last ‘Spring Showcase’ providing new looks at titles like Lego Star Wars: The Skywalker Saga and Death Stranding Director’s Cut.

It will air live on the GamesRadar+ YouTube and Twitch.

Xbox and Bethesda are having a combined video games showcase on 12 June 2022 this year, with a number of titles set to be shown off by both companies. It will air from 10:00 am PT | 7:00 pm CET.

The show is expected to feature new looks at Starfield and Redfall, despite both games recently being delayed. Appearances from anticipated titles like Fable and Hellblade 2 are also possible.

PC Gamer has also announced the return of the PC Gaming Show on 12 June 2022. The focus of this showcase is typically PC-only games, and unseen gameplay footage for a range of titles. Prior years have spotlighted games like Borderlands 3, PUBG, Baldur’s Gate 3 and XCOM 2, so expect some meaty glimpses when this show airs.

The show will be live on on the PC Gamer Twitch and YouTube.

Capcom has announced a fresh Showcase set for 13 June 2022 at 3:00 pm PT | 6:00 pm PT | 12:00 am CET (14 June). The show will reportedly include 35 minutes of in-depth information about upcoming Capcom games, likely including Monster Hunter Rise: Sunbreak, the Resident Evil 4 remake, and Street Fighter 6.

The show lineup and new details will be announced closer to the show.

This article will be updated as more video games showcases are announced.

Following the major excitement of June will be a number of additional presentations in August. THQ Nordic is currently planning a digital showcase for 12 August, Bethesda’s QuakeCon will take place from 18-20 August, and GamesCom Opening Night Live will also take place on 24 August 2022.

While these events just miss out on the excitement of June, they should still be well worth tuning in for as we head towards the later half of the year.