Coronavirus was a difficult time for many. My family got through it by gaming.
Leah J. Williams 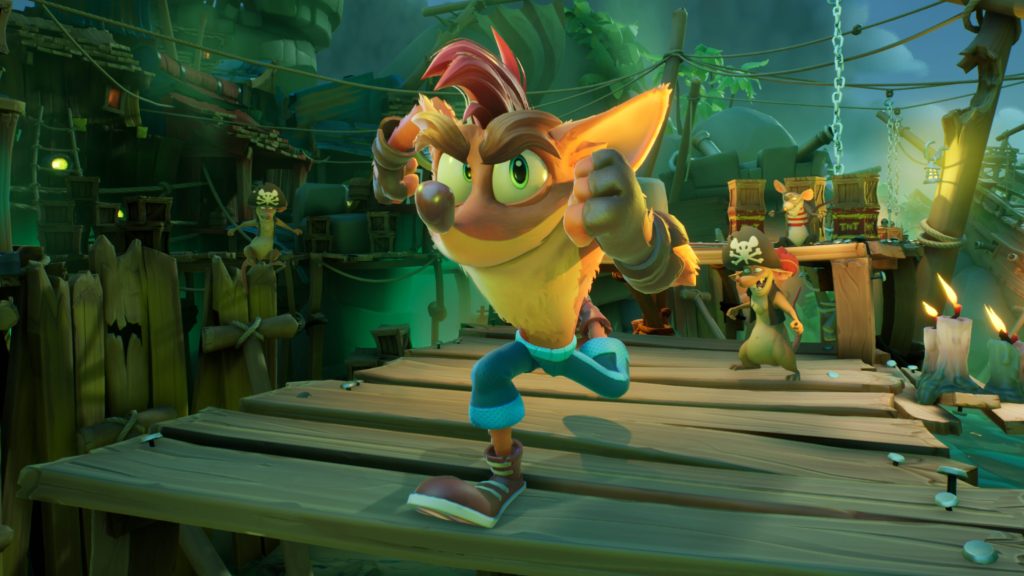 I grew up with a PlayStation remote in my hands, huddled around a TV with my mother, brother and sister. My earliest memories are being terrified of the zombies in MediEvil, catching weird little monkeys in Ape Escape, crossing swamps in Crash Bandicoot and exploring Avalar in Spyro the Dragon.

I’ve kept up with gaming since then. Heck, I’ve even made it my job — but one by one, my family eventually fell off the gaming train. Annual replays of PlayStation Classics slowed to a crawl when my siblings moved out of home, and slowed even further when I started working full-time.

The reality of playing games as an adult is that it often takes a backseat to real life. Instead of holding gameplay sessions and sitting down for an epic two-day marathon, gaming becomes more about squeezing it in where it fits.

When life got busy, family game nights got scarce. While there was the odd afternoon where we’d get together and play through a new title (the Crash Bandicoot, Spyro and MediEvil remasters briefly revived the tradition), ‘game nights’ as we knew them ended as we got older.

Post-childhood, there was a sense of urgency to playing games. We had limited time to share, and that meant playing games as quickly as possible, and not really sitting down to enjoy them.

Then 2020 happened, and everything changed again.

Suddenly, we all had more time on our hands as COVID forced everyone into lockdown.

Wasted hours on public transport translated to more free time. Living and working at home allowed a sense of convenience and relaxation that working at an office didn’t. Personally, I was able to catch up on my sleep, and had more energy for playing games longer into the night. I know I was one of the lucky ones.

For some office workers, this extra time meant more hours working as the lines between home life and work life blurred. For some, it meant more hours to fill with ‘activities’, and a deep sense of boredom with the stagnation of everyday life. The days became the same, with little to break up the barrier between work and play.

It was a few months into the ‘sameness’ of the pandemic that I got a message from my brother.

He wanted to borrow my Xbox Series X, after a long time away from games.

He was the original reason I got into gaming. Like many children of the 1990s, a time when gaming was becoming more popular with affordable home consoles, I shared a PlayStation with my siblings growing up. He was the primary owner, and often dictated the game choices. (I did get copies of Barbie: Race & Ride and Digimon World 2003, which I loved.)

Adulthood came for him following the PlayStation 3 era, and since then, he’d rarely played new games.

But the pandemic was a time for introspection and sitting at home bored, he realised he wanted to reconnect with an old hobby.

On one of the many non-lockdown weekends in 2020, I sent over my Xbox loaded with a bunch of titles and Xbox Game Pass, and he got to work.

For weeks after, I was receiving texts updating me on the status of Eivor in Assassin’s Creed: Valhalla. Who Eivor had met, and what monuments he’d discovered along the way. Around 100 hours later, he had finished the main quest, and moving on to the game’s DLC.

He tackled Gears of War 5 and Cyberpunk 2077 next, then dipped into the Forza Horizon series. After a ten year gap, the pandemic was the thing that finally brought him back to gaming in a way he could really enjoy it.

Strangely enough, the pandemic had the same impact on my entire family.

My sister asked for ‘coronavirus gaming’ recommendations soon after my brother did, and Marvel’s Spider-Man set her on the right track. She also enjoyed Untitled Goose Game and even reconnected with Skyrim, after Oblivion stole many hours of her life in the early 2000s.

Throughout my years of gaming, Crash Bandicoot has been one of the more constant features. While game quality has dipped and dived through several Crash titles, he’s always been part of my gaming adventures. He was there at the start, and he’s here now.

When the game launched, my entire family came over and played it together. A lot had changed since we’d last played Crash as a team, but despite being older and busier (and Crash being much, much harder) it was brilliant to recapture the more wholesome days of childhood.

Crash had changed sure, but so had we. There was no finishing the trilogy in two days, or breezing through well-trodden levels. It was more difficult, and more frustrating. But getting back together to play games after a year of being apart was wonderful.

It also sparked a fire in my mum that has yet to die. While my brother and sister were perfectly happy to dive into Crash for a bit and move onto other games, my mum took the game’s intricacies as a challenge.

To keep her mind off the pandemic and the difficult year we’d all had, she decided to tackle an impossible challenge: finishing Crash Bandicoot 4.

Now, while that may not seem like a difficult task for some, it’s one only seasoned players would even think of tackling. Crash Bandicoot 4 is a great game, but it’s filled with puzzles, thousands of boxes, and hundreds of gems to collect. Each level is harder than the last, and there’s always some hidden secret or trick to fully completing each level.

But the pandemic gave my mum more time, and she was determined to use it well. It gave her a goal to work towards, and an achievement she could be proud of conquering.

Crash Bandicoot 4 became a weekend ritual, one that still continues today. Every so often, I sit down with my mum and we go through each Crash level, one by one. Some of them require a spot of cheating, but for the most part, we’re doing it on our own: exploring back alleys and hidden passages, finding hidden gems, and trying our best not to die.

It’s been more than a year since we started this journey. We have ten levels left to go. Everything else has been 100 per cent completed, an achievement born from fun, frustration, and nearly thrown controllers.

In a year when everything is still going wrong, Crash Bandicoot 4 is the game we both turn to for an escape. For my brother, it’s Assassin’s Creed: Valhalla. For my sister, it’s Spider-Man and Skyrim.

While TV shows and films often fill the void for entertainment when you’re looking for something to do, gaming goes one step further. Having goals to fulfil, quests to achieve, and lands to explore makes the medium the perfect one for escapism.

Even wandering a picturesque can take your mind off your troubles and transport you to an entirely new world, one where COVID doesn’t exist and your only real responsibility is hitting boxes or walking.

We’ve all coped with the COVID pandemic in our ways. Personally, gaming has been essential for me and my family. Rediscovering gaming together meant we had new ways to play together, and new ways to connect after a year of being so far apart.

It brought us closer, it helped us cope, and it kept us entertained even as we languished in lockdowns.

Now, my family isn’t unique. Many people discovered the joys of ‘coronavirus gaming’ in lockdown, and it’s likely many more will realise how fun and transformative games can be in the future. But as the world changed and life got more stressful, sharing my love for gaming with family was a welcome break from pandemic life.

Games can be incredibly powerful. They can bring people back together. They can help them reconnect, even when they’re far apart. In the ‘post-pandemic’ years, they’ll become more important than ever.