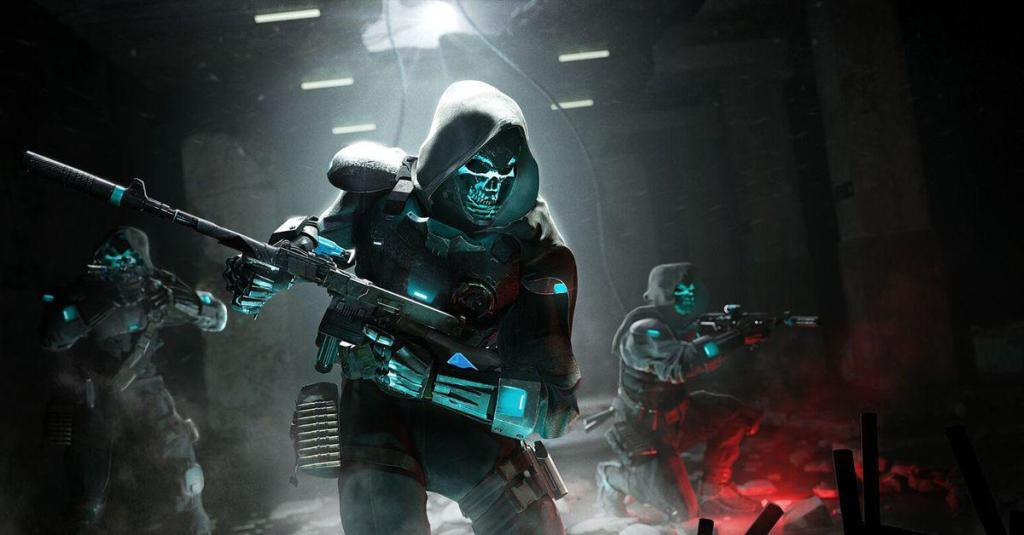 The team behind Call of Duty: Vanguard has been accused of plagiarising yet another premium skin, with its latest ‘Doomsayer’ cosmetic being identified as a near-direct copy of a character design from Dr Disrespect’s upcoming video game, Deadrop.

Both characters share very similar features – a blue glow, skeletal face, a dark hood, and tactical combat gear. To make it even stranger, the concept appears to be based on a character designed by Robert Bowling, a developer who previously worked at Infinity Ward on the Call of Duty series.

‘At least name it after me,’ he wrote on Twitter.

While the design does strongly resemble the ‘skeleton warrior’ archetype – as displayed by characters like Marvel’s Taskmaster and Skeletor from Masters Of The Universe – there are several similarities between the two characters that are extremely hard to ignore.

Both have the same teal glow and both armours have similar bodily structures. While the headpiece and hood design does slightly differ, there are grounds to make the comparison. Given the announcement of this skin also follows similar accusations of Call of Duty plagiarism – a recent ‘Loyal Samoyed’ skin was removed as it appeared to be based on stolen concepts – the situation is rather uncanny.

One allegedly plagiarised skin is enough. Two looks rather odd.

It’s currently unclear how Activision plans to address these accusations. No statement has been released as yet, although the company was fairly quick to respond to the issue with the Samoyed skin. Bowling’s prior involvement with Infinity Ward may complicate matters – it could be that the concepts are similar as they’re inspired by the same sources or artwork – or it could be that the Doomsayer skin is slowly phased out.

Keep an eye out for more news as it develops. While the ‘Malware Ultra Skin Bundle’ that contains the Doomsayer skin is still available for purchase in Call of Duty: Vanguard and Warzone, it could be removed in future.