Cartoon Network games of the early 2000s shaped the childhoods of many adults – but their legacy goes largely uncelebrated.
Leah J. Williams 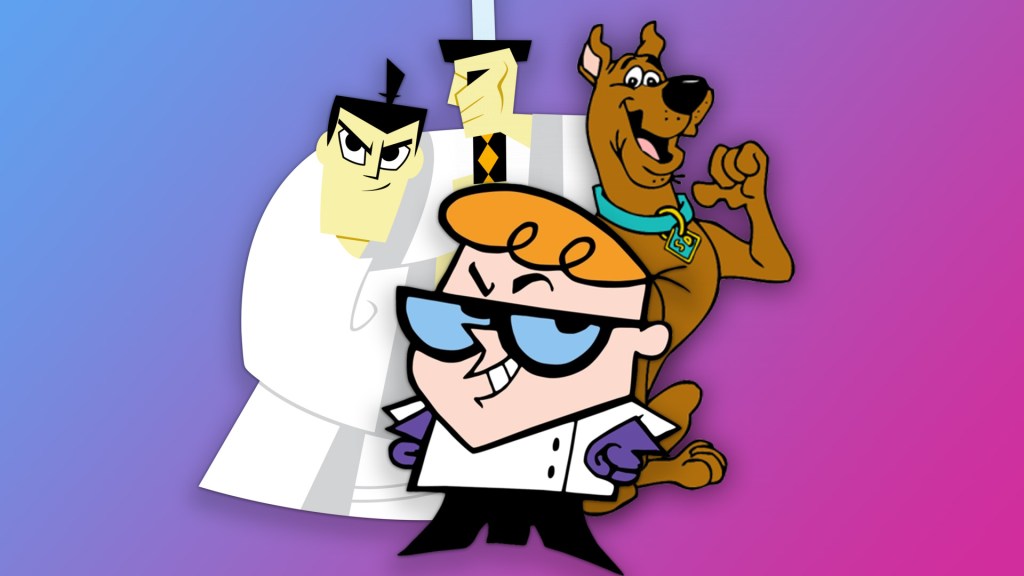 When home computers were still a novelty and gaming was still finding its feet, there was a brief moment when web games enjoyed a thriving popularity. For many young children, completing homework and doing chores was often rewarded with a hallowed blessing: time on ‘The Internet’ – a magical realm filled with potential. A half-hour or an hour spent online could be packed with adventures, from romps through MiniClip, GoPets, Miuchiz and AdventureQuest to the wilds of Cartoon Network, one of the best websites of the early 2000s.

Remnants of these websites now lay scattered, with the death of Adobe Flash Player accelerated the removal of the last relics they left behind. The digital world is built to be transient. The modern internet exists on the bones of Web 1.0, even as Web 3.0 struggles to be born. It’s a medium that requires maintenance and care – one that falters without it, leaving broken websites and memories behind.

Still, these memories remain important. Games played in childhood often have a greater impact on young, impressionable players – they seem more special, more memorable for being a novelty. For me – and many others of the early 2000s – this novelty was delivered directly by the classic Cartoon Network web game library. Here, players could jump online and play a range of mini-games that took place in the worlds of beloved cartoons – Scooby-Doo, Samurai Jack, Courage the Cowardly Dog and The Powerpuff Girls.

There was even a major adventure franchise in this collection, Cartoon Cartoon Summer Resort, that was one of the first examples of a major, multi-character crossover – decades before the Marvel Cinematic Universe (MCU) and MultiVersus would attempt the same.

Each game allowed players to jump into unique universes, all within a web browser. Droopy’s Casino Corral introduced young players to poker. Scooby-Doo and the Ghosts of Pirate Beach taught puzzle-solving and adventure tactics in a top-down exploration sim. Then, there was Hallway of Horrors, a Courage the Cowardly Dog adaptation that played as a rudimentary, side-scrolling version of Temple Run.

These games were pioneering in their own way. Beyond allowing bright-eyed kids to engage with accessible, free online games, they also provided an early template for web gaming in the 2000s, and helped acclimatise an entire generation of kids to the novelty and fun of the internet.

But despite their importance to many – the Cartoon Network era is frequently mentioned in online social posts and nostalgia-driven content – it’s fairly difficult to actually reckon with the legacy of these titles. Many were developed by a company known as Funny Garbage, but no game carries actual, named credits for their creation. This was seemingly a trend during the early 2000s – and it’s led to major complications in restoring and celebrating the names behind these games.

That said, after weeks of digging, I was eventually able to contact a senior programmer who worked on many of these titles – including Hallway of Horrors, Droopy’s Casino Corral, Samurai Jack: Path of Destiny and Dexter’s 3D Derby, among others – to discuss the history of the games, and why they remain so special.

Read: HYPER//ECHO delves into the transience of our digital world

Rob Spierenburg worked at interactive tech company Funny Garbage between 2000 and 2002, and helped to spearhead work on many classic Cartoon Network games, alongside creative director Fred Kahl, who led production. According to Spierenburg, there was around six or seven full-time programmers on the team, who worked within Cartoon Network-led directives.

The team helped to shape early online gaming, with full 3D gaming for web being one of the major successes pioneered at Funny Garbage. It was one of the first companies to dive deep into game-led marketing, and essentially kicked off the Cartoon Network mini-games library, which remains popular today – albeit with new franchises, games and characters.

‘[Funny Garbage] was a creative environment,’ Spierenburg explained to GamesHub. ‘There was a lot of leeway given, in terms of the concepts. More often than not, a game just started with, “hey, we need a game for this character, and it’s going to be this level of complexity” … We would sit down and just brainstorm some of the stuff that we could do for a specific property.’

According to Spierenburg, there was always a programmer in the room – which allowed the team to cross-pollinate ideas and have designers bounce off each other. That creativity and freedom of expression is reflected in each of the games Funny Garbage produced, which range in genre from action-adventures to puzzlers, exploration games, runners, and more.

While loose briefs were often provided, it was up to Funny Garbage to hone exact concepts, appropriate to each Cartoon Network game the team worked on. Generally, these titles were created to support a cartoon launch or major event – but while they were promotional in nature, they also maintained a sense of creativity and excitement that made them fun in their own right.

Scooby-Doo and the Ghosts of Pirate Beach is a game I personally have vivid memories of, as a young fan of the series and spooky, kid-friendly ghost tales. In it, you play as the iconic Scooby Gang as they search for clues to solve the sudden appearance of evil pirates looking to claim the treasure of Redbeard.

The first part of the game is a unique point-and-click experience – while the rest plays out in maze-like caves where players must avoid pirates, collect batteries for their flashlights, and recover stolen items. The vividness of my memories comes from playing the game over, and over – with the game’s creepy tones and colourful art being particularly enchanting as a young gamer.

Likewise, the Cartoon Cartoon Summer Resort series had a strong grip on my attention. It was a point-and-click adventure title based around finding and trading objects with iconic Cartoon Network characters – The Mayor from The Powerful Girls, Red Guy from Cow & Chicken, and all the ‘Eds’ from Ed, Edd n Eddy.

The excitement of being able to interact with my favourite characters was matched by the novelty of having accessible, fun games available for free online.

Toonami Lockdown is one game Spierenburg is particularly proud of. It was developed to support one of Cartoon Network’s Total Immersion Events – a series of multimedia crossovers between TV and web that allowed kids to take part in major, global adventures with Toonami hosts TOM and SARA.

‘The inspiration came straight out of something like The Legend of Zelda … and Final Fantasy, where you’re walking in the map view and then you hit somebody, and now you go to battle and you have a battle view.’

It also allowed kids to play along and take part in a joint initiative – with Toonami Lockdown playing back into the events of the TV-based adventure.

Funny Garbage remained a pioneer in the web gaming space throughout the early 2000s, leading new forms of marketing and player engagement through its slate of Cartoon Network titles. Much of this success, Spierenburg said, was due to the nature of Adobe Flash Player.

‘TV and multimedia pairing like [the Cartoon Network games] was very new, and the great thing is that Flash allowed us to rapidly build games. A really well-though out Flash game could be executed as part of a marketing plan in a few months … [it] really allowed [Funny Garbage] to pioneer this kind of [TV and online] partnership.’

In 2022, it’s become very difficult to access content from this important era, with Adobe Flash Player now defunct, and original Flash games rarely preserved well. While many are available through third-party preservation platforms like BlueMaxima’s Flashpoint, many remain missing and inaccessible. As the internet continues to advance, it’s likely even these mirrors will start to degrade, leaving behind the legacy of Funny Garbage and Cartoon Network games.

Spierenburg agreed this lack of proper preservation for web games is a major issue – one that will ultimately leave great swathes of gaming history behind.

‘[These games] represent part of global cultural history,’ Spierenburg said. ‘These things were all over the world, and everybody was engaging with them … [they] were truly global, simultaneous, concurrent things released by Cartoon Network … it was a kind of communal cultural moment, and one of the first times that the internet took on that role, of allowing kids from all over the world to engage with the same experience, at roughly the same time.’

Spierenburg called for the games to remain accessible, in the hopes that younger kids of the modern generation will still be able to access them and enjoy the experiences for what they are. While they pale in comparison to the scope and graphical capabilities of modern games, they represent an era worth remembering – one where change was a constant, and the pace of technology change was blistering.

In the early 2000s, it was impossible to predict the impact that early web games would have on children growing up – or that there would still be audience for the games in the modern era. But they remain notable relics of a time when children were just discovering the internet, and how it would reshape their lives.

For Spierenburg, this was a distant thought for programmers – while the Funny Garbage development team was aware of the longevity of cartoons like Scooby-Doo, the thought that its games could remain prominent in the public conscience decades on was strange and exciting.

‘We knew there was an audience, and we knew we were creating something to entertain the masses – and it was very exciting for us … but a lot of times at Funny Garbage, I don’t think we were trying to impress the world. We were just trying to impress each other … I hope people remember that one of the reasons that they love those games is because the people behind them love them too.’

Regardless of intention, the Cartoon Network suite of web games remain fondly remembered in back alleys of the internet, shared between whispers and snippets of gameplay posted online. While they existed in a brief window on the internet, as home computers were entering the mainstream, the fond memories of players will keep them alive for decades to come, even after the natural progression of the digital world renders even the backup versions of the games unplayable.

The nature of digital and web games means each title created by Funny Garbage and Cartoon Network will inevitably, eventually disappear – but that won’t erase their incredible legacy, or how they connected young kids across the globe, for those brief, beautiful moments in childhood.