MultiVersus is the weird crossover brawler we need right now

MultiVersus boasts an excellent character roster, and a variety of sharp and well-designed moves that elevate its action.
Leah J. Williams 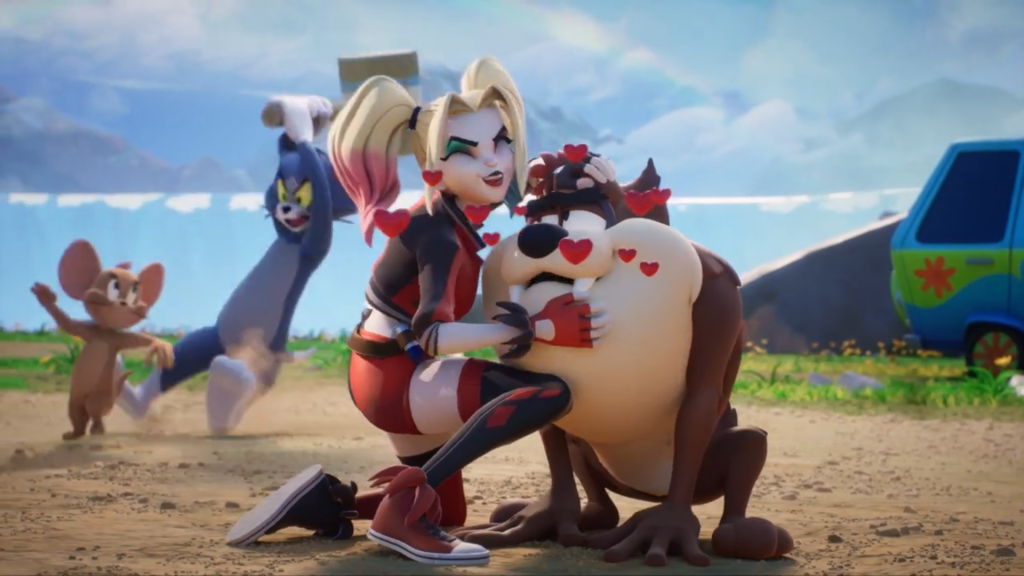 There is no part of MultiVersus that should work. It’s entering a crowded brawler market still dominated solely by Super Smash Bros. Ultimate. It features an odd cast of characters from across multiple Warner Bros. properties. It appears to be part of a corporate-led push for massive, multi-universe crossovers partially inspired by the success of the Marvel Cinematic Universe. But despite everything working against it, including critical public expectations, MultiVersus is – quite simply – brilliant.

The game clearly owes a lot to existing brawler games, like Brawlhalla, Rivals of Aether and Nickelodeon All-Star Brawl – all of which were named as inspirations by Player First Games producer Phoebe Stokes in an interview with GamesHub – but it incorporates a number of clever tweaks that instil a sense of originality and flow, and mark the game out as unique.

Chief amongst these smart tweaks is the game’s smooth and responsive combat, which operates quite differently to standard brawlers. Where tactics in Super Smash Bros. Ultimate often involve well-timed blocks and jumps, MultiVersus introduces a handful of nifty moves that inject a different flavour of strategy into the game, including climbing and a bigger reliance on dodging, both of which came in handy during the alpha playtest GamesHub was invited to participate in.

Climbing is simple: if your character is near a platform edge while off-stage, they’re able to climb up and save themselves as long as they have enough stamina to make it. It means there are fewer ‘silly mistakes’ like accidentally flinging yourself off a stage without means to survive.

‘If you’ve ever watched someone else play a platform brawler and they just fall off the edge and die immediately … that was one thing we really didn’t like about other games,’ Stokes explained about the inspiration for the MultiVersus movesets. ‘We were like “how can we make it so that people have a fun time fighting, and don’t just die from stupid stuff that shouldn’t happen?” We wanted to remove that barrier of entry.’

The second most important change is the absence of a block system and a focus on dodging, which removes the ability for a ‘turtling’ defence. Rather than being able to block and attack outright, characters need to rely on great timing to avoid attacks altogether. Jumping and moving can help dodge projectiles and heavy-hitting moves, like the stretchy arms of Jake the Dog from Adventure Time, but a well-timed dodge can help players avoid moves while staying amongst the hectic flow of combat.

It also adds a layer of more thoughtful strategy into the game, beyond what most brawlers have accomplished. Special moves have their own unique cooldowns before they can be used again, and spamming attacks will result in reduced damage. So rather than button-mashing, the combat structure of the game encourages you to note movement flows and incorporate rolling, dodging, and attacks at the right time.

This also aligns with the game’s stamina and damage systems, which can prevent escape in two ways. Should your stamina run out, you’ll be unable to perform leaps and jumps back to the main platform. In addition, high levels of damage mean you can easily get knocked out the arena by a high-powered move.

While there’s certainly a strong resemblance to Smash Bros. in the implementation of these systems, unique twists like cooldowns and the lack of blocking help give MultiVersus its own sense of personality.

This is also aided by a vast range of characters that each have their own special moves and strengths. Each hails from an iconic Warner Bros. property or story (minus Reindog, who is new to the game) and has their own inter-generational fanbase.

While younger players may not know Arya Stark from Game of Thrones (or they shouldn’t, at least), many will be familiar with Steven Universe and Garnet, or Jake and Finn from Adventure Time. Older players may not know those characters, but they will recognise the Scooby-Doo gang, or the voice of Kevin Conroy as Batman.

There’s something for everyone here.

Every character gets justice in MultiVersus

During the alpha test for MultiVersus, every character previously announced for the game was available to play, unless they required unlocking through Battle Pass achievements (Cake the Cat is an alternative skin for Jake the Dog, for example).

Each plays wildly differently, but in ways that make sense for character canon, lore and the world of the game. There are some caveats so that everyone works well together in the game – ie. Superman should rightfully be the most powerful character in the game, and isn’t – but overall, the mix is very well-balanced, with a range that offers multiple fighting strengths.

‘The [Player First development] team will all get together and do a brainstorm … to come up with ideas that we think would fit within the universe of the character that we’re making, but also be fun gameplay mechanics,’ Stokes said of the ideation process.

This process led to a number of hilarious choices. For example – each time Taz of Looney Tunes hits a player, he adds a piece of ‘salt’ to them. If he hits them 16 times, they briefly turn into a roast chicken with limited movements and zero attacks. Velma of Scooby Doo spawns clues every time she hits a player. If she can collect enough clues, she can call a police car on an opponent, who are then driven off the stage.

Jake the Dog doesn’t have a mounting attack, but he can use his stretching abilities to form a skateboard, which can be bounced on enemy heads, and he can also turn into a house, a sailing boat, and a horse to interrupt other players.

And of course, there’s also Shaggy, who appears in a form inspired by his fan-dubbed ‘Ultra Instinct’ mode. Stokes made sure to emphasise the word inspired here, given the meme served as the primary inspiration behind his creation and inclusion – with some added powers, courtesy of the development team.

It’s a fun easter egg for fans ‘in the know’, and a great nod to modern Scooby-Doo history.

‘It’s something that they’re really playing into because it’s just a lot of fun,’ Stokes said. ‘It’s something so out there, like – what? Shaggy is this super strong being? … [it was] very inspired by the meme.’

Beyond being a simple nod to the meme, Shaggy’s inclusion also speaks to the desire of Player First Games to really involve its audience in gameplay and creation as it works to perfect the MultiVersus formula.

This input is essential as certain characters are balanced – Jake the Dog is ultra powerful, and is a likely candidate to be nerfed ahead of launch – and this will be an involving process going forward.

Player First Games has high hopes for the future

To help tweak the game for its audience, Player First Games has already chosen to live up to its name, by taking player feedback to heart in both playtests and character reveals.

When Steven Universe was revealed as a fighter, for example, fans spoke out against the initial model as it didn’t resemble his classic animated form. Following this, Player First Games made a number of changes, with the existing version of the character in the game looking much closer to his cartoon counterpart.

Going forward, the team hopes to extend this player-first philosophy to gameplay itself, particularly as keen fans are able to jump into upcoming playertests and betas ahead of the full game launch in 2022.

The team has high hopes for the success of MultiVersus in competitive spaces. From the alpha test GamesHub was able to access, it’s clear that the game can reach this realm, as long as it has the audience it needs to thrive. A small character and world base to start with will likely attract early players, but plans to increase the content and fighters in future will likely keep players coming back for more.

‘I really want MultiVersus to be just like the other big, free-to-play titles out there where there’s a huge esports scene, but also a big scene for casual people who just want to play a game with their friends,’ Stokes said. ‘I hope that we can reach that point one day.’

While it’s still early days for MultiVersus, all signs point to the game eclipsing the expectations placed upon it, and earning its way into the hallowed halls of the pro fighting game scene. While a lot may change before the game’s final release, this early alpha glimpse brimmed with bright and shiny promise.

As it stands, the potential for MultiVersus is near-limitless – just like Shaggy’s omnipotence.

MultiVersus is currently set to launch on PlayStation, Xbox, and PC later in 2022.