Flashback: The rise and fall of Adobe Flash Player 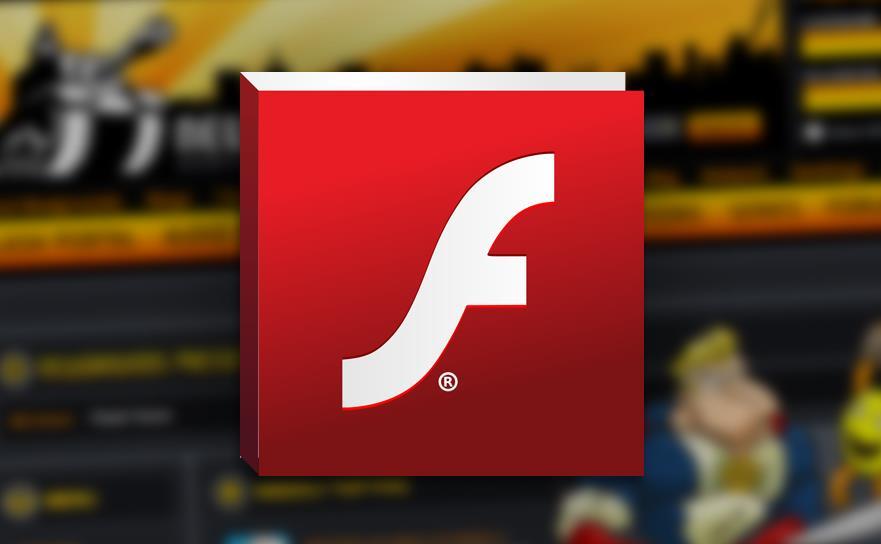 ‘The web is a much less interesting place to be these days,’ says game developer Oliver Joyce.

It might have been a long time coming, but Flash’s disappearance hit me hard when I logged onto Neopets in early 2021 in a bid to distract myself from the isolation of the pandemic. Seeing the game screen replaced by a grey tombstone icon, I saw memories buried under the weight of the net’s transformation. I didn’t have internet at home until I was 18, but by then I’d already spent countless hours at public libraries and friends’ places playing Adobe Flash games, which were for me a source of endless comfort.

If you’re old enough to remember the joys of Zynga’s original Farmville, the inexplicably popular Salad Fingers, or the cult classic Homestuck, you might feel strongly about the recent phaseout of Adobe Flash Player—a quick loading plugin for multimedia, animation and video that allowed internet users in the 90s and 2000s to create unique online content that would go on to transform digital cultures. Just ten years ago, according to Adobe’s own numbers, Flash was installed on 99% of internet-connected desktop PCs, and thousands of free, browser-based games and animations were collected on websites like Newgrounds and Miniclip. This year, as of January 2021, Flash has officially stopped running, disabling all its games, videos and animations across the world wide web.

I spoke to Oliver Joyce, former Newgrounds game developer, about the rise and fall of Flash, and what it means for online gaming. Initially, I wondered how Flash could have faded so quickly, from being connected to millions of websites, to none at all in the space of ten years. But in terms of changes to web gaming software, the phaseout of Flash actually represents quite a lengthy process. ‘This was a long time in the making,’ says Joyce. ‘The thunder punch against Flash was Steve Jobs’ infamous Thoughts on Flash letter back in 2010.’

Seeking to minimise the competition that Flash posed to the App Store, Jobs had written a statement outlining his beef with Flash, not all of which was completely warranted: he argued that Flash drained the battery life of early smartphones too quickly, and that it presented too many security issues. Overnight, Apple banned it from all of their devices.

‘Flash was, admittedly, in the wrong hands, capable of making monstrous, unusable websites that assaulted the eyes and ears. But in the hands of skilled designers, an interactive Flash piece could be a thing of beauty.’

Joyce suggests that this was primarily a business move, separate from the criticisms outlined in Jobs’ open letter. ‘Jobs wanted everyone to use Apple hardware and software only – and he wanted the end user to pay for it.’ As a result, Joyce says, ‘the industry’s faith in Flash was shaken to a point that it never really recovered.’ Though Adobe could have done more to address the security issues with Flash, Apple had pulled the plug. ‘What that meant for the industry, and to an extent internet culture here in Australia, was a real shift away from the creative web,’ he says.

This is not to say that Flash was an apotheosis of multimedia: ‘Flash was, admittedly, in the wrong hands, capable of making monstrous, unusable websites that assaulted the eyes and ears’, Joyce admits. ‘But in the hands of skilled designers, an interactive Flash piece could be a thing of beauty. Animators, musicians, game designers, programmers, video makers, all used this one wonderful tool to collaborate.

‘These days, many of the creative types steer well clear of the web and have moved into other industries.’ Alternative software has struggled to fill the gap left by Flash: ‘From a purely informational standpoint, the rise of HTML5 has been a boon, but the web is a much less interesting place to be these days.’

READ: The most anticipated Australian games of 2021

This could partly be the tint of rose-coloured glasses, though. An independent game developer by trade, Joyce had used Flash on and off for over two decades. ‘It feels surreal to say that!’ he says.

‘Back in 1999 [the year the 4th version of Flash was launched], my first real industry job was as a multimedia developer.’ He says, continuing, ‘there was this explosion of interest in this new “motion based” web, for lack of a better term. Flash exploded onto the web and with it came this wonderful Wild West of games, interactive experiments, full screen video.’

With almost 100% of online PCs plugged into Flash, Joyce says the possibilities for independent game developers were endless. In fact, his most popular game, Swords and Sandals 2, which has since been rereleased through his studio, Whiskeybarrel, attracted players in the hundreds of millions. ‘Even now, 15 years after it is launched, I get emails from adults who tell me they loved my Flash games as a kid and want to know where they can play them. So, I owe a lot to Flash,’ he tells me.

What exactly made Flash unique? According to Joyce, it was the collaboration: ‘the simple genius of Flash was that an artist could animate using the same software as the programmer, and both would feel comfortable with the toolchain. Everyone worked with the same bit of software, for better or worse.’

Newer technologies are less open to tinkering: in HTML5, for example, ‘everything is strictly separated out, and in many ways the workflow is greatly fragmented […] Artists dare not touch programmers’ work [and] programmers receive finished art that they cannot tinker with.’ In some ways this has negatively affected the creative output of web developers. As Joyce says, ‘Honestly, HTML5 is still struggling to do what Flash was able to do a decade ago from an animation standpoint! A lot of creativity was lost, never to return.’

‘HTML5 is still struggling to do what Flash was able to do a decade ago from an animation standpoint. A lot of creativity was lost, never to return.’

So have we taken a step backwards by ditching Flash? While Joyce admits that HTML5 has improved user experiences of standard informational websites (‘I think we’re all a little thankful not to see our favourite restaurant website load up with spinning logos and long animated sequences’), the more interactive side of the web has suffered. It also hasn’t been simple to convert the more innovative Flash content to newer forms. ‘HTML5 just does not have the animation capabilities of Flash (nor the tiny file sizes), so there is usually a lot of compromise,’ Joyce explains. He mentions Ruffle, an emulator currently in development with the purpose of replicating Flash’s capabilities.

In addition, many opportunities exist to access Flash material currently available in updated formats. ‘For those who are still interested in exploring old Flash content on the web, there are still sites like the Internet Archive and Newgrounds who have been looking to preserve a vast library of old Flash games and animations.’ It’s also possible to download and run Flash files in older browsers. Thankfully when it comes to Flash content, all is not lost.

The rise and fall of Flash has certainly been momentous for both the players and creators of web games across the internet. Ever since he first created Swords and Sandals, Joyce says the plugin has allowed him to travel the globe in his career as a fully independent game developer and now parent of two: ‘In essence, Flash gave me the freedom I always wanted – to work for myself, creating content I love. And so for that, I have nothing but love for it. There’ll never be a web era like that again, and I’m immensely proud to have been a small part of it.’

Zowie Douglas-Kinghorn is a young writer and editor living on unceded Dharug lands. You can find her recent work online in Meanjin, Overland, Kill Your Darlings and others. Zowie is on the editorial committee of Voiceworks magazine and an emerging editor with The Unconformity. She tweets @zowie_dk