All the Big Video Game Events in 2022

There's a ton of video game events happening throughout 2022. Here's the ones we're keeping track of.
GamesHub 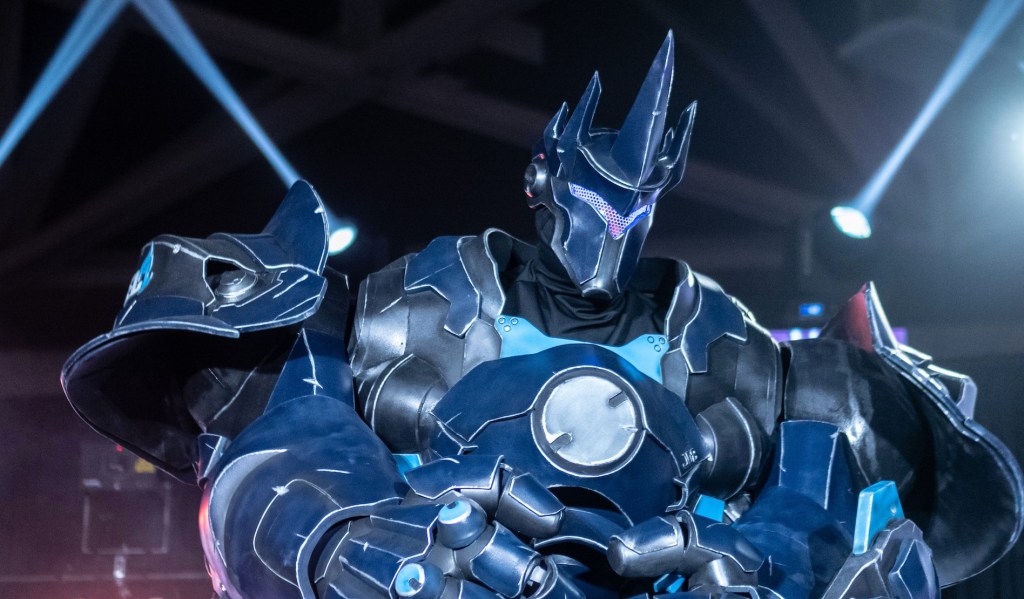 In mid-2021, most of us were confident that real-world events and video game conventions would probably go back to the way things were in 2022. But despite increasing vaccination rates, COVID-19 is still wreaking havoc on our ability to safely be among large groups of people, and so the status of many video game events remains in question.

Many organisers are hedging their bets like last year, providing both in-person and online components – both in the name of being accessible to a much broader audience than usual, and also as a contingency plan, should the worst occur.

This article will keep track of all the notable game-related events for developers and video game enthusiasts throughout 2022, and will be periodically updated to reflect the latest information. If you have a video game event you’d like to see listed, get in contact via email. (Last updated: 6 May 2022)

The Queensland leg of Supanova will follow Melbourne closely, provided the COVID-19 pandemic doesn’t get in the road.

The premiere PAX event returns for a physical event in 2022 after being postponed in 2021. As with all PAX conventions, you can expect plenty of upcoming big-name and independent video games to take a look at, tabletop sessions, panels, tournaments, musical performances, and all-around good community vibes.

The organisers have stated that all attendees must be full vaccinated, and masks are mandatory. Find out more on the PAX East website.

Oz Comic Con will take place in Adelaide during May, after being postponed due to the venue being used for COVID-19 vaccinations. Exhibitors are yet to be announced for 2022.

Oz Comic Con in Melbourne kicks off a particularly busy month for events.

Following Queensland’s Supanova will be the Sydney version.

Finally, the first half of Supanova’s yearly events will hit Perth.

As E3 shifted its gears, games journalist and industry advocate Geoff Keighley, known for creating The Game Awards, started to use his influence to bring developers and publishers together in the middle of the calendar year to collect and curate a clump of new game reveals and announcements for the gaming fans.

This year’s Game Fest will be a ‘cross-industry showcase’ including plenty of game announcements, reveals, and the return of the Day of the Devs indie game showcase. Given the fest has only slim competition this year with the cancellation of E3, it presumably has free rein to spread its wings.

For more details on times and livestream locations, refer to our article on how to watch Summer Games Fest 2022.

As part of the Summer Games Fest, the Tribeca Games Spotlight will showcase new games and interviews with their developers, who have been chosen as part of the official selection for the film festival, who introduced formal recognition for games in 2021.

The newly formed behemoth of Xbox and Bethesda have set the date for their big annual showcase, which takes place as part of the Summer Game Fest. Expect new game announcements from both Xbox Game Studios and Bethesda, deeper looks into titles coming later this year – most notably Starfield – as well as potentially some more business announcements from Microsoft’s games division.

Australia’s longest-running and largest independent games festival is a sure thing every year. Freeplay typically features a series of thought-provoking talks from independent creators all around the world. The last two years have been digital-only events, but there’s always hope that we’ll see an in-person event in 2022.

Freeplay also hosts the Freeplay Awards, which celebrate the best indie games to come out of Australia.

Games for Change is the annual conference that brings developers together to talk about serious games – games for the purposes of education and societal change.

Games for Change also had an Asia Pacific version of the conference in 2021, which was held during Melbourne International Games Week. While there’s no current confirmation, this could make a return in 2022.

QuakeCon is a celebration of all things Quake and Bethesda. This year’s show will be an online-only event where fans can tune into digital showcases, participate in charity opportunities, face each other in BYOC tournaments, and take part in online meet-ups.

This will likely be the last online QuakeCon before the show returns to an in-person format in 2023.

Gamescom remains one of the world’s absolute biggest consumer video game conventions. While the 2021 edition was digital-only, organisers have said it’ll return in 2022 for an on-site event. There’s plenty of press conferences and new game reveals to be expected from this one.

Gamescom also plays host to Opening Night Live with Geoff Keighley, which collects a number of game announcements in one livestream.

The US West Coast version of PAX returns for 2022, featuring all the things you can typically expect from the conference. There’ll be hands-on sessions with upcoming video games, panels with developers and gaming personalities, and areas dedicated to tabletop and free play.

DreamHack, one of the world’s biggest esports events, is coming to Melbourne in September 2022. Attendees will be able to take part in massive LAN tournaments and watch esports finals including the end of the League of Legends Circuit Oceania, ESL Challenger #50 CS:GO, and Halo Championship Series: ANZ.

There’ll also be a number of other on-site gaming activities throughout the event, including tabletop gaming sessions and showcases from local independent studios.

The Tokyo Game Show, as you might expect, plays host to a slew of Japanese developers and publishers. While it used to be quite a significant video game event for Western audiences to keep an eye on, many of the companies typically featured have now established themselves more firmly in other English-speaking events during the year.

The Tokyo Game Show has subsequently had its focus return to games that are of far more interest to the local Japanese market, though some interesting bits and pieces do tend to cause a few ripples.

The final Oz Comic Con for the year will take place in Sydney ahead, just ahead of the big events in Melbourne the following month.

Australia’s premier calendar event which celebrates video games and the local industry encompasses two major conventions, PAX Aus and Games Connect Asia Pacific. In addition, a slew of individual events and workshops that take place both online and in-person across Melbourne are dotted throughout the week.

While its 2021 events pivoted to a digital-only affair, 2022 should bring everyone together again.

The only PAX-branded convention to take place outside of the USA, PAX Australia has been one of the highlights of Australian video game culture since 2013. It plays host to international developers showing off their upcoming titles, as well as panel discussions, workshops, opportunities to play video games and tabletop games, and a whole section dedicated to local indie development.

GCAP represents the industry-focussed side of Melbourne International Games Week, and features a series of talks and workshops for game developers to learn from each other and hone their craft. GCAP also plays hosts to networking events that connect developers to publishers and funding opportunities, as well as students to knowledgable industry veterans.

The Australian Game Developer Awards feature as part of GCAP.

A mini-showcase run by the folks at Freeplay Festival, Parallels is a night to showcase some of most promising upcoming work from Australian game developers. In the past, games like Untitled Goose Game, Unpacking, and Heavenly Bodies have been shown, so it’s well worth tuning in for.

The Brasil Game Show is the largest gaming convention in Latin America, typically attended by many major publishers, given the enormous audience audience it attracts — 325,000 people in 2018. 2022 will be the first year it’s been run since 2019, though no publisher announcements have been made at the time of writing.

The second half of Supanova’s yearly events will begin in Brisbane.

Finally, Adelaide will round out another big year for Supanova, COVID-19 restrictions pending.

PAX Unplugged is a PAX convention that focuses primarily on tabletop games. You’ll have opportunities to play unreleased games, attend panels, and visit the numerous vendors in the tabletop space to see their latest wares.

Geoff Keighley’s Game Awards finish the year off with a celebration of some of the best games that have been released in the year prior. However contentious the award categories usually are, the reason to tune in is to catch the high number of new games that are revealed.

Xbox even revealed a console there once.