A cinematic narrative adventure with a strong identity, stunning set pieces, and lots and lots of rats.
Edmond Tran 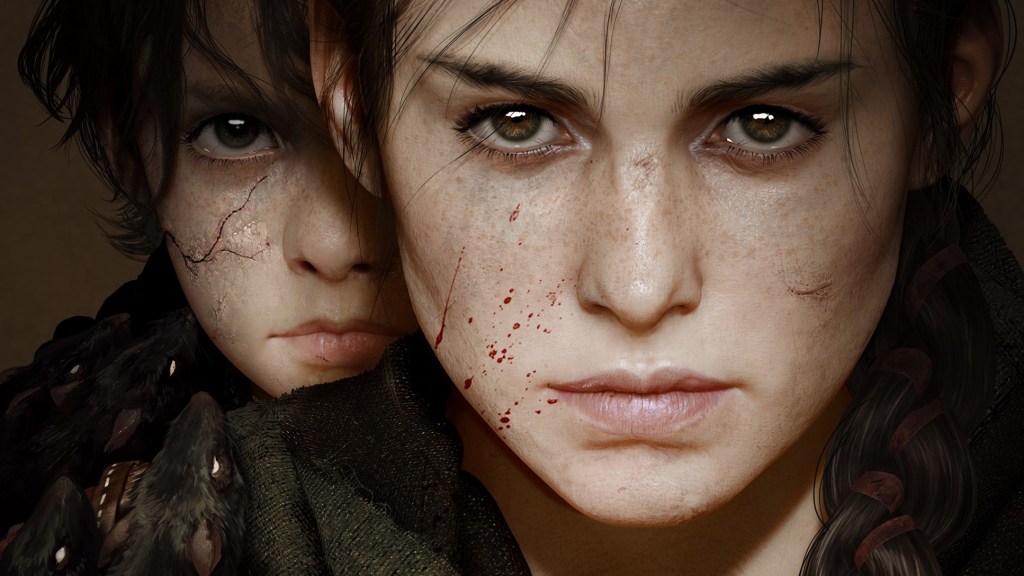 I never expected a bunch of 14th-century rats to be a good example of the technical feats possible with 21st-century computer technology. During several setpieces throughout A Plague Tale: Requiem, a bunch of rats – seemingly hundreds of thousands of them – burst through buildings and destroyed entire cities before my eyes. They filled up vast open canyons in staggering numbers, and writhed in disgusting, unholy masses as they poured over themselves and polluted every crevice of my vision. The sheer spectacle was absolutely terrifying.

There are a lot of rats in A Plague Tale: Requiem – the sequel to A Plague Tale: Innocence, which continues to follow teenager Amicia De Rune and her young brother Hugo as they try to survive a fantastical interpretation of the real-world Black Death, a plague which was largely carried by rats. There is a lot of death, a lot of fear, and a lot of suffering, with the game amplifying the effects of this pandemic-riddled world in grim, but spectacular ways.

Thankfully, A Plague Tale: Requiem also takes several opportunities to use its technical muscle to linger on the beauty of its world, and of life, too. Several scenarios are spent frolicking through wonderfully picturesque natural environments, staring at the horizon of the sea, enjoying everyday city and village life, and taking in the vibrant colours and blue skies. In a pandemic narrative published after 2020, it’s much appreciated.

As a cinematic narrative adventure game, taking significant stylistic cues from PlayStation Studios titles like The Last of Us and God of War, A Plague Tale: Requiem is a stunning rollercoaster through environments and setpieces both grim and gorgeous. Life and death are lingered upon in equal measures, and are used to emphasise the impact each has on the other in both plot and themes – pre-plague and post-plague. Joy and suffering. Blissful ignorance and stark, horrible reality.

Amicia and Hugo, along with their alchemist mother and her apprentice, are trying to find respite from grim reality in Requiem, and find themselves hurrying from one situation to another as they desperately try to settle down and care for Hugo’s fantastical affliction – which is somehow tied to the rats and plague. You don’t need to know all the events of the previous game, Innocence, to keep up with the new developments in their journey – you just need to know all of the chaos they run into during Requiem has happened before.

Thematically, the constant danger, stress, insecurity, and fear of the future begin to take their toll on Amicia and Hugo, even as Amicia tries hard to care for her brother and give him the best possible childhood where she can. The ricocheting is constant – we see them enjoying each other’s company with childish jokes and games, and then not long after, see them dealing with the heavy mental trauma that comes from Amicia and Hugo’s increasing need to dispatch those who cause them harm.

It’s a compelling story filled with moments both quiet and extreme, and the actors do an admirable job bringing some of the subtleties of scenes to life. But where Requiem suffers is in its apparent need to verbally over-communicate the emotional state of characters, and really knock you over the head with what’s happening.

Amicia and her companions are talkative to a fault, often spending a lot of breath making sure their displeasure or stress during high-tension moments are absolutely, definitely known. Supporting characters will reinforce, reaffirm, and offer sympathy regularly. It’s jarring, because Requiem already establishes the scene and atmosphere of moments so well, through things like evocative environmental design, or in the first few lines of dialogue alone. A bit more restraint in the game’s script may have resulted in a stronger, more meaningful effect.

But the exploration of the characters continues to be a strong point of interest in Requiem regardless, as Amicia and Hugo come to grips with the necessities of survival. Like the first game, Requiem is primarily a stealth action game where complete avoidance of conflict is the ideal outcome. However, Amicia will eventually develop and come to rely on a wider combat vocabulary as the narrative stakes escalate.

While she begins with distraction techniques, as well as the ability to stun enemies, she soon gains several tools and abilities that allow her to directly and immediately dispatch more heavily-armoured soldiers with deadly force, and in increasingly colder, more bloodthirsty ways.

The hybrid combat and environment traversal setpieces begin largely as paint-by-numbers exercises – but eventually open up into larger combat arenas with more avenues for approach, allowing for flexibility in your methods. That Amicia can hide and re-enter stealth after being discovered also helps these sections feel more freeform, natural, and engaging.

The key mechanic of using light and dark to manipulate rats away from critical paths and towards enemies returns from Innocence, and you’ll quickly collect a meaningful variety of craftable tools to utilise. Concoctions to light, extinguish and amplify fires, and multiple methods to deploy those concoctions will be used frequently on the environment and enemies. Tools used to manipulate rats, including some entertaining arcane methods, also come into play.

While moving past obstacles only occasionally poses a significant challenge, given all the possibilities you have on hand, having multiple viable ways to get past an enemy does allow the tasks some degree of individuality, and certainly helps when your resources are limited.

It also helps to temper the downward spiral of Amicia’s morality to a reasonable degree – a dissonance other games tend to have trouble with. In Requiem, Amicia becomes a capable killer, but only when she has the resources to do so, which adds an enjoyable sense of tension – do you use the single-use knife to preemptively silence an enemy for good, or do you save it for later, when you’re caught off-guard and need to escape?

In the end, A Plague Tale: Requiem has a strong identity, with a good degree of agency to allow for player creativity and expression. Moving through its stunning world and spending time with its characters is gratifying – even if many of its setpieces are terrifying or grim, even if its inhabitants are a bit too chatty, and even if there are far, far too many rats. The hope you find on the other side is usually worth the struggle.

The Xbox Series S/X version of A Plague Tale: Requiem was provided and played on an Xbox Series X for the purposes of this review.