Everything we know about God of War Ragnarok

God of War Ragnarok is one of the most anticipated games of 2022. Here's everything we know about it.
Leah J. Williams 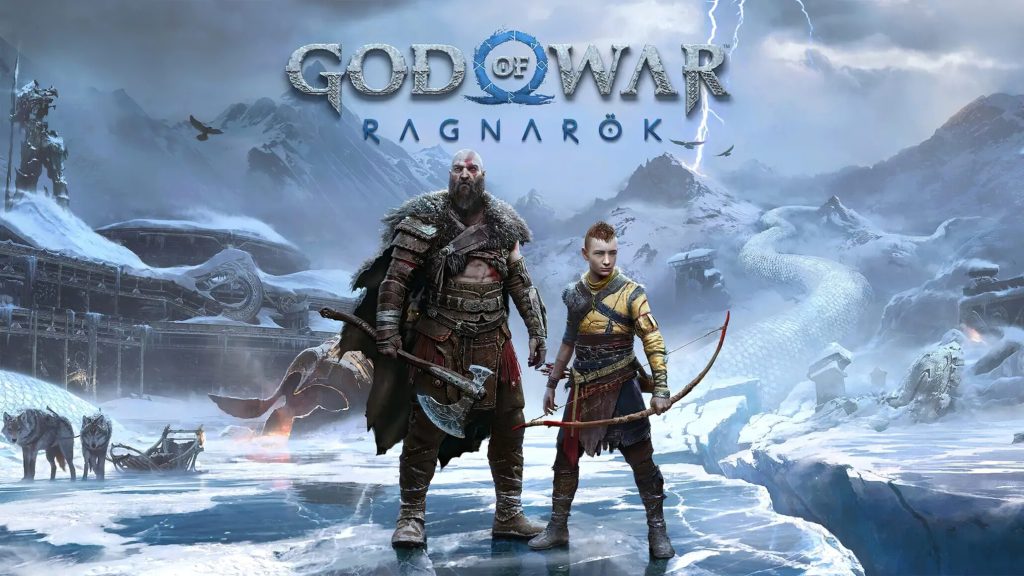 God of War Ragnarok is set to tell one of the most epic video game stories of 2022 when it launches in November for PS4 and PS5 consoles. While we’ve only seen teasers and cinematic trailers for this upcoming adventure, the anticipation for its epic tale is at an incredible high. Developer Santa Monica Studio has developed an impressive reputation for quality games in the wake of God of War (2018) and its intimate, deeply personal tale of growth and fatherhood. Ragnarok remains an enigma, but there’s no doubt the game will aim to be just as operatic and eye-opening as its predecessor.

Even with Santa Monica Studio holding its cards close to its chest, there’s plenty we know about the upcoming game, from when it’ll release, to which gods will guest star in the action. Here’s what we’ve learned so far.

While its predecessor recently launched on Windows PC, don’t expect Ragnarok to land on the platform at launch. Should it eventually come to PC, but expect at least a year of exclusivity on consoles.

Here’s everything included in each tier of the game:

These game editions are not currently listed for sale online, but we should get a better idea of the prices closer to the planned launch date.

What is the story of God of War Ragnarok?

Ragnarok will directly follow the events of 2018’s God of War, which saw hero Kratos journey with his son Atreus through the nine realms of Norse mythology to scatter the ashes of his wife. At the conclusion of this tale, Kratos discovered the true identity of his son – Loki, the trickster prophesied to cause the downfall of the Gods during Ragnarok, a great battle that ends the world.

In their journey to make sense of the oncoming storm, Loki and Atreus will face down a number of threats, and turn to the Gods to help prevent disaster.

The freezing winds of Fimbulwinter have come to Midgard, making survival for Kratos, Atreus, and Mimir in the Norse wilds even more challenging than before.

Kratos, still bearing the knowledge of his past mistakes, wants to spare Atreus the bloody lessons he learned from his conflict with gods. He wants to keep his son safe, above all, and their confrontation with Baldur has vindicated the belief that only tragedy will come from further entanglements with the Aesir.

Together, Kratos and Atreus will have to make a choice about which path they will take. Whatever they choose will define the fate of all those living in the Nine Realms as Ragnarök approaches.

All nine realms of Norse mythology (including Svartalfheim, Asgard, and Vanaheim) will be fully explorable throughout the events of the game.

Which Norse gods will appear in God of War Ragnarok?

Several Norse gods round out the cast of Ragnarok, including favourites like Thor, Angrboda, and Odin – although their character depictions differ wildly from more modern interpretations seen in properties like the Marvel Cinematic Universe (MCU). Instead, their looks align more closely with real-life Norse mythology, particularly in Thor’s case. While pop culture fans will be more familiar with a blonde-haired, blue-eyed and svelte Thor, Ragnarok‘s interpretation of the character is extremely sturdy, with an impressive, muscle-bound build, and plaited red hair.

Angrboda is an exception to this rule. In the game, she’s depicted as a young, human-looking girl with locs, while in mythology, she’s a jotunn (giant) woman known as the mother of monsters. Her appearance in the game is also made more intriguing by the seeming appearance of Fenrir the giant wolf in a recent cinematic trailer for the game.

In Norse mythology, Angrboda is the mother of Fenrir, and his father is Loki. It’s likely Ragnarok will deal with the connection between these characters, although whether it sticks closely to their mythological roots is unclear.

Here’s every God and mythological being confirmed to appear in the game so far:

The developer is aiming to make this game extremely accessible, so that everyone who plays it can enjoy the story at their own pace, and in a way that services their individual needs.

Will Ragnarok be the last God of War game?

The name ‘Ragnarok’ has a certain level of finality to it, given it reflects the end of the world – but it doesn’t appear this game will be the end of the GOW story. In a PlayStation interview, developers described the game as the finale of the Norse era of the series – implying the story of Kratos may not end with gods and monsters.

While Santa Monica Studio has not clarified what the next era of the franchise will be, it’s unlikely that Kratos and Atreus will fade into obscurity, particularly given the revitalised popularity of the series.

Expect the story of God of War to continue in some form after Ragnarok.

Which God of War games should you play before Ragnarok?

While 2018’s God of War is technically a sequel to the PlayStation 3-era God of War games, it also acts as a fresh beginning for the franchise, with newcomers able to jump into the action without prior knowledge of Kratos or the Greek mythology he exists within.

Given Ragnarok is a direct sequel to this semi-standalone story, it’s all you’ll really need to play ahead of it.

While the classic games in the franchise are still worth playing if you enjoy the newer titles, they have aged a lot over the last few years, and can feel fairly of their time (in one infamous segment of God of War 3, Kratos ties up a woman and throws her between moving gears, crushing her to death – the segment is inconsequential, and largely played for laughs).

Stick with the modern version of the story, and you’ll find a more mature, complex, and emotional story.

God of War Ragnarok is set to launch on 9 November 2022 for PlayStation 4 and PlayStation 5.