The weirdest guest fighters that could come to MultiVersus

MultiVersus features some wild guest fighters – but the Warner Bros. catalogue is filled with even stranger choices.
Leah J. Williams 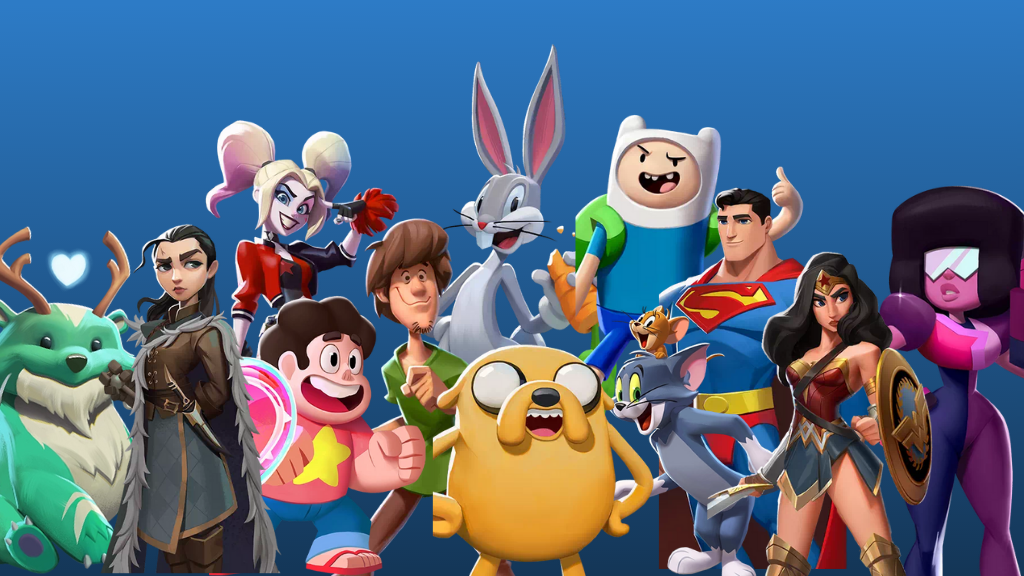 MultiVersus is a weird game – one that brings together the disparate corners of the Warner Bros. multiverse. So far, we’ve seen a range of fighters join the game’s roster, with Cartoon Network well represented alongside an array of characters from popular TV shows and films, like Game of Thrones and The Iron Giant. Ted Lasso is reportedly also on the way. But while MultiVersus is already weird, it has the potential to be even weirder given the history of Warner Bros. and the vast array of intellectual property the company owns.

If developer Player First Games really wants to make a splash, these are the weirdest Warner Bros. fighters that should be included in the game.

Lethal Weapon is an excellent franchise, one that’s stood the test of time. That’s partially to do with the strong bond and friendship of Martin Riggs and Roger Murtaugh, two cops with hearts of gold. With every film in this series – as well as the TV show – being distributed by Warner Bros. they have the potential to be included in MultiVersus.

If they make the cut, they should be included as one fighter with a comically large gun, taking turns to fire off shots in dramatic fashion. Is MultiVersus any place for the clinically-damaged Riggs and his long-suffering partner? Probably not. But including them would be spectacular.

There’s already one intrepid teen detective in MultiVersus – Velma – but it could do with another, and Veronica Mars is the perfect pick. Teaming up with Velma for special attacks, Mars could unleash weapon-clues on the battlefield, using quick wits and clever players to thwart her opponents.

She could also take ownership of her ‘marshmallow’ nickname to throw sweets and other goodies as projectiles. Seeing a tiny, cartoon Veronica Mars throw down on the battlefield is a joyful notion.

Did you know The Bachelor and its regional spin-offs are produced by Warner Bros.? You do now. The real question is what you’ll do with this knowledge – and whether you should use it to campaign for a Bachelor fighter to join MultiVersus.

He could throw roses for his attacks, or charm opponents with Princess Peach-style ‘attract’ attacks. Everybody loves Bachie, and he could use that to his advantage to take on the entire battlefield.

Warner Bros. also distributed the excellent HBO series The Leftovers, which follows a group of embattled people fighting to maintain normality in a post-rapture world. As troubled cop Kevin Garvey, MultiVersus players could make use of his death-defying abilities to survive attacks and weather any storm.

He could be armed with a gun, but it would be extremely weird and fun if MultiVersus were to lean into Garvey’s god-like powers that get teased heavily in the series. Would Garvey fit in with the other MultiVersus fighters? Not at all, and that’s what makes his potential inclusion grand.

He’s weird. He’s a weirdo. He should absolutely be in MultiVersus. As many will know from following Riverdale recaps or hearing whispers online, this show has gone from being a generic teen murder mystery to an absolutely wild magic-powered, Alan Wake-like cluster of wild ideas and even wilder delivery.

The next step for Riverdale is to enter a new universe: MultiVersus. Jughead could throw his beanie like a dagger, or use his magical pen to write stories that defeat enemies in a single blow. He could use his brooding to gain more power and health. It’s a match that just makes sense, and feels like a natural progression for the weird world of Riverdale.

The Kids From It (one fighter)

The kids in It took down an inter-dimensional clown-spider-monster on their own, so really we should fear and respect them. We should also put them in MultiVersus as a single, terrifying fighter with multiple abilities, smart quips, and plenty of presence.

Richie could throw out a smart remark, Bill could wield his bike, and the rest of the kids could act as support as you make a massive statement on the battlefield. With Pennywise already appearing in popular media like Space Jam, it feels like we’ll get at least one fighter from the It franchise in future – and any of the kids (or all of them together) feels like a great option.

Imagine crushing your opponents in MultiVersus with Free Willy, the killer whale.

Glorious. Put him in the game.

MultiVersus is currently in its open beta phase, with a full release planned at a later date. Expect more fighters to be announced in the coming months.