The Iron Giant annihilates opponents in Multiversus, feels no remorse

Multiversus is launching into open beta on 26 July, finally allowing the Iron Giant to indulge his innate desire for bloodlust.
Edmond Tran 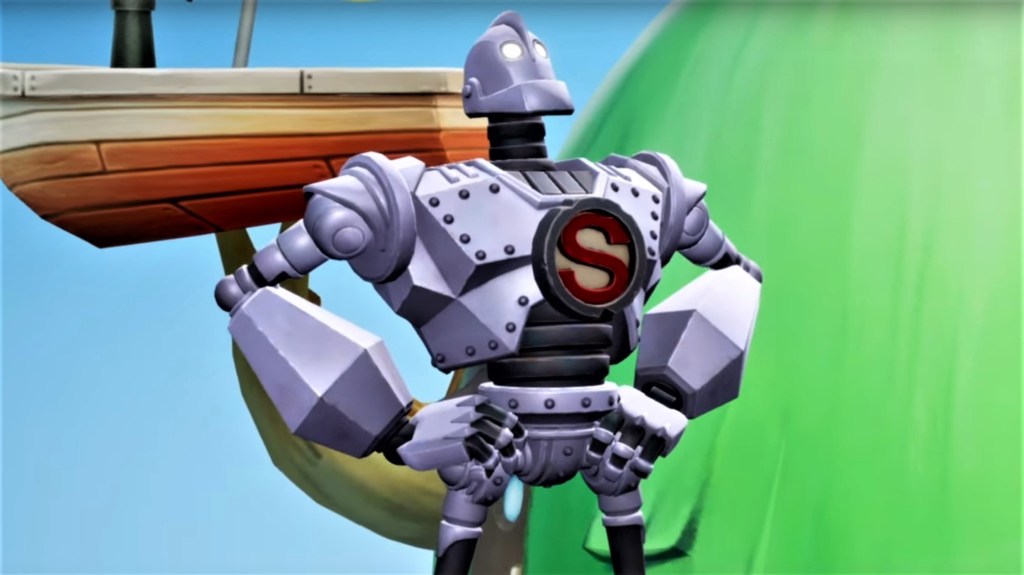 A new trailer for the free-to-play Warner Bros. platform fighting game Multiversus has been released, announcing the game’s open beta beginning on 26 July 2022, which will roll into the game’s full release. It also gives us our first glimpse of The Iron Giant, who will be a playable fighter in the game. You can briefly see it in action in the trailer below:

Though he’s not quite the towering machine he usually is, The Iron Giant still stands heads and shoulders above all the other fighters. Giant looks to be a slow, hulking fighter with powerful hits – we get glimpses of a lariat-style move, as well as a power-bomb designed to spike opponents into the bottom of the stage.

There is, of course, some amusement to be had in seeing The Iron Giant as a playable fighter in Multiversus. After all, the film it originates from deals revolves around The Iron Giant’s evolving humanity and its unwillingness to act as a weapon. That all goes out the window in the name of corporate synergy, of course. Giving the Iron Giant a hilarious poolside outfit and the ability to punch Batman is far more entertaining.

Regardless, we were quite taken with Multiversus during its Closed Beta, and the launch of the open beta on 26 July essentially serves as the soft launch of the game. All progress obtained will roll over once the game officially launches, according to the developer FAQ. Those who had access to the Closed Beta will be able to obtain even earlier access from 19 July.

Multiversus features a number of Warner Bros. characters, including Batman, Superman, Shaggy from Scooby-Doo, Arya Stark from Game of Thrones, and more. A recent roster leak suggested characters such as Ted Lasso from the Apple TV+ series, as well as basketballer LeBron James could also make an appearance in future.

Multiversus will be available on PC, PlayStation 4, PlayStation 5, Xbox One, and Xbox Series X/S. It will feature cross-play and cross-progression.