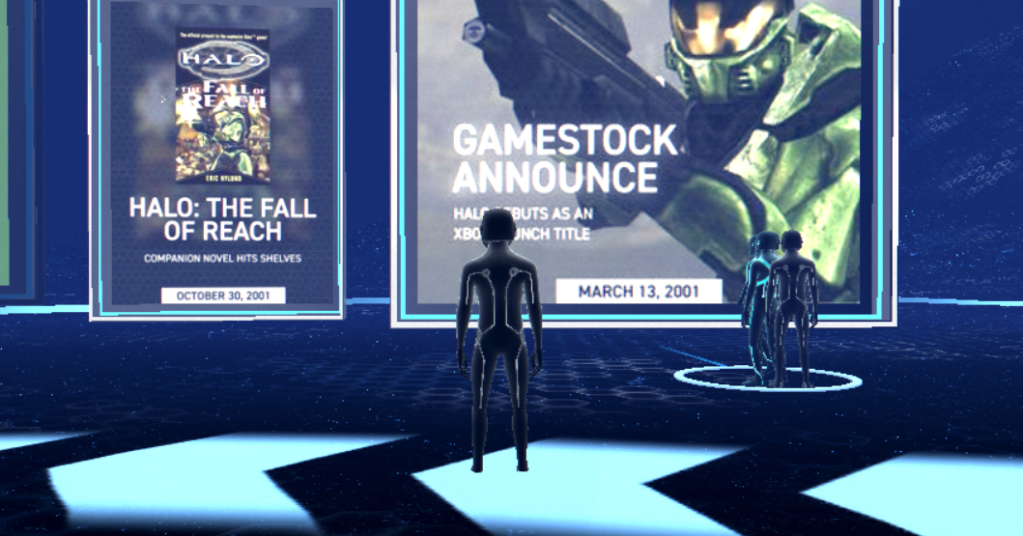 Xbox celebrated its 20th anniversary this year with a number of celebrations, including streams, announcements, and the launch of the virtual Xbox museum. This ‘mini-metaverse’ is a social website hub where players can embody an avatar and roam around a space that celebrates the history of Xbox.

Over the course of 132 exhibits, the museum spells out key events in the Xbox story and gives players an insight into how the console has developed over the last two decades. These digital exhibits even include a rather embarrassing letter detailing Microsoft’s attempt to acquire Nintendo in 2000.

There’s also a special hub dedicated to the Halo franchise, a console-by-console history breakdown, and a personal hub where players can see their own achievements and history with the Xbox console.

It’s a very engaging bit of spectacle, and one that makes a solid case for why museums should have a virtual component to better engage audiences.

The Xbox 20th Anniversary museum is a fun idea, and one that teaches history in a whole new way.

You can explore multiple virtual stages when you load in — including a neat Halo-themed world — but for a more personal experience, you’ll need to log in with your Xbox account.

Once you’re in, you’ll be able to explore a fully-personalised room showcasing your lifetime Xbox achievements via the ‘My Xbox Museum’ submenu.

In this room, you’ll find details of your Gamerscore, the number of titles you’ve played, your most played game, your rarest achievements, and your first played games on each console.

It’s a nifty space, and one that effectively shows off how involved your relationship with Xbox has been over the years. While newer players will find less interesting stats, those who’ve been gaming on Xbox for several years will find a nice, nostalgic trip through the ages.

There’s no word on how long the Xbox 20th Anniversary museum will be live for so if you’re interested, pop in before it’s gone.