Why Cricket video games are vital to Australia’s national identity

Big Ant Studios and Beam Software shared their perspective on the history of cricket games as part of the Born Digital Cultural Heritage Conference.
Chris Button 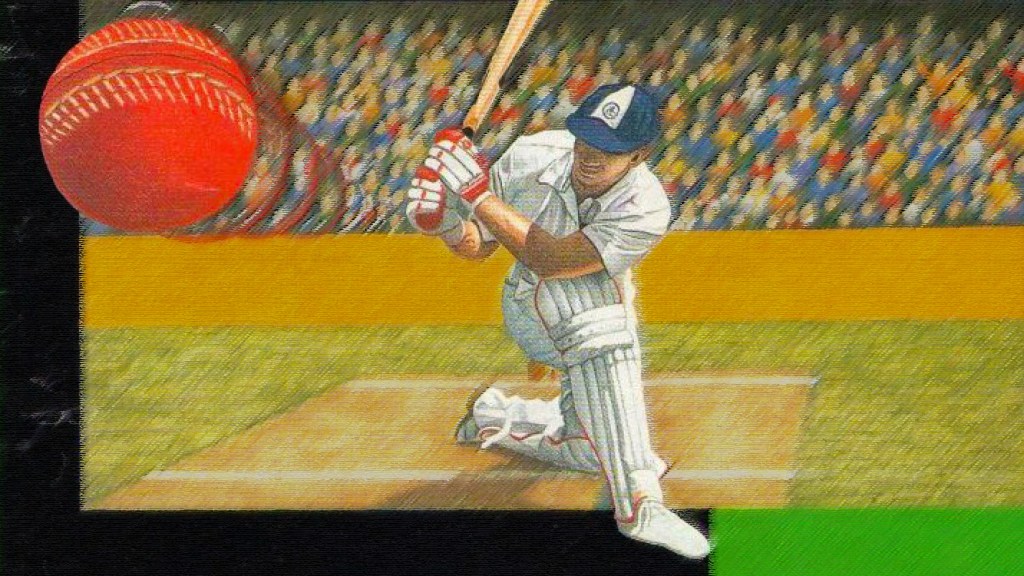 Cricket video games – and sports games in general – are an important part of the history of Australian games. Their importance continues to be felt today, with early entries developed throughout the 1990s such as International Cricket paving the way for future releases aimed at a sports-obsessed nation.

The significance of Australia’s rich history of developing cricket video games was recently examined as part of a wider discussion sparked by the Play It Again research and digital preservation project. One component of the project is the Born Digital Cultural Heritage Conference, which held a range of free online and in-person talks at ACMI revolving around topics of preservation, and the historical value of digital culture.

Cricket games over the years

The panel discussion looked at early titles like these – packed with far fewer pixels than current-day releases – to reinforce their historical importance, while also showing how far local game development has progressed.

They were by no means the first digital versions of sport, something Witkowski mentioned as belonging to the early iterations of table tennis on the Magnavox Odyssey, the first home video game console. However, Australia’s early cricket and football games were formative for future hardware generations.

Halprin discussed how the success of International Cricket led to multiple sequels, including Super International Cricket and Cricket 96. Along the way, CD-ROMs became a viable technology for distributing games on PC, which enabled developers to take advantage of hardware advances at the time.

Not only did this lead to better in-game animations and gameplay, it also allowed for the use of full-motion video, including footage of the late cricketing legend Richie Benaud, who appeared via in-game commentary sections.

Now, developers like Big Ant employ state-of-the-art motion capture technology to portray player likenesses in the most realistic way possible. Years after Beam Software shut down, Big Ant took over the mantle of creating games based on Australia’s most popular sports, with the most recent entry being last year’s Cricket 22.

A major discussion point from the panel was the commercial aspects of developing sports games. Symons pointed to factors such as constantly changing team rosters, new franchises, and new competitions, for why sports games remain commercially viable in a dynamic market.

The challenge for any Australian developer who takes on a sports-based project, though: trying to compete alongside the sports games giants of 2K Games and Electronic Arts (EA). Halprin – who worked on several EA-published cricket games – recognised the difficulties involved in trying to live up to the famous EA Sports prestige without the resources allocated to the overseas publisher’s beloved FIFA soccer franchise.

‘That’s where a lot of the challenge with Australian games initially started because it was like “oh, EA Sports cricket!” and so people had FIFA expectations of the quality of this product,’ Halprin explained. ‘Whereas we had nothing like the FIFA budget, so it was really about trying to make something as best as we could without lessening the overall EA Sports brand.’

After some years, EA abandoned cricket, which added further difficulty to the already labyrinthine task of securing the licences required to make a sports game people want to buy.

Before EA worked with Beam Software, the early International Cricket games referred to players by made-up names because they didn’t have the licence to use player likenesses. This was also a tactic employed by Big Ant for the mid-2010s Don Bradman Cricket game, which was able to secure the licence for one of Australia’s greatest players, but no one else.

To illustrate just how messy obtaining the rights for real-life teams and athletes is, look at the recent standoff between EA and the FIFA governing body. Roughly 300 separate licensing contracts are part of an annual FIFA game, encompassing players, teams, and leagues all across the world. Symons said Australian sports tend to be less complex, as the AFL and NRL competitions usually require a single contract for each to secure licensing. Anything to do with overseas or international licensing is far more involved, however.

‘I’m up to contract number 76 [for Big Ant’s upcoming rugby league game] and I think I’ll have another maybe 150 to go to make that rugby game,’ Symons revealed. ‘And I’m hoping I’ll have all of the teams in there – I may not, even with 200-and-something contracts.’

‘Contracts from shoes, to guernseys – everything.’

What does the future hold for Australian sports games?

Locally-made sports games will continue to be a cornerstone of Australian game development. One major reason for this is cultural; each game captures its respective sport at a moment in time, preserving it for future generations. Within each sport, teams, competitions and rules change regularly, so playing a game from a previous era acts as a time capsule of sorts.

Video games and associated activities, such as streaming, are also increasingly used for promoting different types of sport.

Symons believes the continued development of video games based on Australian sports is a vital part of connecting with newer audiences and remaining competitive against popular overseas markets.

‘It goes to somewhat the Indigenous nature of our sports and that they’re under threat,’ Symons said. ‘My kids could name the entire team of [Spanish La Liga soccer team] Real Madrid, but they would not be able to name all the teams in the AFL – it’s a problem for us.’

‘We’ve been able to take [local sports organisations] along on this journey, that we actually need to use as [sports video games] as a marketing tool. It’s not a revenue opportunity yet, it’s a marketing tool and making sure that you go to where your next customers are.’

‘What we saw with motorsports happen during the pandemic was – so Formula 1 goes down, NASCAR goes down, IndyCar does down, they’re all like “what do we do?’ – they, really on a dime, said “we’re going to do esports”,’ Witkowski said. ‘[They] hired folks in, tournaments straight away with their existing drivers.’

‘What we saw happen though was folks like Lando Norris… He went from his Twitch stream where he was sim racing, just for fun, he had like 15,000 followers at the beginning of 2020 – he starts generating his presence there – he’s at 1.2 million followers now. F1 is a part of his Twitch profile, but he’s just got such a profile on Twitch that he doesn’t need F1 anymore, F1 actually needs him on Twitch.’

As sports continue to embrace multimedia strategies to connect with and bring in new fans, it’s clear video games will continue to be an integral part of the Australian landscape for years to come.