The narrative adventure game Wayward Strand has announced a PlayStation collaboration, made possible in part by Film Victoria.
Edmond Tran 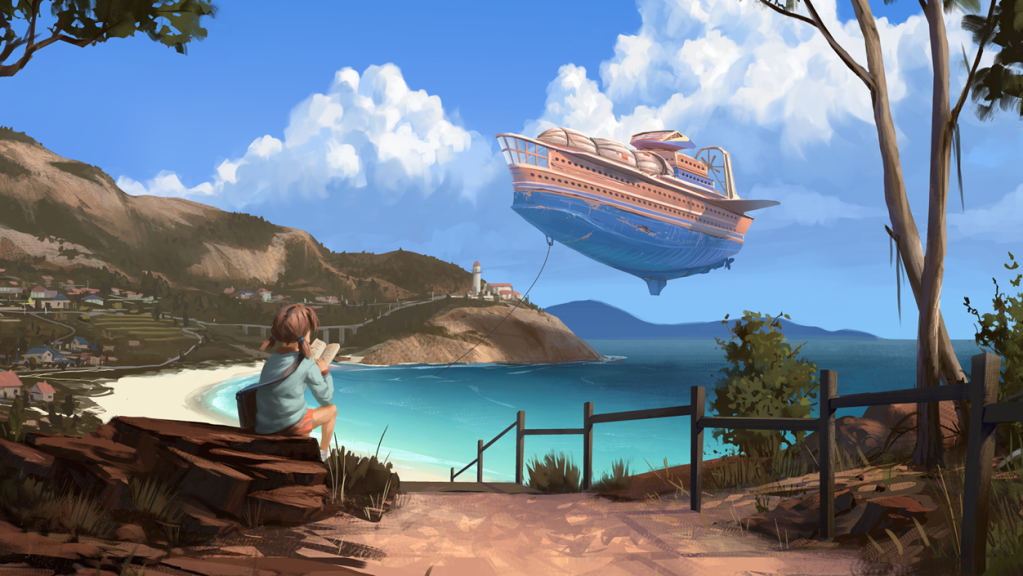 In heartening news for Australia’s independent game development scene, Wayward Strand, from Melbourne-based studio Ghost Pattern today announced that the game would be coming to PlayStation consoles–both the PS4 and PS5.

As part of the announcement, the narrative adventure game set on a retrofuturist airship in 1970s Australia was featured on PlayStation’s global blog alongside a new teaser trailer for the title. Ghost Pattern also announced that PlayStation would also be featuring Wayward Strand at games convention PAX East (the East Coast US counterpart to our own PAX Aus, and is currently underway in an online format).

This is big news for the small, self-publishing team of 20. Wayward Strand has been in development for a number of years and is currently in its final production cycle. It was previously awarded a coveted spot in the Indie Showcase at PAX Aus 2019.

Wayward Strand revolves around an airborne hospital, and playing as an aspiring teenage journalist you’ll meet and uncover the interwoven stories of the hospital’s staff and elderly patients. Character movements and plot events occur continuously and simultaneously, meaning the stories you follow and how you uncover narrative events are dictated by where you decide to explore. It draws inspiration from games such as The Last Express, as well as the interactive theatre experience Sleep No More. According to Ghost Pattern, the game is said to deal with themes such as Care and Neglect, Infirmity and Death, Friendship and Community.

In a statement, the team said they were ‘humbled and excited that [their] heartfelt and personal game is coming to PlayStation.’

‘We are pleased to have the team at PlayStation behind us, and championing diverse studios. We are proud to be another Australian game represented on the platform, and grateful to the wonderful industry at home for their support, too.’

Read: Wayward Strand — How to build an airship

Wayward Strand has been assisted throughout its development by funding from Film Victoria. According to the team, an opportunity like this PlayStation collaboration wouldn’t have been possible without the support of the state’s creative institution. Such grants have allowed members of the team to travel to the US to attend international conferences, like GDC in San Francisco, which helped to forge relationships and open doors.

Representatives from Sony were also said to have attended Melbourne International Games Week in past years, allowing them to see the work that was being done on the game first-hand. ‘They really love Wayward Strand,’ a Ghost Pattern representative said, ‘and we feel strongly supported by their team’.

A release date for Wayward Strand has yet to be announced.