Tiny Tina’s Wonderlands will have a hearty endgame mode 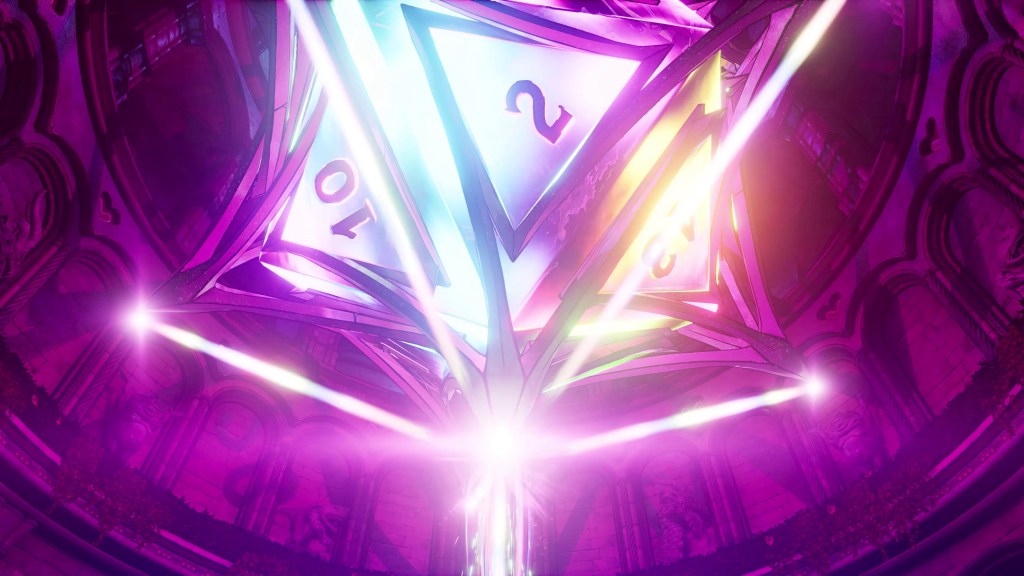 While Tiny Tina’s Wonderlands is set to be a narrative-heavy adventure game, it turns out the action won’t stop when you finish the game’s main plot. In a new update, the 2K and Gearbox teams have shed light on ‘Chaos Chamber‘, an endgame mode in Wonderlands that sends players into randomised dungeons to nab new loot, kill more enemies, and earn major rewards.

Each run in the Chaos Chamber will include three initial rooms, a mini-boss fight, then three more rooms, and a main boss fight. Along the way, players will be able to collect shiny Crystals by completing side objectives or smashing rainbow die, and then spend these Crystals on unique Blessings.

Some Blessings will grant increased damage or ammo, and others will aid melee attacks – but you may also encounter Curses in your run, and these can add temporary debuffs to your character.

Once you’re through the entire gamut, you’ll be able to able to claim mountains of loot and Moon Orbs – an in-game currency that can be used to strengthen your gear.

With up to four players able to enter the chamber at once, the mode will likely live up to the chaos it promises.

Each loop will be different, so you’ll be able to play through trials over and over, and never meet the same boss twice. According to a 2K blog, each run should take around 20-30 to complete, but your path to victory may not be straightforward. With only three lives total, you’ll lose all your loot if you’re not careful.

‘We have over 60 level layouts, which will mix and match throughout a dungeon run,’ Kent Rochefort, Lead Game Designer on Tiny Tina’s Wonderlands said of the mode.

‘On top of that, all the many types of enemies from the game can show up, with up to three different kinds of armies in one room. There are also explosive barrels and traps that populate based on the room. Some are smaller, some are bigger; our level designers went with what felt appropriate for each particular combat arena.’

It appears the mode will only be available after the conclusion of the main story campaign, with players encouraged to jump for some post-game fun with mates.