Something new in the Tekken series, potentially Tekken 8, has been teased by developer Bandai Namco at the Evo 2022 fighting game tournament.
Edmond Tran 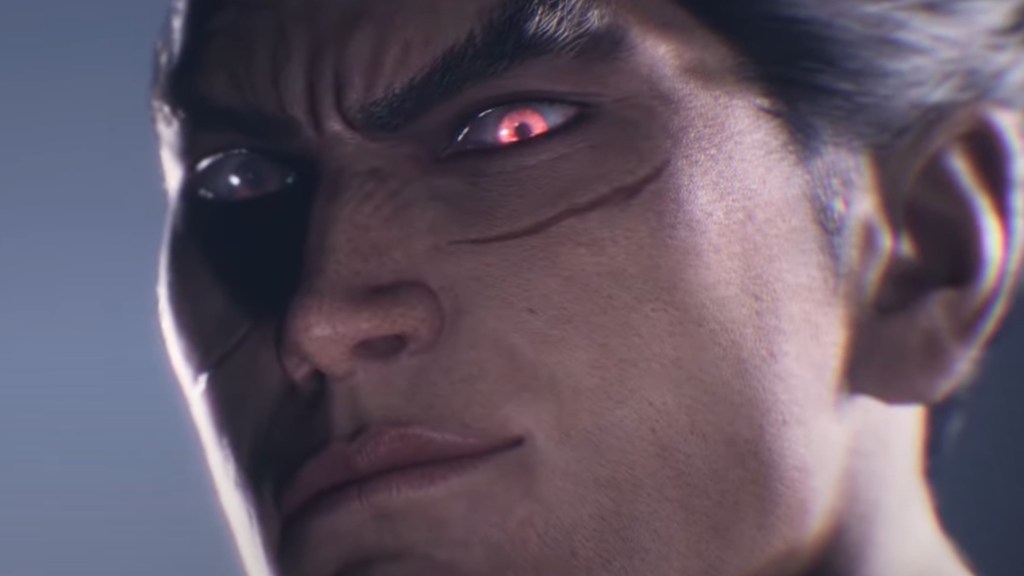 A new Tekken game – potentially Tekken 8 – could be on the way. As part of the 2022 Evolution Championship Series (Evo 2022) fighting game tournament, developer Bandai Namco revealed a new trailer to announce several things regarding the Tekken series.

These included a free update to Tekken 7 featuring balance adjustments including ‘new tactics’, which will be available on 17 August 2022, as well as the return of the Tekken World Tour tournament, with finals to take place in Amsterdam in 2023.

However, the most curious announcement came at the end of the trailer. It began with the series’ infamous cutscene of anti-hero Kazuya Mishima throwing his father and arch enemy, Heihachi Mishma, off a cliff, as seen in the ending of Tekken 1 (1994).

However, during the final closeup of Kazuya, the screen flashed to reveal a seemingly brand-new 3D rendering of the character, with the words: ‘GET READY’.

Obviously, this could mean anything. But a new entry to the Tekken series has long been anticipated, despite the prolonged success of Tekken 7. Released in 2015, the game is still widely played, even on the professional scene – Tekken 7 was the third-most popular game to see player registrations at Evo 2022, with over 1,200 competitors.

The arrival of Tekken 8 would be very welcome, as would seeing the cast duke it out with modern graphical technology. Tekken 7 was created with the Unreal Engine, and it makes sense that a new Tekken game would make use of the near-photorealistic capabilities of Unreal Engine 5.

We’ll likely hear more about whatever this announcement ends up being in the near future – perhaps at the Tekken World Tour events.

Elsewhere at Evo 2022, a brand new Fatal Fury / Garou game was announced by developer SNK – the first game in over 20 years for the series. A number of announcements were also made regarding new characters and rollback netcode being added to a number of existing fighting games.