Everything announced in the Splatoon 3 Nintendo Direct 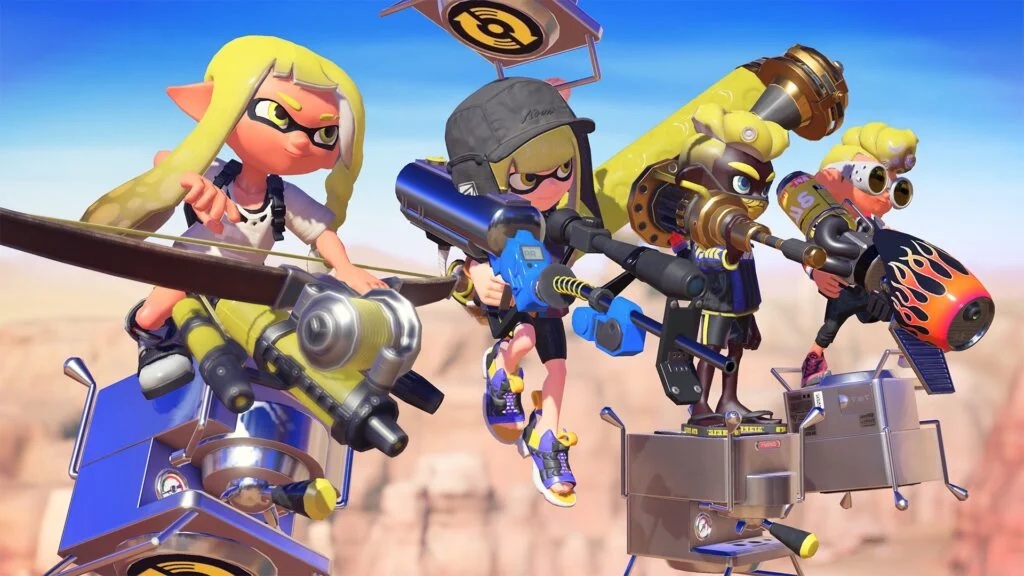 Splatoon 3 is set to be the next blockbuster release for Nintendo in a year that’s been fairly sparse for video games. With the weight of anticipation on the upcoming shooter-adventure, it certainly has big shoes to fill – but if the latest Nintendo Direct is anything to go by, it looks like it’s more than up to the task. A range of surprises were revealed as part of the game’s recent showcase, including new weapons, modes, maps, characters, and even a special card-based mini-game.

Here’s everything revealed during the Splatoon 3 Nintendo Direct:

Players will have a range of new abilities to deploy in Splatoon 3, including better wall climbing with Squid Surge, and fast swimming allowed with Squid Roll. They’ll also have access to a number of flashy new weapons and abilities, including:

The Splatoon 3 Nintendo Direct also confirmed that existing tools like Tenta Missiles, Booyah Bombs and Ink Jets will return in this game.

You’ll be able to purchase select weapons in the game by spending Sheldon Licenses, which are earned in regular gameplay. Clothing and accessories are also purchasable from in-game stores, as in past games.

Splatoon 3 will have new and returning stages

A number of stages were confirmed for the game in the latest Nintendo Direct. They’ll all feature in different areas of the game map (The Splatlands and Greater Inkopolis) and will be connected by the ‘Hammerhead Bridge’.

The new and returning stages include:

There’ll be 12 total stages included with the game, and more coming in post-release updates.

In the latest Nintendo Direct, Anarchy Battles were confirmed for Splatoon 3. These are special ranked battles that require players to complete certain objectives, five times in a row. If they fail to win three battles in the set, they’ll lose.

In addition, Turf War, Clam Blitz, Tower Control and Splat Zone modes were confirmed to be returning in Splatoon 3.

This game will also introduce a number of new-to-the-series features, including ‘ghosts’ of your friends which will appear as holograms in the main overworld. If your friends are ghosts, you can call them to join the battle, or just hang out in peace.

When you’re not fighting, you’ll also be about to chill and decorate your very own locker with your favourite in-game items.

Splatoon 3 is getting a card game called Tableturf Battle

There seems to be a greater focus on downtime in Splatoon 3, and to that end, Nintendo is introducing a new way to spend time away from the action: Tableturf Battle. This card-based mini-game is a 1v1 battler that works a bit like a board-game version of Tetris. Players will collect 150 cards in traditional Splatoon battles, and can then use their cards in domination-based fights.

Alongside information about weapons, mini-games and stages, we also got an update on the game’s major Salmon Run mode. Every few months, this mode will play host to a ‘Big Run’ where Salmonid enemies invade the main city of Splatoon, making for more frantic action.

During Big Run and regular Salmon Runs, you’ll be facing off with a number of new bosses including Slammin’ Lid, a ground-pounder, Big Shot, a shockwave maker, and Cohozuna, a towering beast.

The official Splatoon 3 amiibo were revealed during the latest Nintendo Direct.

Each can be scanned to grab special gear, take in-game photos, and to save custom loadouts. They’re being released later in holiday 2022, although an exact date was not provided.

The latest hosts for the iconic Splatoon 3 splatfests – the lighthearted, limited-time community polls – have been revealed: Frye, Shiver and the lovable manta ray, Big Man. They host the new Anarchy Splatcast radio station, and will also corral Squidlings for regular Splatfest battles.

The first Splatfest will take place on 27 August 2022, and will be available for everyone. The teams will be Rock, Paper and Scissors, with players able to pick their favourite option.

Splatoon 3 will be getting ‘large-scale paid DLC’

To conclude the latest Nintendo Direct, it was confirmed that Splatoon 3 will be getting major paid DLC content – although this will be a surprise when it launches. It may be story-orientated as in past games, or it could take the form of new modes, items or weapons.

We’ll have to wait to see what’s in store.

You can catch up with the Splatoon 3 Nintendo Direct here.