Skate Story is a fantastical game with grounded skateboarding mechanics, where you play a demon grinding its way through hell.
Edmond Tran 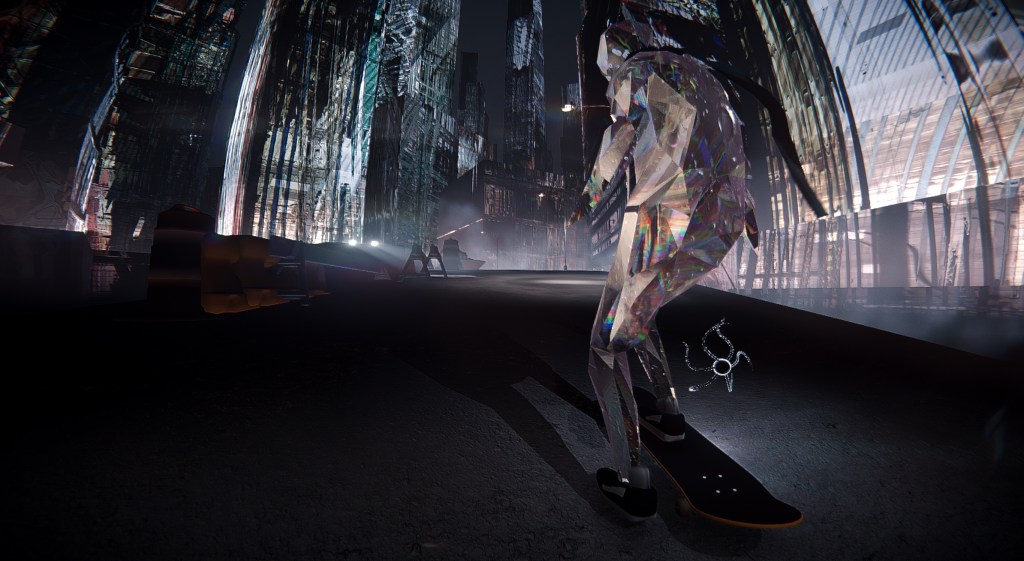 Skate Story is a solo project by developer Sam Eng, and has been kicking around for a couple of years. The game appeared today during the Devolver Digital Direct, as part of the 2022 Summer Game Fest – and it looks even cooler than ever in a new trailer.

The game, which will now be published by Devolver, takes the grounded, shaky-cam style of skateboarding games made popular by titles like EA’s Skate, and transposes it to a fantasy setting.

As Devolver describes it: ‘You are a demon in the Underworld, made out of glass and pain. The Devil has given you a skateboard with a simple deal: Skate to the Moon and swallow it – and you shall be freed.’

Naturally, you’ll perform skateboarding tricks and grind rails, which will apparently help you destroy demons in your path. Despite the high-fantasy setting, the physical movement and controls of the skating seemingly remain familiar.

The game has an incredibly beautiful look to it, and will have a dreamy indie pop soundtrack created by the band, Blood Cultures.

Skate Story will be released sometime in 2023, and you can wishlist it on Steam now.