See the Halo theme performed with an Indigenous twist 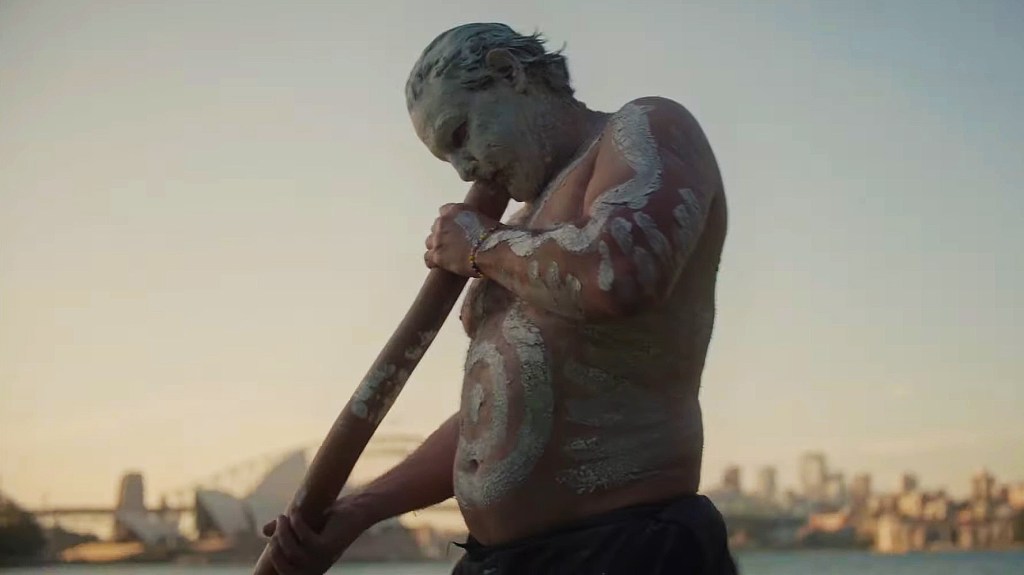 As part of Xbox’s 20th Anniversary celebrations, the company announced the immediate release of Halo: Infinite‘s multiplayer mode, a hefty update to the Xbox’s backward compatibility list, a first look at the upcoming Halo TV series, and an appearance by Dwayne ‘The Rock’ Johnson, for some reason. There was also a segment devoted to a look back at the Halo franchise that featured a distinctly Australian flavour.

As Bonnie Ross, head of current Halo developer 343 Industries reflected back on the history of Halo and its impact on video game culture, she introduced a performance of the Halo theme, performed by the Sydney Youth Orchestra and Paul Glass.

Glass, who is of the Kamilaroi People hailing from northern New South Wales, punctuates the orchestra’s arrangement on the Yikadi (Didgeridoo) as they perform in the Royal Botanical Gardens at dusk.

Sydney’s iconic landmarks, including the Harbour Bridge and the Sydney Opera House, provide the visual backdrop.

It’s a stirring rendition of theme millions of fans likely know, with a neat Indigenous twist, which is always good to see in something that is being painted as iconically Australian. Additionally, the beginning of the segment features an acknowledgement of country, having been filmed in Sydney on the land of the Gadigal people.

Read: Everything announced at the Xbox Anniversary Event

Broadcast as part of the global Xbox Anniversary celebrations, which was viewed live by hundreds of thousands of people across the globe, it’s heartening to see parts of Australia’s Indigenous identity highlighted so openly, and associated with something as popular as Halo.

Kudos to Paul Glass and the Sydney Youth Orchestra for putting on a great performance.