Get ready to Tombstone your pals, as The Undertaker and Becky Lynch join Rainbow Six Siege.
Leah J. Williams 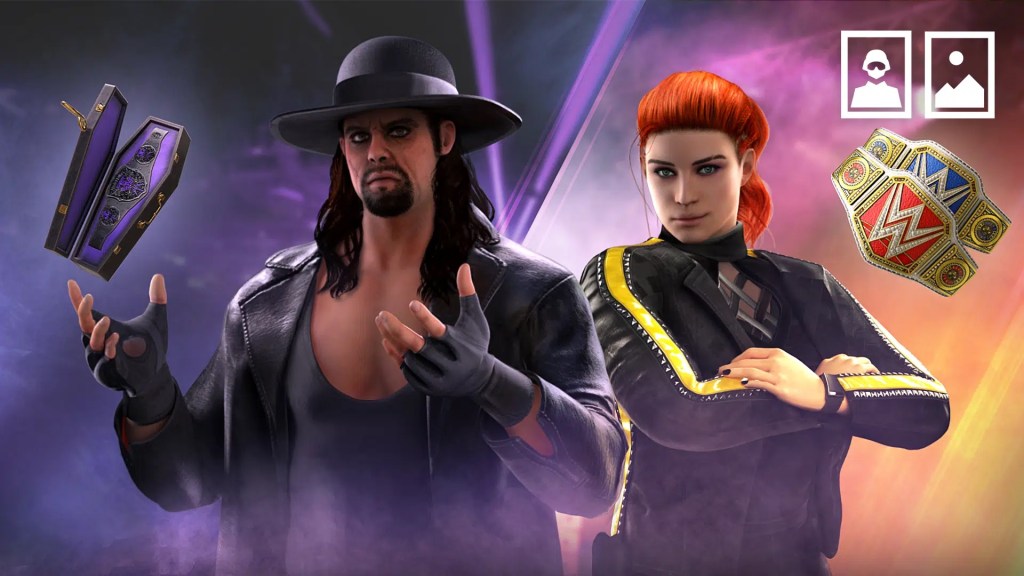 Rainbow Six Siege is getting two brand new character bundles, as part of a major crossover with WWE. From today, players will be able to purchase operator skins for Blackbeard and Thorn, representing wrestlers The Undertaker and Becky Lynch.

The Deadman Bundle will include the Undertaker uniform, headgear, operator portrait, WWE championship charm, The Tombstone weapon skin for the MK17 CQB, and a Moonlight Brawl background to jazz up your profile.

Thorn’s Becky Lynch Bundle will include a Becky Lynch outfit designed after her 2018-2020 ‘The Man’ phase, a WWE championship charm, a Dis-Arm-Her weapon skin for the UZK50GI, and an ‘I Am The Man’ background.

You can check out the new skins in action below:

While the crossover may seem wild, it isn’t the first time WWE wrestlers have appeared as crossover characters in video games. Tag team The New Day (Xavier Woods, Kofi Kingston, Big E) appeared in Gears 5, and Woods was also included as a skin in Fall Guys alongside Asuka and The Undertaker.

John Cena, Seth Rollins, The Undertaker, Becky Lynch, The Rock, and Kofi Kingston all recently appeared in SNK mobile game, The King of Fighters All-Star. John Cena is also a featured skin in Fortnite, as of mid-2022.

It seems that video games just can’t get enough of the WWE lately, with Rainbow Six Siege the latest major title to make the stars of wrestling feel welcome. While the Becky Lynch and Undertaker packs were spoiled several months ago, thanks to some wily leakers, it’s great to see this crossover finally come to fruition.