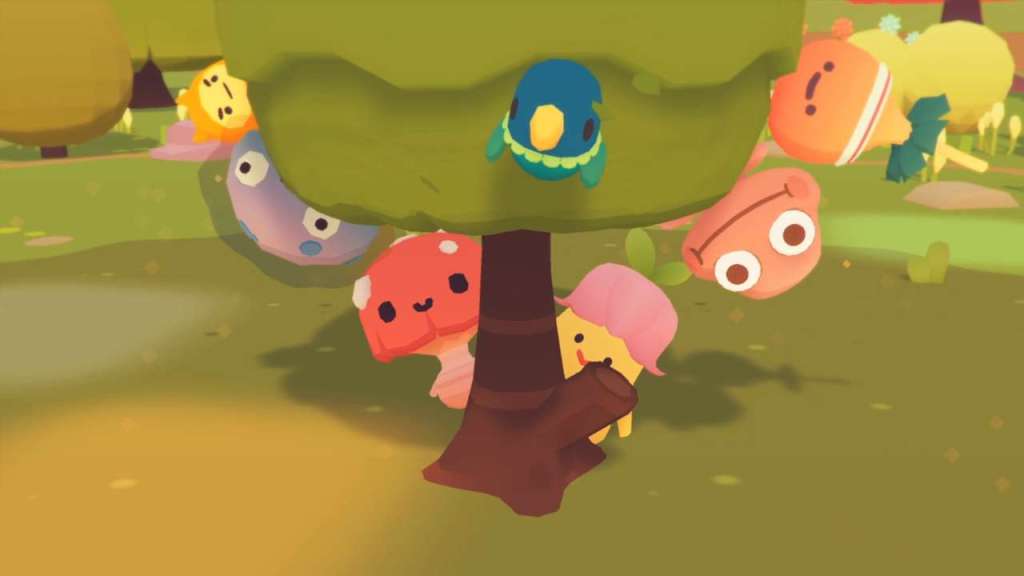 In Ooblets, you play as a young adventurer who sets up in an island town, and quickly discovers it’s populated by all manner of strange, gooey, blobby creatures known as ‘Ooblets’. As you meet folks in your journey and learn more about these beings, you’ll soon be able rope in your own horde of little pals and pit them against other Ooblets in card-based dancing battles.

As you’d expect, the entire thing is absolutely adorable.

Ooblets rocks a pastel art style that’s all soft, round shapes and cool colours, with every explorable locale being created with a real sense of whimsy. There’s lovely fields filled with colourful flowers to find, an aqua seaside littered with shells, and forests with gorgeous, bonsai-like trees. Around every corner in this game, you’ll find something cute – making it the perfect escape from the real world.

While the game was fairly bare in early access, several years of content updates have boosted its appeal, adding in new collectibles and gameplay mechanics, more places to explore, and more little Ooblets to befriend.

Its launch on Nintendo Switch has been well-earned. Those jumping into the game for the first time will find it absolutely packed with activities and story beats to play through, with plenty of options for spending time.

It’s the perfect game to play while wrapped up in a blanket on the couch, and the Nintendo Switch launch ensures you can do just that.

You’ll be able to cosy up with Ooblets on Nintendo Switch from 1 September 2022. Those who already own the game on PC will be able to enjoy its official exit from early access on the same date.