A new clip from The Super Mario Bros. Movie was shown at The Game Awards 2022, introduced by Toad actor Keegan-Michael Key.
Edmond Tran 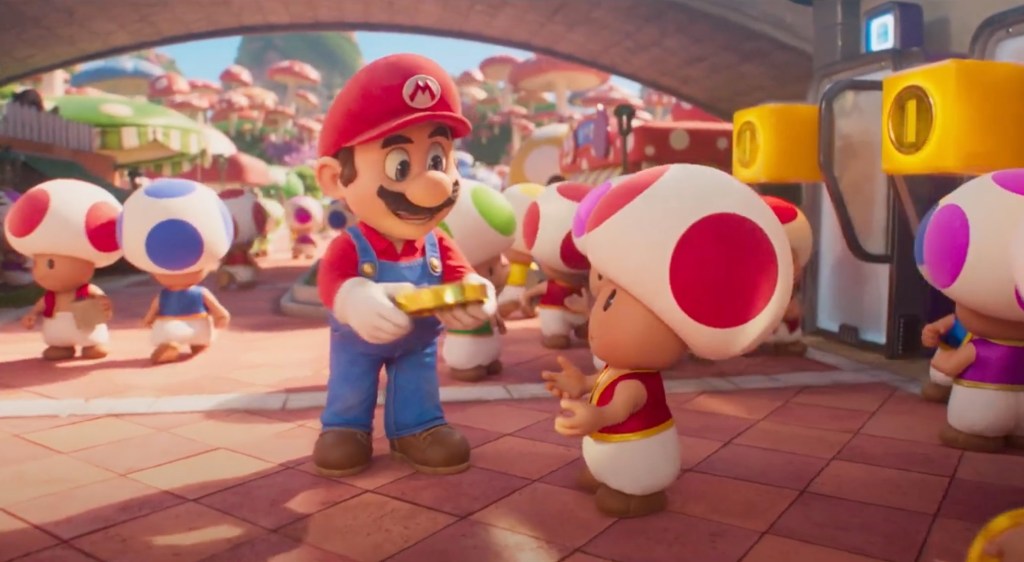 A short snippet of new footage from The Super Mario Bros. Movie debuted during The Game Awards 2022. Actor Keegan-Michael Key, who portrays the mushroom attendant Toad in the film, introduced the clip.

The brief footage shows Mario (Chris Pratt) being escorted by Toad (Keegan-Michael Key) through the Mushroom Kingdom’s transit system – made up of pipes, of course – with a brief look at the everyday life of the various denizens. A quick look at an antique store also provides a few Easter Eggs for keen-eyed Mario fans.

Later in the show, a new TV spot for the Mario movie was also shown, with a few new scenes.

While The Super Mario Bros. Movie was shrouded in secrecy for many years, the marketing cycle of the film has well and truly begun ahead of its release in early 2023. The casting of Chris Pratt as Mario raised the curiosity of many, considering that Mario as a character has typically not had a speaking role in the vast majority of his video game appearances, though the actor responsible for his expressions, Charles Martinet, is well-known.

Response to the Pratt’s now-revealed performance has been mixed – with many puzzled at the fact that he just sounds like Chris Pratt – but audiences have been more responsive to Anya Taylor-Joy’s performance as a stronger, more capable Princess Peach. Other casting choices for the Mario movie include Jack Black as antagonist Bowser, and Seth Rogan as Donkey Kong.

The Super Mario Bros. Movie is slated for release 30 March 2022 in Australia, New Zealand, and most parts of Europe, and 7 April 2023 in North America.