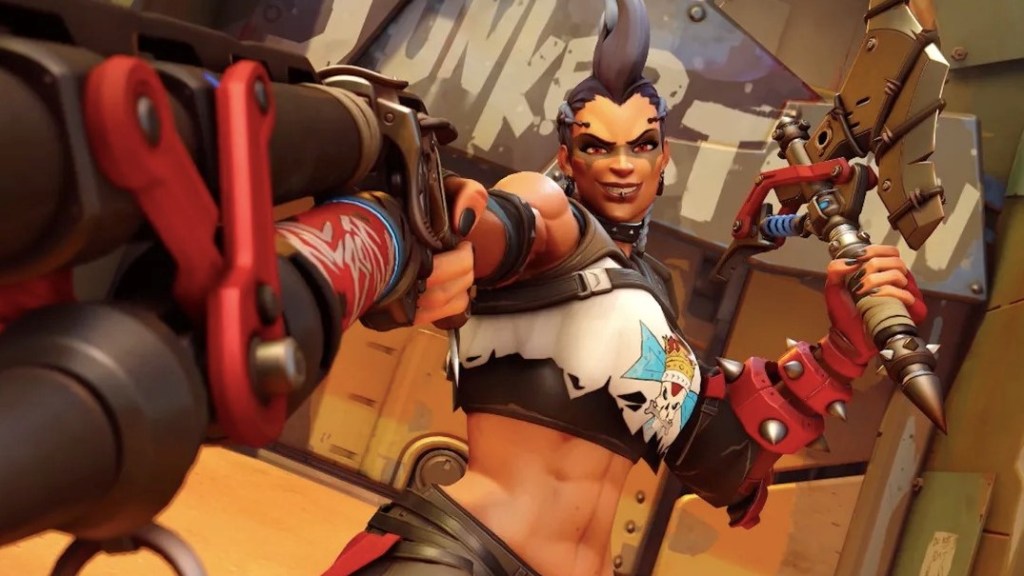 At the 2022 Xbox and Bethesda showcase, competitive hero-shooter Overwatch 2 revealed its newest character, an Australian character called Junker Queen, who has previously appeared in the origin stories of other characters.

In the Overwatch universe, Junker Queen leads Junkertown, a community located in the future Australian outback, and a former home to other Australian Overwatch characters like Junkrat and Roadhog.

Junker Queen will be a Tank class character, and wields both a large axe and a shotgun, with her abilities revolving around multiple axes.

Blizzard also revealed the release date for Overwatch 2 at the Xbox showcase – it’ll be available in early access on 4 October 2022, and will be free-to-play.

The game is slated for PC and Xbox consoles, as well as PlayStation consoles and Nintendo Switch. The game will feature a single-player campaign, as well as a multiplayer mode that has received a number of tweaks from the original game.