Everything major announced at Nacon Connect 2022

Nacon Connect 2022 spotlighted a number of upcoming video games, including The Lord of the Rings: Gollum and RoboCop: Rogue City.
Leah J. Williams 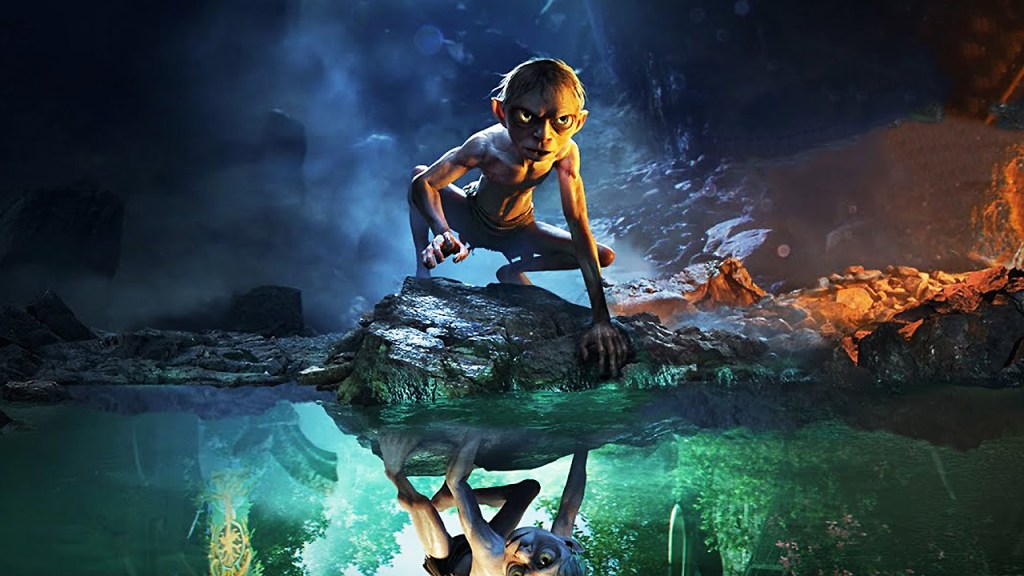 Nacon Connect 2022 contained a number of fresh looks at upcoming games, including some major surprises – like the reveal of a mystery Terminator adaptation that appears to take place around Judgment Day, and the return of actor Peter Weller as RoboCop. The online showcase also played host to the reveal of a new multiplayer Robin Hood game, and gameplay trailers for titles like Steelrising, Ad Infinitum and Chef Life: A Restaurant Simulator.

Here’s a rundown of everything major revealed during Nacon Connect 2022.

RoboCop is back in all his shiny glory

The meat of the Nacon Connect 2022 showcase kicked off with a gameplay reveal for RoboCop: Rogue City, a game that appears to be a direct continuation of the original Peter Weller-starring films. The trailer shows off a grimy city given to crime and ruled by punks, as well as first-person shooter action, and RoboCop tearing up the bad guys.

The game won’t shy away from the film franchise’s gore – there’s plenty of head-crushing in the trailer – and it looks like it’ll also explore the issue of RoboCop’s sentience and how it deals with difficult choices.

Steelrising gets a gorgeous gameplay trailer and developer chat

Steelrising, the Victorian-era steampunk adventure starring a deadly ballerina protagonist got a good chance to show off during Nacon Connect 2022. Developers spoke about work on the title and how they’ve brought the game world to life, and discussed the alternate history they’re exploring.

A gameplay trailer also showed off deadly battles with Titan enemies, and how Aegis will use flashy movements to defeat these mechanical beasts.

The game arrives for PlayStation 5, Xbox Series X/S and Windows PC via Steam, the Epic Games Store and GOG on 8 September 2022.

Ad Infinitum was up next. This spooky horror adventure kicked off with a first-person shot of a gnarly severed arm, and a person caught in barbed wire – which should give you an indication of the tone the game is going for. It appears the action will take place in war-time trenches, although with gnarly demons hunting down the player, let’s just say it won’t quite be historically accurate.

Later gameplay footage showed off a haunted house (with a cute stained glass cat window) and laboured breathing, which could indicate the adventure will be a more surreal war-time tale.

Ad Infinitum launches on 20 April 2023 for consoles and PC.

Crown Wars: The Black Prince is a fresh strategy battler

Crown Wars: The Black Prince got a snazzy reveal trailer during the online showcase. This medieval turn-based strategy game is set in times of plague, which may be too raw for some players – but it looks to be stylish and spooky enough to carve out a unique space in the genre.

The game will launch for PlayStation 5, Xbox Series X/S, Windows PC and Nintendo Switch in 2023.

A ‘Blood Bowl for Dummies’ trailer has given a silly new look at the upcoming Blood Bowl 3, a game that adapts gridiron into a wild and over-the-top sport starring bloodthirsty Goblins. This trailer gave a good look at how fighting works in the game, and how goals can be scored.

Chef Life: A Restaurant Simulator will let you cook up a storm

Chef Life: A Restaurant Simulator was next up in the Nacon Connect 2022 showcase. This game is a management simulator where players will decorate restaurants, invite customers, and prepare for nightly food service by gathering ingredients and cooking them. Employees in the restaurant will be able to prepare dishes for you so that everything runs smoothly once customers arrive.

This looks like a neat spin on the cooking game formula, and contains a number of mechanics that are rarely seen in the genre.

Chef Life: A Restaurant Simulator arrives on PlayStation 4, PlayStation 5, Xbox One, Xbox Series X/S, Windows PC via Steam and the Epic Games Store, and Nintendo Switch, and has no firm release date.

The Lord of the Rings: Gollum finally got a gameplay trailer

At Nacon Connect 2022, upcoming stealth adventure The Lord of the Rings: Gollum got a major gameplay trailer, revealing exactly how the game’s sneaking ‘stinker’ will travel the many dangers of Mordor to escape unscathed.

It also revealed that fan-favourite characters will appear, with Gandalf getting a brief look-in during the opening stages of the trailer, and the Ringwraiths appearing at the close.

Robin Hood is being adapted into a multiplayer adventure

Gangs of Sherwood, a modern Robin Hood adaptation, was up next. This game appears to be a multiplayer adventure where players will roam Sherwood in search of rich people to steal from.

‘Combine the different heroes’ combat styles to foil the tyrant’s plans and fight performance-enhanced soldiers, formidable war machines and terrifying bosses that you meet as you advance,’ the game’s trailer description reads.

We’ll likely learn more about the game when it launches for PlayStation 5, Xbox Series X/S, and Windows PC via Steam and the Epic Games Store in future.

The next trailer kicked off with a zombie ironing a nice shirt. This is ParadiZe Project, a new top-down adventure game that features players running from various zombies, or controlling them with odd helmets.

One of the enemies in this game appears to be a blood-spewing elephant, which will likely clue you into the wild antics this game has in store.

The next trailer was for the third-person adventure game Clash: Artifacts of Chaos, which appears to be a post-apocalyptic story starring a mutant protagonist. The game appears to feature plenty of brawling with giant fists, and a range of odd-looking enemies. It looks very intriguing, with a unique aesthetic and combat mechanics.

It arrives on 9 February 2023 for PlayStation 4, PlayStation 5, Xbox One, Xbox Series X/S, and Windows PC via Steam and the Epic Games Store.

Next up, Hell Is Us, a surreal adventure game that features a protagonist wielding a giant sword, got a brief developer update discussing the inspirations behind the game.

Then, Session: Skate Sim was dated for full release on 22 September 2022.

Ravenswatch is a storybook roguelike

Next, we got a reveal trailer for Ravenswatch, a storybook-like game that’s inspired by classic fairytales like The Pied Piper, Beowulf, and the Snow Queen. The game is a top-down real-time combat adventure where players will embody these characters and attempt to survive wild realms – a bit like Hades, really.

In the management simulator War Hospital, you’ll be running a field hospital and attempting to save the lives of soldiers. It appears the game will include intense choices to make, with each decision causing a knock-on effect for morale and the health of your patients.

The game will launch for PlayStation 5, Xbox Series X/S and Windows PC via Steam, GOG and the Epic Games Store in 2023.

WRC Generations put in an appearance after this, with a new trailer showing off hybrid vehicles and how they’ll speed through the game’s many race tracks. As with other racing games, the action here looks very slick, and includes a number of gorgeous, sweeping landscapes to travel through.

The game launches for PlayStation 4, PlayStation 5, Xbox One, Xbox Series X/S and Windows PC via Steam and the Epic Games Store on 13 October 2022.

Directly following WRC Generations was Test Drive Unlimited Solar Crown, a game described as a ‘racing and lifestyle’ simulator. According to the developers, this game is about ‘experiencing a car’ as you travel through Hong Kong Island. Brief snippets of gameplay showed off cinematic street races, and a drive across a beach.

It appears competition will be an important part of gemaply, with players able to take part in unique races. There’ll also be particular ‘clans’ players can join.

A mysterious Terminator video game is on the way

Nacon Connect 2022 concluded with the surprise reveal of a new Terminator video game.

This game will feature classic Terminators – and that’s all we know. The teaser from Nacon Studio Milan was very brief, and left plenty of room for questions.

Stay tuned on this game – and for every title revealed during the showcase. You can now watch the entire Nacon presentation for yourself here.