Reviews for Marvel’s Midnight Suns are out, with many praising the title for its rewarding relationship building and tactical combat.
Emily Shiel 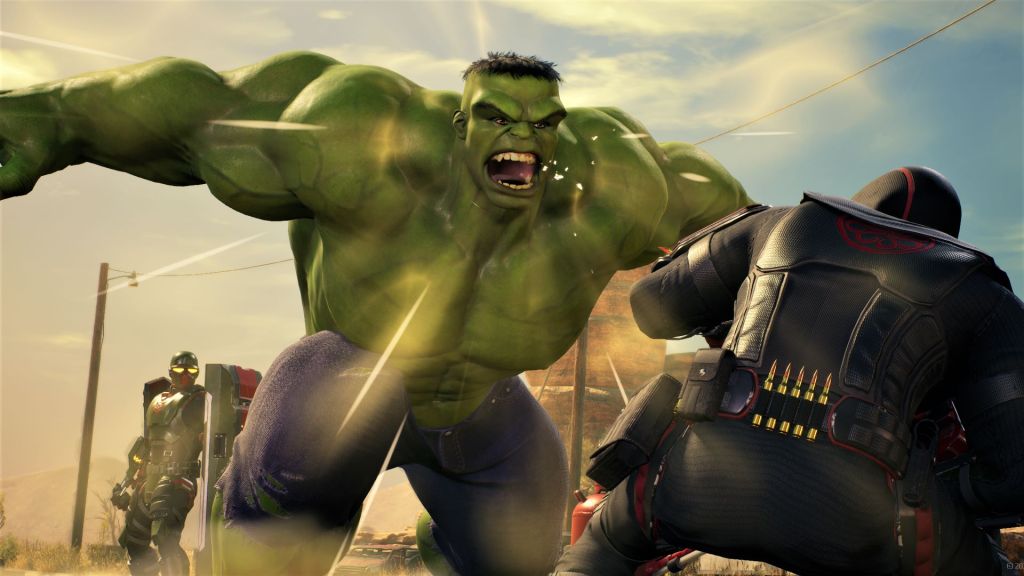 Marvel’s Midnight Suns has launched to a mainly positive critical reception, garnering praise for its combination of turn-based tactical combat, genre mash-ups and character dialogue that make for a great superhero experience.

The game is split into two distinct parts – presenting a pairing of strategic deck-building gameplay and tactical combat, with a relationship-building simulation centred on a well rounded cast of characters within the Marvel universe, and reviews have been split on which of these elements is the title’s largest strength.

The GamesHub review of Midnight Suns emphasised the rewarding nature of relationship-building, mentioning how ‘combat feels supremely personal and impactful’ as a result of player efforts to bond with each member of the party. Reviewer Leah Williams stated:

‘Midnight Suns asks you to form tangible friendships on your adventure, each of which will inform your personal experience of the game. Pick the wrong finicky dialogue option, and you could put Magik, the prickliest member of the group, offside. Her attacks will be less enthusiastic in combat, and your team will suffer as a result. But if you take the time to understand her rough demeanour, and why she balks at friendly dialogue, you’ll eventually crack her shell of defence, and help her open up on the battlefield, and in your group hangouts.’

She described the title as, ‘a game of two disparate halves, but they work together to become something truly great. Each system feeds into the other – with the relationship-building aspect contributing directly to combat wins, finding new cards, unlocking character potential, and developing team combos on the battlefield.’

VGC felt the game ‘spoiled’ them with choice when it came to deciding whether to exhaust dialogue options or head back onto the battlefield, and commended Midnight Suns on its narrative strengths stating:

‘It’s impossible to say enough good things about the game’s writing. Firaxis, a studio famed for being the master of “one more turn” gameplay, has managed to include dialogue engaging enough that we found ourselves searching out “one more dialogue tree” before heading back out to battle. The grand, overarching story isn’t the strongest, but it’s dwarfed by the number of brilliant smaller, character-driven stories that are all over The Abbey waiting to be found.’

Some reviews weren’t as appreciative of the heavy amount of character and cheesy dialogue, with Game Rant mentioning references and jokes felt ‘dated’ and the main plot was ‘repetitive’ at times. However, praise was given towards the title’s gameplay, saying:

‘Undoubtedly, the best parts of Midnight Suns come from its combat system and team-building mechanics.’

‘Part of what made Friraxis’ [sic] XCOM games so successful – and in some cases infamous – was the challenging and carefully crafted strategy mechanics that made players really consider what their next move would be. Midnight Suns carries XCOM’s torch but in a whole new way.’

‘The possibilities for team synergy in Midnight Suns are vast and deep, and there are plenty of beneficial combinations to discover with all twelve heroes. Finding the right group of heroes that work well together is part of the puzzle that is Midnight Suns’ combat system. When everything comes together on the battlefield, it makes digging deep into these characters and their abilities worth it.’

Echoing this sentiment, The Guardian said:

‘It’s the clever combination of attacks, bluffs [sic] and defensive moves that make each battle so compelling. Working out just how and when to use skill cards takes several fights, but when you get it right and the cards fall into place, the thrill of completely destroying a whole squad of soldiers by summoning a burning muscle car and then driving it over them is exquisite.’

Whilst Midnight Suns was praised in Press Start’s review for it’s squad-based strategic combat, they weren’t impressed with Firaxis’ overall execution of the title, claiming:

‘This game’s strongest features are totally eclipsed by plenty of jank, a lot of cringy and uninteresting hangouts at home base, and presentation that doesn’t feel even remotely current.’

‘I think it’s the attempt to do so much that sees Midnight Suns come up short in telling a focused, engaging story front-to-back. The relationships between the game’s several characters tie it all together, but there’s no belief behind any of them. The game might be crammed full of wall-to-wall heroes and villains and yet a meaningful arc never really emerges.’

As this is the first RPG developed by Firaxis, XCOM comparisons were ever present in many reviews, with Polygon highlighting its point of difference in deck-building mechanics were the ‘lifeblood’ of Midnight Suns, saying:

‘Midnight Suns is not XCOM — but that’s ultimately its greatest strength. It’s something completely distinct and entirely exceptional.’

‘The card system felt competent yet measured. It performed smoothly, but the limitations of entirely flat environments with only minor emphasis on positioning left me wanting more. I was skeptical that a card battle framework could combine with Firaxis turn-based battlefields. My opinion drastically changed as the card pool grew and I was able to string together six- and seven-card plays in a single turn. The first time I dealt several hundred damage from a single attack was exhilarating. That turn when I was on death’s door but was able to turn it around by triggering life-steal and tossing out several huge combo attacks to fully heal — that was intoxicating.’

‘If we must draw similarities to XCOM then we must discuss the bugs. Even today, XCOM 2 is far from the most stable package and many of those issues remain here. I have encountered everything from multiple crashes, visual artifacting, t-posing models, missions refusing to launch, cards being unusable or used without my input, and invincible enemies derailing exhaustingly-long boss fights. Over the course of the game’s 60-odd hours, these are probably infrequent enough to be forgiven by some, but with a game already this slow, repeating content due to crashes and bugs made the marathon more tedious.’

Stevivor, whilst also highlighting a few bugs including ‘rough’ PC load times and a ‘messy’ UX design, claimed it would still be enjoyable for ‘those looking for a deep story experience in the Marvel universe’, claiming:

‘Midnight Suns is long and overloaded with systems… but it is fun, both its combat and its superhero friendship simulation. The combat is good enough to keep you wanting more, and the story and character moments interesting enough that I didn’t mind how much they punctuated the flying fists and swinging swords. Making fighting alongside Wolverine as interesting as having a fireside chat with him is a tough ask, and Midnight Suns has nailed it.’

Despite some performance issues, Marvel’s Midnight Suns seems like it will cater to existing and newer Marvel fans looking to spend quality time with their favourite characters within the universe, and offers a rewarding insight into a few lesser known characters as well. Coupled with a fresh mish-mash of gameplay, it makes for a title that should stay exciting enough to last through its over 60 hour run time.