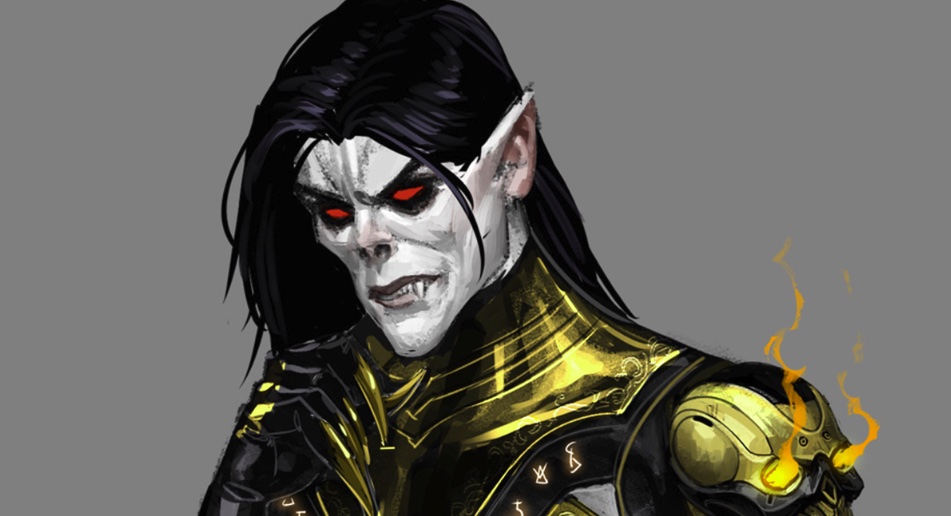 Everybody’s favourite blood-sucking hero Morbius is officially joining the stacked roster of Marvel’s Midnight Suns, as revealed during the #DeadpoolSuns Twitter takeover. The character was initially teased with a riddle – ‘it’s seven letters for this pasty fella’ – but the game was quickly over, even before ‘Deadpool’ began a game of Hangman to determine the mystery guest star.

With his pale, vampiric countenance and inexplicable popularity online, buoyed by memes and the box office bust of the cinematic Morbius film, he was the immediate and most obvious guess from fans. Briefly after the first puzzle was released, the jig was up – and the first look at Morbius in his Midnight Suns armour was revealed.

That’s right – it’s officially MORBIN’ time for Lilith and her merry band of demons as Morbius has now joined the fight.

This version of Morbius sports a hybrid design. He has the same red eyes and overall features of his comics counterpart, but the Firaxis development team have also given him a more human look – in line with his recent cinematic appearance.

Given Morbius rocks a gold plated Midnight Suns suit, it does appear he’ll be part of the main team working to take down supernatural threats. This team roster includes heroes like Wolverine, Ghost Rider (Robbie Reyes), Scarlet Witch, The Hulk, Spider-Man, and other heavy-hitters – with plenty of choices available for players.

Of all the characters included, Morbius has the strongest ties to the original Midnight Sons comic, on which the game is based. He was actually a member of the Sons, and worked as a leader alongside Johnny Blaze, Danny Ketch (Ghost Rider), and Blade.

There’s hope the rest of this lineup will eventually be announced for the game – but for now, we’re just glad Morbius is getting justice.

Marvel’s Midnight Suns launches for PC and consoles on 2 December 2022.