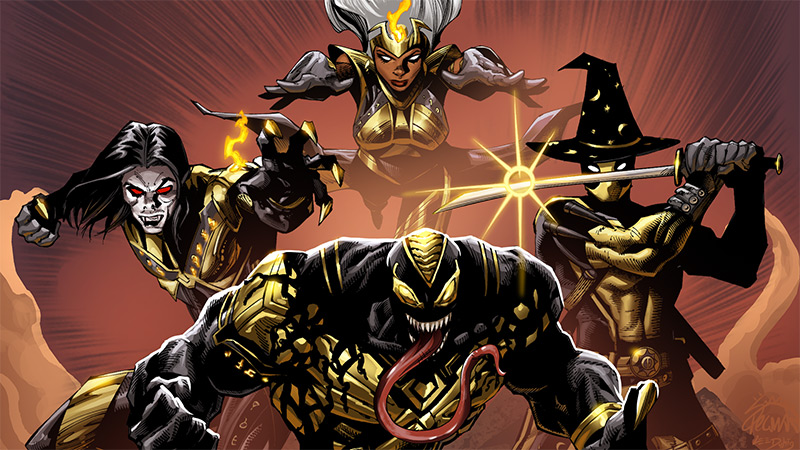 Marvel’s Midnight Suns boasts a starry roster of Marvel heroes – including iconic heavy-hitters like Captain America, Iron Man, and Wolverine. These veterans will make up the main cast of the game, but they’re not the only heroes on board, with more being added by the day.

Ahead of the game’s launch, Firaxis Games and 2K Games have revealed more of the Midnight Suns main cast, including new additions arriving in the post-launch Season Pass.

As revealed during the #DeadpoolSuns Twitter takeover, Marvel’s Midnight Suns is set to get a season pass after its launch. There is no date set for the four major DLC packs included, however, they will likely be released in sequential order in the months following the game’s launch.

Here’s what you can expect in each pack:

Each pack will include a new character, and will also introduce new story missions and in-game upgrades. Like other characters in the game, the DLC crew will also have a range of skins and outfits to unlock.

The addition of these four heroes brings to the total character roster of Marvel’s Midnight Suns to new heights. Here’s every hero confirmed to be playable in the game so far:

That’s one hefty lineup, and it’s likely set to get bigger in future. Each of these heroes will have special abilities to utilise in the game, and a range of costume variants that’ll change up their looks. Those keen to explore the deeper, darker parts of the Marvel universe will certainly have plenty of choices to make about who they bring on their journey, and what hero unlocks they want to pursue.

Stay tuned for more details as we get closer to the launch of Marvel’s Midnight Suns. It’s set to land on PC and consoles on 2 December 2022.