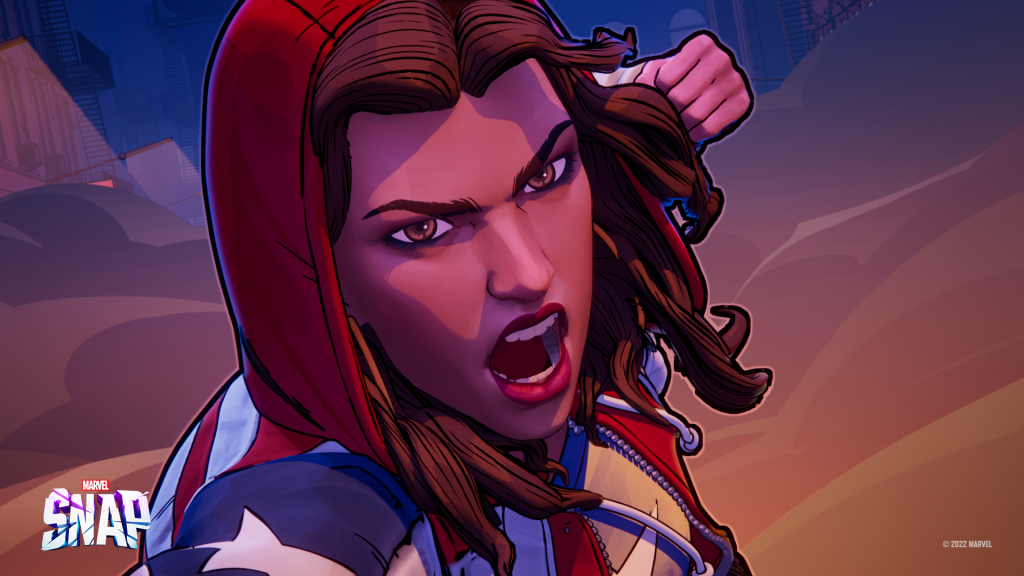 Marvel has unveiled a brand new game for mobile and PC, known as Marvel Snap. The game was first teased via a flashy, multiverse-spanning trailer, and now we know a lot more about what’s coming. While the ‘snap’ commonly associated with Marvel came about during the events of Avengers: Infinity War, it appears this name is actually a clever play on words, as this title is a fast-paced 1v1 digital Collectible Card Game (CCG).

In Marvel Snap, players will assemble a team of heroes using America Chavez’s iconic ‘universe punch’ to bring through classic and modern Marvel characters into the game’s world. Once your team is assembled, you’ll be able to send them to battle in quick, 3-minute fights against a range of powerful enemies.

The action is all very Hearthstone, and there’s a good reason for that – the Second Dinner development team was founded by former Hearthstone director and designer, Ben Brode.

According to the game’s developers, both players involved in a single match will play at once, reducing waiting times between rounds. The scramble here is all about collecting cosmic cubes, and claiming unique locations on the battlefield.

Each character in the game has a unique ability, based on their comic lore – Cyclops has an optic blast, Spider-Woman uses venom, and Carnage has slimy red tentacles – and each will help players claim victory in one form or another.

As players battle, they’ll be able to collect a number of cards and characters, which all have unique, stylised variants.

The pixel cards in Marvel Snap are particularly flashy, and feature a classic retro art style that make collecting all of them extremely tempting. Alongside this set are cards from artists including Max Grecke, Skottie Young, Kris Anka, and Dan Hipp.

The game is free-to-play, but developer Second Dinner has made clear that players will be able to earn every card over time without paying anything. By taking part in daily events and battles, these will be earned at a steady pace.

You can check out the gameplay reveal for the upcoming title below:

Marvel Snap is currently set to launch later in 2022, with closed beta sign-ups now open for Android users. Given the game has reportedly been in development for four years, we shouldn’t have long to wait for a fully-fledged release on mobile and PC.