The next Mario Kart 8 Deluxe DLC courses may have leaked 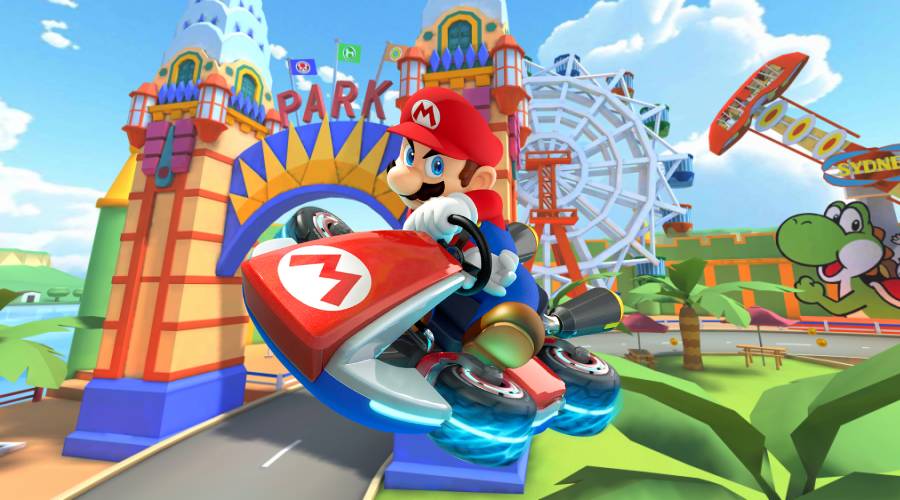 A new image reportedly from the Mario Kart 8 Deluxe Booster Course DLC files may have revealed the next tracks joining the game in the upcoming wave two content drop. The image, shared online by Twitter user MrNantendo, appears to depict several upcoming tracks in official artwork for the Booster Course, with many appearing to be remastered versions of classic tracks that haven’t yet been officially announced.

One of these is the delightful Sydney Sprint trick, which hails from mobile title Mario Kart Tour. This track is essentially a tour through downtown Sydney, Australia – and even features a replica Opera House, Harbour Bridge and Luna Park, all rendered in gorgeous, eye-popping colours.

Sydney Sprint really is a gem, and it should look great in Mario Kart 8 Deluxe.

While there’s still a chance the image discovered doesn’t directly relate to new content, it certainly looks legitimate enough, and the tracks chosen are all fabulous choices.

Beyond Sydney Sprint, many of the tracks discovered appear to hail direct from Mario Kart Tour. Los Angeles Laps, New York Minute, Merry Mountain, and Vancouver Velocity are all reportedly included in the newly leaked image.

Data miners have also managed to uncover exactly how many tracks are coming from each version of Mario Kart in future. It appears each upcoming cup already has blank spots reserved for upcoming courses, with a prefix determining which game each track originally came from.

On counting, it appears there’ll be:

There were also seven blank spaces discovered in the data, which could relate to unknown tracks or extras from any of the above categories.

So far, Nintendo has yet to confirm exactly what’s on the way for Mario Kart 8 Deluxe – but we do know we’re expecting 40 new courses between now and 2023. So far, the first eight have already been unleashed, with more expected to follow later in the year.

Whatever arrives, they’ll come as welcome relief. After years of playing the same tracks over and over, Mario Kart 8 Deluxe players will finally have something new to sink their teeth into. Stay tuned for more news as Nintendo officially reveals the next wave of Mario Kart courses.