New champions, a fan-favourite rework, and the return of the Chemtech Drake are coming to League of Legends in 2023.
Julian Lee 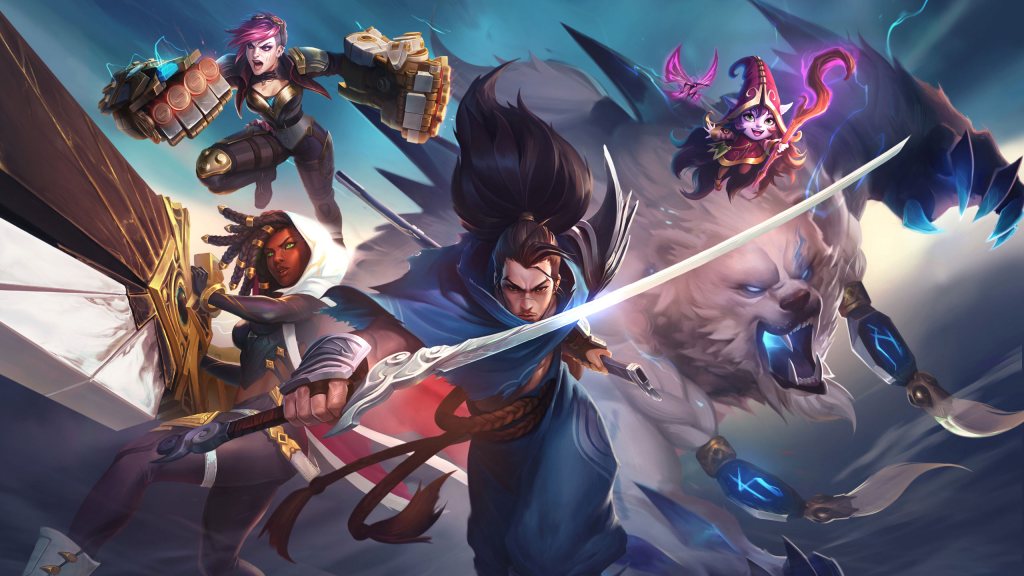 New champions and changes coming to League of Legends for its 2023 preseason update have been announced in the latest LoL Pls video, giving us a look at what’s in store.

As has become the norm, following its annual World Championship – this year’s starts in late September – League of Legends releases its preseason patch for the coming year, shipping larger changes in the period to shake things up for the game, without disrupting its professional scene. This year’s iteration features three new champions, changes to two existing ones, as well as the introduction of various gameplay, UI and cosmetic updates.

The first new champion announced is K’Sante, pride of Nazumah, who hails from a previously unexplored region in the desert nation of Shurima. As of the April 2022 Champion Roadmap, K’sante is described as a new ‘high skill’ top lane tank. The new video describes his ability to ‘at any moment, can shatter [his weapons] revealing carefully crafted blades’. This champion is shaping up to be interesting – with Monster Hunter-like weapons that hopefully herald different modes and respective abilities. The last champion to change his abilities as part of the character was Kled,  released in 2016 – only replacing one of his abilities, as opposed to older champions like Jayce or Nidalee who would replace all three when changing forms.

The second revealed champion is a new Darkin – League of Legends’ evil race of sentient weapons that possess their wielder. The latest addition to the cast will be a dagger, and hints from Ryan ‘Reav3’ Mireles, lead champion producer, such as “throw me a … bone here,” “barkin’ for some darkin,” and “who or what got a hold of these daggers” leads us to believe that the wielder of this blade will likely be some form of canine companion.

The third new champion is a male enchanter character from Ixtal, League of Legends’ Mesoamerican-inspired region. Out of the game’s 161 characters released thus far, there is currently only one other male enchanter – Taric, who has been in the game since its initial release over a decade ago. The champion is set to explore a ‘very different side of Ixtal’ contrasting the royal luxury of palaces where the most recent Ixtali champion Qiyana originated. This release should excite a number of players who have been anticipating such an addition to the enchanter pool – myself included.

Changes to existing champions include a rework for celestial dragon Aurelion Sol. A long-time fan-favourite for his grandiose design and character lore, Sol has widely been regarded as having a problematic and unintuitive and notoriously hard-to-balance set of abilities. This will hopefully change with the new ‘comprehensive gameplay update’ (CGU) that sees the dragon flying and breathing celestial fire at will, more in line with the power fantasy that League of Legends developers are aiming to create for the champion. A preview from earlier this year also showed Sol gaining changes to his abilities as each game progresses – evolving over time to become larger and more powerful.

Assorted quality-of-life changes to the jungle were detailed, described as making the experience ‘less punishing’ while still preserving the integrity of unique champion clears and rewarding extensive player knowledge. Leaks a week prior to the official announcement also showed a work-in-progress system with jungle pets that eventually become permanent upgrades.

Also new is the return of a controversial neutral objective – the Chemtech Drake, which, in the past, would temporarily revive players in combat for the rest of the game and obscure sections of the map when slain. These changes seem to have been dropped in favour of simpler effects – granting players damage reduction and increased damage based on their missing health, and giving plants on the map bonus effects.

New pings for communicating with teammates were shown off – options for engage, harass, freeze and push were shown alongside the already existing four. These should allow for more advanced communication in coordinating the game’s state between teams, to supplement the game’s sparse use of in-game voice chat. While the new icons chosen by developers feature rather purposefully innocuous images, the potential for players to use these to ‘communicate’ with teammates in ‘creative’ ways is not lost on me.

These gameplay changes were outlined by Matthew ‘Phroxzon’ Leung-Harrison, lead game designer, who also recently spoke about the narrowing design space for the MOBA.

Other new features include a visual overhaul for nine-tailed fox, Ahri, and, as decided by a poll in February, a revamp to the Gothic skin line – back from the dead as new theme, Fright Night. Concept art shows detailed skins for Draven, Renata, Urgot, Trundle and Annie sporting Tim Burton-esque looks.