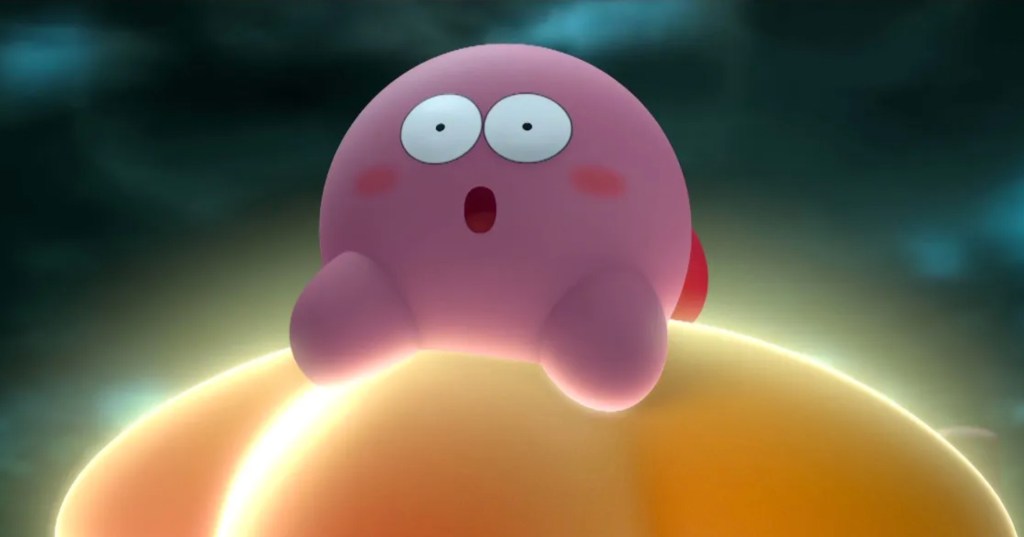 New footage from a cancelled Kirby game for GameCube has landed online, in the form of shaky, low resolution video from the E3 show floor. The existence of the game has long been known, with developers talking openly about the difficulties they faced in creating the title, but very little actual footage has been found, given it was only showcased once in public.

The new snippets show off a range of Kirby’s adventures in the game, including a romp through the desert on a cloud, a sewer journey, a space-bound blast, and a fight between enemies in a stony castle. The Sword, Hammer and Parasol abilities are also shown off.

The video appears to be promotional in nature, with each snippet playing on a loop to hype up the eventual launch of the game. Like other Nintendo projects of its era, ‘Kirby for Nintendo GameCube‘ was wildly ambitious – and it appears this was the reason why the game was eventually cancelled.

In a 2011 interview, HAL Laboratory developers admitted as much while ruminating on the history of Kirby games, and just how many cancelled titles the series has.

‘Right after Kirby 64: The Crystal Shards, we immediately began working on a new Kirby game,’ Shigefumi Kawase, Kirby game producer said of the cancelled project. ‘That was during the time of the Nintendo GameCube system, and screen shots were shown at the E3.’

‘Actually, there are three lost Kirby games. The first one is the one that pictures were shown off at E3. It was a Kirby game based on the concept of four-person simultaneous gameplay. That was when I learned how difficult it is to make a game that is both multi-player and single-player.’

‘The second one was an experiment with extremely challenging gameplay that placed Kirby in 3D space and allowed players to freely move around. But unfortunately, we weren’t able to achieve the quality we hoped for and it never reached completion.’

It’s unclear which game the footage belongs to, given how short the gameplay snippets are. It appears only one title was shown off at E3 – the ambitious title with multiplayer capabilities – but no actual multiplayer gameplay can be seen in the clip. There is, however, small segments which appear to take place on 2.5D plane, which could indicate the footage is from the second game Iwase described.

You can see for yourself below:

Whatever the case, the footage is a fascinating find.

Nintendo has been notoriously tight-lipped about cancelled games outside of rare opportunities, with only scraps remaining of its unseen history. This video is a relic from a bygone area, and illuminates a lot about the ambitions of developer HAL Laboratory during an essential and game-changing era for the company.