Hogwarts Legacy includes a number of PS5 DualSense features set to 'enhance' the magic of the game.
Leah J. Williams 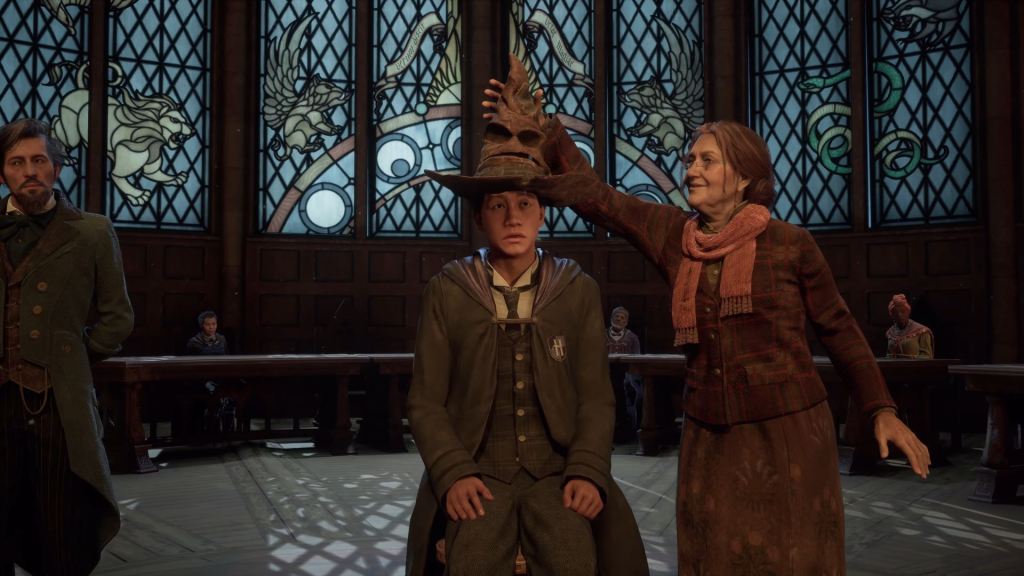 A brand new trailer for Hogwarts Legacy has hyped up the game’s DualSense integration for PlayStation 5, showing off all the nifty tricks it will pull off to try and immerse players in the game. The primary focus of the trailer is on lighting and haptics, which will change dynamically based on whether players are exploring, fighting, flying, or using magic in game.

In idle play, it appears the DualSense controller will display the house colours of the game’s main character – red for Gryffindor, yellow for Hufflepuff, blue for Ravenclaw, and green for Slytherin. In combat, each spell will also pulse colour through the controller, for that added bit of pizzazz.

The game will also implement increasing haptics based on spell difficulty, to indicate the ‘struggle’ of casting magic. More powerful spells will need greater physical effort, meaning players will feel the push and pull of their flashy moves, whether they’re taking part in duels or fighting for their lives.

‘A witch or wizard should never be without their wand, and the PlayStation 5’s DualSense wireless controller becomes an extension of your wand in Hogwarts Legacy,’ a new PlayStation Blog reads. ‘With so many spells at your disposal, the adaptive triggers allow for more flexibility in combat. You’ll feel the magical resistance at your fingertips through every spell, whether firing off a basic cast or summoning the strength for a more powerful charm.’

Haptic feedback also extends to other parts of gameplay. When you fly on a Hippogriff or broom, you’ll feel the vibrations and shaking of the wind. You’ll also feel the screech of Mandrakes in Herbology class, and the mortar and pestle rumbling in Potions.

While the PlayStation Blog also promised fast loading while using the fast travel Floo Network, and immersive 3D audio, it’s likely the DualSense features will be most appealing for console fans.

Recent game releases have begun to stray away from ‘next gen’ features due to the need to launch games on current and last gen consoles. As a result, the excellent DualSense controller has gone largely under-utilised. Games like Astro’s Playroom have shown off exactly what the controller can do – from adding in a sense of pressure and real-life movement to in-game actions, to creating interesting, multi-layered soundscapes.

It appears Hogwarts Legacy is implementing at least some of these features into gameplay to spice up exploration, adventure, and the game’s sense of ‘magic’.

Hogwarts Legacy is currently set to launch for PlayStation 4, PlayStation 5, Xbox One, Xbox Series X/S, Nintendo Switch, and Windows PC in the holiday period of 2022. You can find out more about the game here.