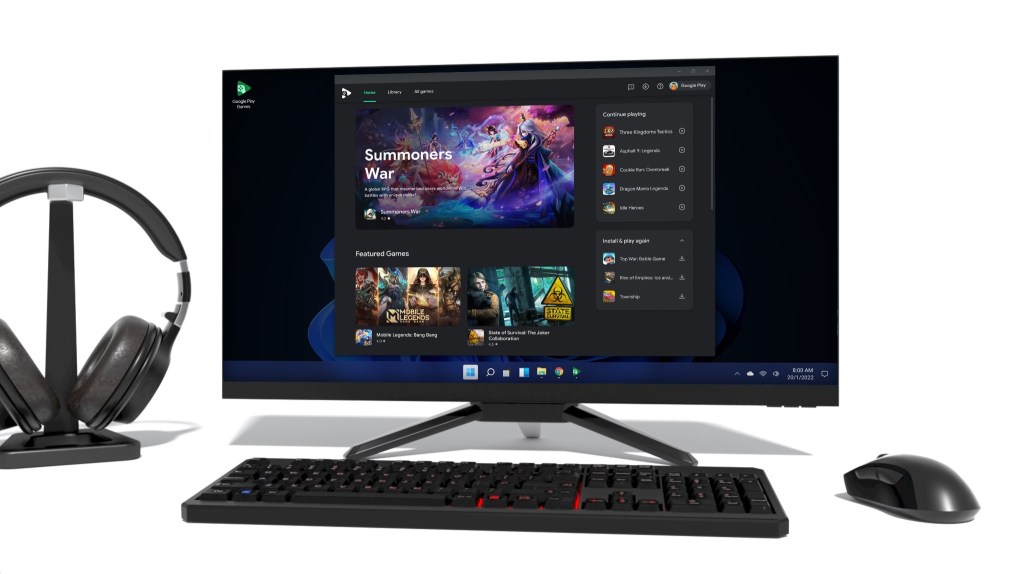 Australians now have a convenient way to play games developed for Android devices on their Windows PC: the beta of Google Play Games, the company’s solution to playing a selection of games designed for mobile and tablet devices on the big screen. The beta is also available in Hong Kong, South Korea, Taiwan, and Thailand.

The service provides screen-recording features, user IDs, achievements, and public leaderboards for the Android ecosystem. The PC version of the service also allows you to use a mouse and keyboard in certain situations, and will seamlessly sync progress across your Google login.

Currently, the PC beta version features ‘over 40 games’ including Summoners War, Cookie Run: Kingdom, and other popular mobile titles, with more being added on a regular basis.

To participate in the beta, your PC must meet these minimum requirements:

Support for Mac is not yet available.

First announced in 2021, Google has said the beta rollout will expand to other regions of the world ‘later in 2022 and beyond.’

The rollout on PC appears to be in response to the cross-platform functionality Apple is providing with its Apple Arcade games subscription service – those who are signed up to the service can play the games available on their iPhone, iPad, Apple TV, or Mac desktop or laptops.

For those in Australia, Hong Kong, South Korea, Taiwan, and Thailand, you can now download the beta from the Google Play Games website.