Everything announced at the Future Games Show: Spring Showcase

The Future Games Show promised 40+ games, including a number of fresh reveals, and it certainly delivered.
Leah J. Williams 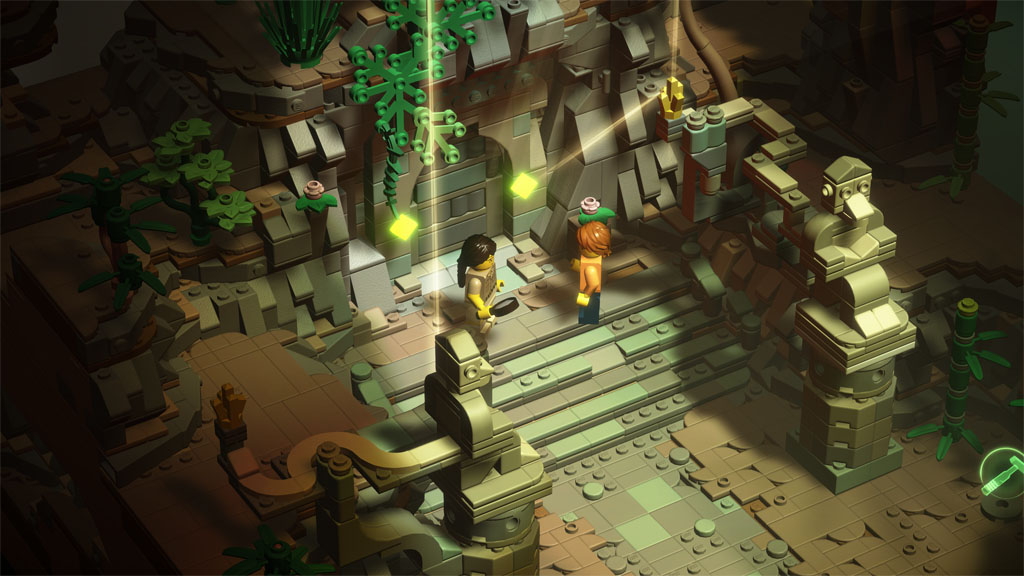 The Future Games Show: Spring Showcase promised a number of new game reveals, alongside fresh gameplay for already-announced titles, developer talks, and more. With eight ‘world premiere’ reveals promised, it was certainly a show worth tuning in for – and it helped filled out the sparse gaming calendar for 2022 and beyond.

Here’s everything announced at the Future Games: Spring Showcase event.

This article had been updated since its original publication.

The Time I Have Left is a spooky body horror adventure

The first World Premiere trailer showed off spooky visions in a grim sci-fi world, with oozing bodies and surreal, multi-limbed pathways in space. The strange, so-called ‘utopia’ in the game certainly doesn’t seem that way. There’s plenty of odd body horror in this trailer, and plenty for the game’s protagonist to overcome.

The next game, a cel-shaded, rhythm-based first person shooter appears to have a lot in common with Overwatch, in terms of its frenetic gameplay. But with a rocking beat, there’ll be an added layer of challenge while you run and gun. It looks very frantic, very colourful, and a bunch of fun.

You play golf with cars in Turbo Golf Racing

Another wacky golf simulator is on the way – and this time, it’s a cross between Rocket League and What the Golf?. In Turbo Golf Racing, you’ll become a tiny car hitting a giant golf ball – it’s a simple and very endearing premise.

The game lands on PC, Xbox One and Xbox Series X/S ‘soon’, with a beta on the way.

A44 Games shows off Flintlock: The Siege of Dawn

The New Zealand-based developers behind Flintlock: The Siege of Dawn revealed more about the upcoming game in a fresh behind-the-scenes look at how it’s progressing.

The game launches for consoles and PC in 2022.

A ‘futuristic social deduction game’ starring a sci-fi Sherlock Holmes and an AI Moriarty is on the way, in the form of Crimesight. It features a colourful cast of anime-style characters in a ‘foreseen future’ where you must solve murders on a Cluedo-like board. There’s certainly a lot of Persona influence in the art style here.

Death Stranding got a fresh trailer at the Future Games Show, showing off the delightfully creepy adventure in all its grimy glory.

Demeo got a live-action trailer

Demeo, an upcoming digital board game, got a delightful showing at the Future Games Show.

The new trailer showed off exactly how voice chat works in the game, and how you can play together with friends in a streamlined digital tabletop experience. It’s not quite the same as playing together, but it should kick off some excellent, Dungeons & Dragons style adventures with your crew.

Dorf Romantik is a real gem

The hex-based Dorf Romantik looks like a real delight – this tabletop-like builder allows players to create a cutesy, colourful world, all rendered in pastel hues.

Alterborn is a new adventure game for PlayStation and PC

The next trailer was the World Premiere for Alterborn, a spooky adventure game which takes players through gloomy underground worlds filled with red, pulsing ooze (video games love their ooze). Not much is known about the game, but it looks delightfully moody and atmospheric.

Sengoku Dynasty is a snow-capped adventure

The next game is a gorgeous tale set in what looks to be feudal-era Japan. There’s gorgeous houses, cherry blossom trees, snow-capped mountains, and spooky crows on the horizon. The trailer is narrated by a young girl who appears to be in a lot of trouble.

Deliver Us Mars is a sequel to Deliver Us The Moon

The next trailer is a big mystery – it starts off with a sweeping, grim shot of a traveller wandering through vast sands. They grab a kind of pickaxe, and encounter an orb-like ball along the way.

This is Deliver Us Mars, a new adventure for console and PC.

In Justice Sucks: Tactical Vacuum Action, a robot vacuum cleaner is on the loose, killing people as it goes. There’s plenty of cartoonish blood in this trailer, and a lot of gore.

Team17 gets a game showcase

In a developer diary, Lavapotion talked about upcoming tactical strategy game Songs of Conquest, which features some absolutely gorgeous pixel art. In your journey with this game, you’ll join one of four factions, and set about conquering strange monsters and defending your lands. It really is a fantastic-looking game, and features extremely colourful, detailed battlefields to fight in.

Lego Star Wars: The Skywalker Saga gets a new trailer

A new trailer for the upcoming Lego Star Wars sequel showed off the game’s slick voice acting, action and plenty of Lego gags – including a model for Kylo Ren that’s completely shirtless. It appears ‘Swolo’ will be playable in this game, in great news for all those Adam Driver fans.

The trailer also showed off an intense battle between Emperor Palpatine and Yoda.

The Ones to Watch montage featured a number of intriguing titles

The Cycle: Frontier is a new free-to-play prospector-shooter

This realistic first person shooter sees players taking on the role of a prospector looking for treasure in a strange land populated by odd creatures. You can play the game solo, or take on challenges with friends and strangers. According to developers, the game is coming extremely close to its final release.

It launches in 2022, with a closed beta taking place in late March.

The Outbound Ghost is a new ‘paper RPG’

The next game shown off was inspired by Paper Mario and Undertale, and features a ghost trying to come to terms with its own death. In The Outbound Ghost, you’ll travel through a number of gorgeous lands, face off against terrifying beasts, and literally ‘battle your demons’. Combat is turn-based, and appears to be closely inspired by Paper Mario‘s own strategy system.

It does not currently have a release date.

This Means Warp is a new survival game

Refreshingly, there’s an Australian narrator directing the action in This Means Warp, a wacky survival simulator that takes place on distant space station.

The game is out now on Steam.

Forever Skies is a new third-person adventure game that sees players returning to an Earth now populated by the desiccated husks of buildings that tower over barren lands. There’ll be plenty of corpses along your journey as you attempt to discover the secrets of this warped land, and find treasure before escape from Earth is out of reach.

And to add to your problems? It appears you’re not alone.

In Alaskan Truck Simulator, you’ll take charge of your very own truck rig, work to manage your fatigue, refuel along the way, and enjoy the ambiance of your road trip.

Immortality gets another showing

Immortality is a new live action FMV-style mystery from Sam Barlow (Telling Lies), and follows the loss of actress Marissa Marcel, who appears to have gone missing at some point. By examining footage, you’ll uncover what happened to Marcel, and who was involved.

This game is described as an interactive movie trilogy, and is coming in 2022.

Imp of the Sun is out now

In 2D platforming adventure Imp of the Sun, you’ll have to save the sun from destruction as its light slowly dies. You’ll need to face off with great bosses to make it happen, as the fate of the world begins to look more and more grim.

In frantic horror adventure Expedition Zero, you’ll be travelling through a snowy landscape filled with mysterious, unseen beasts. It appears there’ll be bloody Cthulian horrors on your journey, so it’s certainly not for the faint of heart.

Silt is a horrifying ABZU

Silt is a monochromatic ABZU-like game where players will travel through the dark depths of the ocean.

Vampire: The Masquerade – Swansong gets a new showcase

During the Future Games Show, upcoming vampire game Vampire: The Masquerade – Swansong got a brand new trailer featuring third-person adventure and investigative gameplay. It appears you’ll be able to upgrade your strategy skills to help you uncover mysteries in your tale, and that you’ll need to balance these skills with a need to consume human blood.

If you don’t balance these traits, you may lose control and end up attacking people essential to your playthrough.

The Cub is a fantastic-looking cartoon adventure

The Cub is a gorgeous, cartoon-like game that features a young boy known travelling through a post-apocalyptic world. It appears to feature a world where most humans have left Earth, with the remaining few given to savagery.

It’s coming to consoles at some point in the future.

The final trailer is for a brand new Lego game

The final trailer is a new Lego game announcement!

This adventure features shimmering biomes that look a little bit like Captain Toad: Treasure Tracker levels in their mini form. It appears you’ll be able to digitally build creations in this game, with seperate segments for players to craft vehicles and items to help them on their journey.

The Future Games Show: Spring Showcase had a number of exciting reveals for 2022 and beyond. You can catch up with the show here, or check out every trailer revealed on the GamesRadar YouTube page.