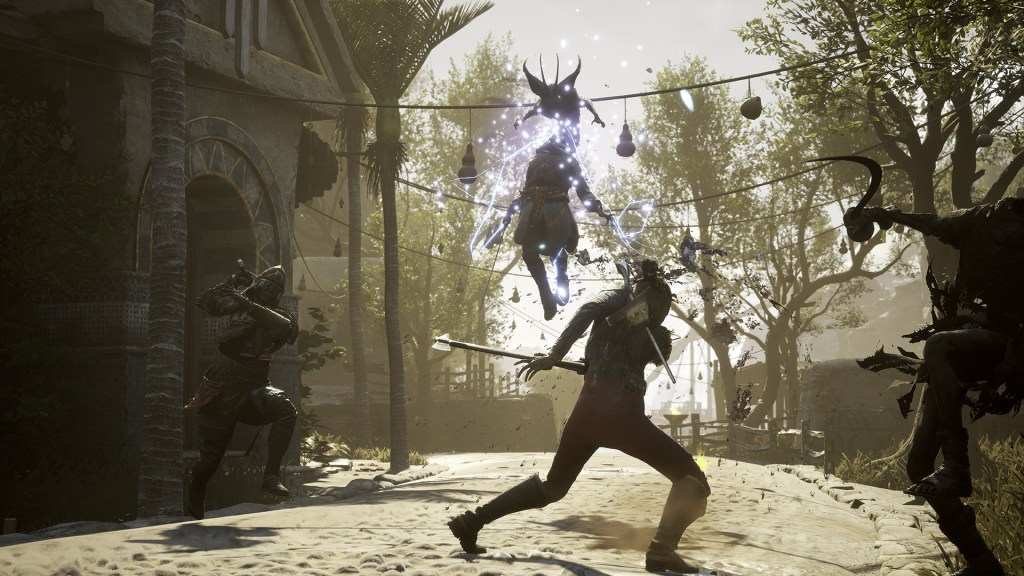 New Zealand-based developer A44 Games has revealed its latest title, Flintlock: The Siege of Dawn, with a flashy new trailer showing off a gloomy, dark fantasy world, grimy skeleton enemies, and steampunk-inspired combat. It’s described as an open world action RPG – one that builds on the foundation laid out in prior hit Ashen.

In Flintlock, you’ll play as Nor Vanek, a woman with a penchant for guns and axes. In her journey through deserts, ruins, and the mysterious ‘City of Dawn’, she’ll be accompanied by a hybrid dragon companion known as Enki, and also link up with a number of ‘Blackstream’ weaponry experts to conquer a hostile land as dark forces advance.

Her skills learned as a member of the game’s ‘coalition army’ will no doubt aid her dangerous mission.

According to the game’s official description, Nor Vanek will be given an impossible task to surmount: taking down the all-powerful gods as the Door to the Afterlife swings open and floods the world with dangerous and undead creatures.

Early glimpses at the game have revealed a journey between sprawling cities, dense forests and vast underground caverns, with strange magical creatures hiding at every corner. It appears there’ll also be plenty of guns, swords, and flintlock explosions along Nor Vanek’s treacherous path.

The title is the second major release for A44 Games, following the launch of 2018’s Ashen.

You can check out the first trailer for the sweeping epic below:

When the game launches in 2022, it’ll arrive day one on Xbox Game Pass for PC, Xbox One and Xbox Series X/S. It’ll also be available on PlayStation 4, PlayStation 5 and PC via Steam and the Epic Game Store.

Stay tuned for a firm release date as we learn more about the upcoming adventure.