Fortnite officially acknowledges Among Us as inspiration for Impostors mode

Fortnite has extended a gesture of goodwill to Among Us studio Innersloth in regards to their heavily inspired Imposters game mode.
Chris Button 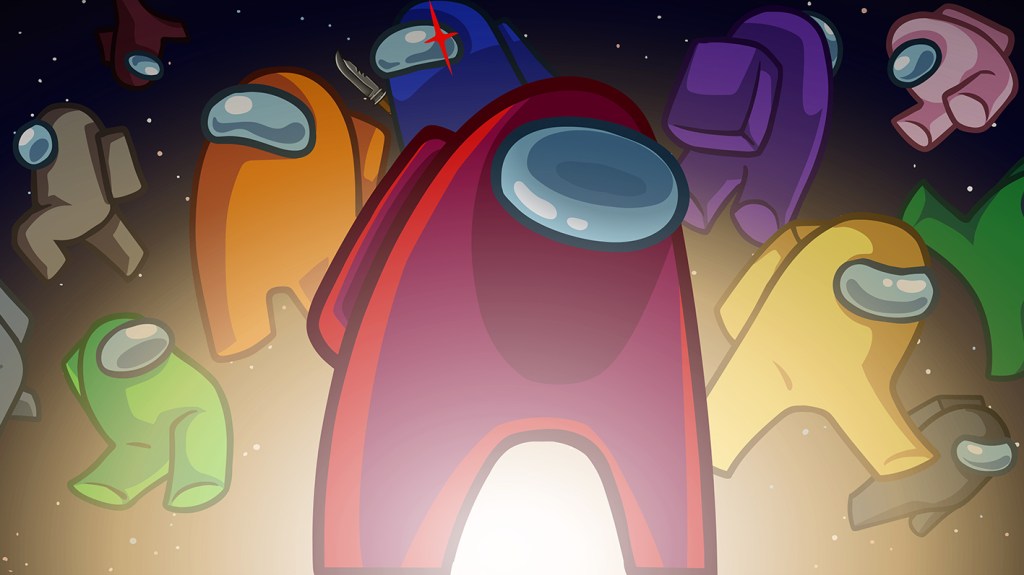 Among Us. Image: InnerSloth

Monolithic battle royale game Fortnite now includes a reference to social deduction sensation Among Us in its update notes as inspiration for the Impostors mode that Epic Games added in August. It’s intended as a gesture of goodwill after the mode initially disappointed members of the Among Us studio, Innersloth.

Included in Fortnite‘s version 18.20 update notes is a section dedicated to discussing the new role bias and voice chat features coming to Impostors. The section opens with a direct shoutout to its inspiration: ‘v18.20 brings improvements to Impostors, the game mode inspired by Among Us from Innersloth!’

On social media, the official Twitter accounts for both Fortnite and Among Us shared several responses indicating Epic Games and Innersloth, Among Us developers, are back on good terms. One tweet from the Fortnite account directly asked ‘what do you think about working on something fun together sometime?’ Considering Fortnite‘s habit of vacuuming up just about everything in pop culture for crossover content, it wouldn’t be surprising to see Among Us-themed outfits come to the game in the near future.

Impostors is a mode in Fortnite where up to 10 players compete to complete a series of tasks across a map while two impostors attempt to sabotage the rest of the group. For comparison, Among Us is a 2018 indie game where a group of players attempt to complete tasks while trying to deduce who the impostors thwarting their attempts are. Sounds pretty similar!

Among Us is a notable example of a delayed success story, as it originally launched to little fanfare and no online multiplayer, and steadily grew a player base off the back of popular content creators, eventually becoming a go-to social game following the impact of the pandemic. It broke through the public consciousness beyond capital-‘G’ gamers, with hundreds of thousands of people tuning in to watch US congresswoman Alexandria Ocasio-Cortez play Among Us on streaming platform Twitch.

At the time of Imposters hitting Fortnite, multiple members from Innersloth felt let down by the striking similarities between the new mode and their game, with no prior consultation taking place. Victoria Tran, Innersloth’s Community Director, tweeted at the time that ‘it would’ve been really, really cool to collab…just sad indie hours [right now]’.

‘Like game mechanics fine, those shouldn’t be gatekept, but at the very least even different themes or terminology makes things more interesting?’ Tran tweeted.

Innersloth co-founder, Marcus Bromander, added on Twitter around the same time querying if Epic Games could’ve done more to make Impostors more distinct from Among Us.

‘We didn’t patent the Among Us mechanics,’ Bromander tweeted. ‘I don’t think that leads to a healthy game industry. Is it really that hard to put 10% more effort into putting your own spin on it though?’

On various corners of the internet, people have pointed out that social deduction games aren’t a new phenomenon. In-person and tabletop games such as Mafia and Werewolf are commonly used as examples of impostor-like components existing well before Among Us and Fortnite. Much of Innersloth’s collective disappointment, however, revolved around Fortnite‘s Impostors mode using a near-identical approach, right down to the map layout.

It’s also important to remember that Fortnite’s most famous game mode, Battle Royale, was adopted in the wake of the popularity of PlayerUnknown’s Battlegrounds; Fortnite was originally planned to be a game focussed on base-building.

Regardless, it’s good to see Epic Games and Innersloth playing nice and acting in good faith. So much so, that when GameDeveloper reached out to Innersloth for comment about Among Us‘ acknowledgement, Tran responded with ‘lol nice’.